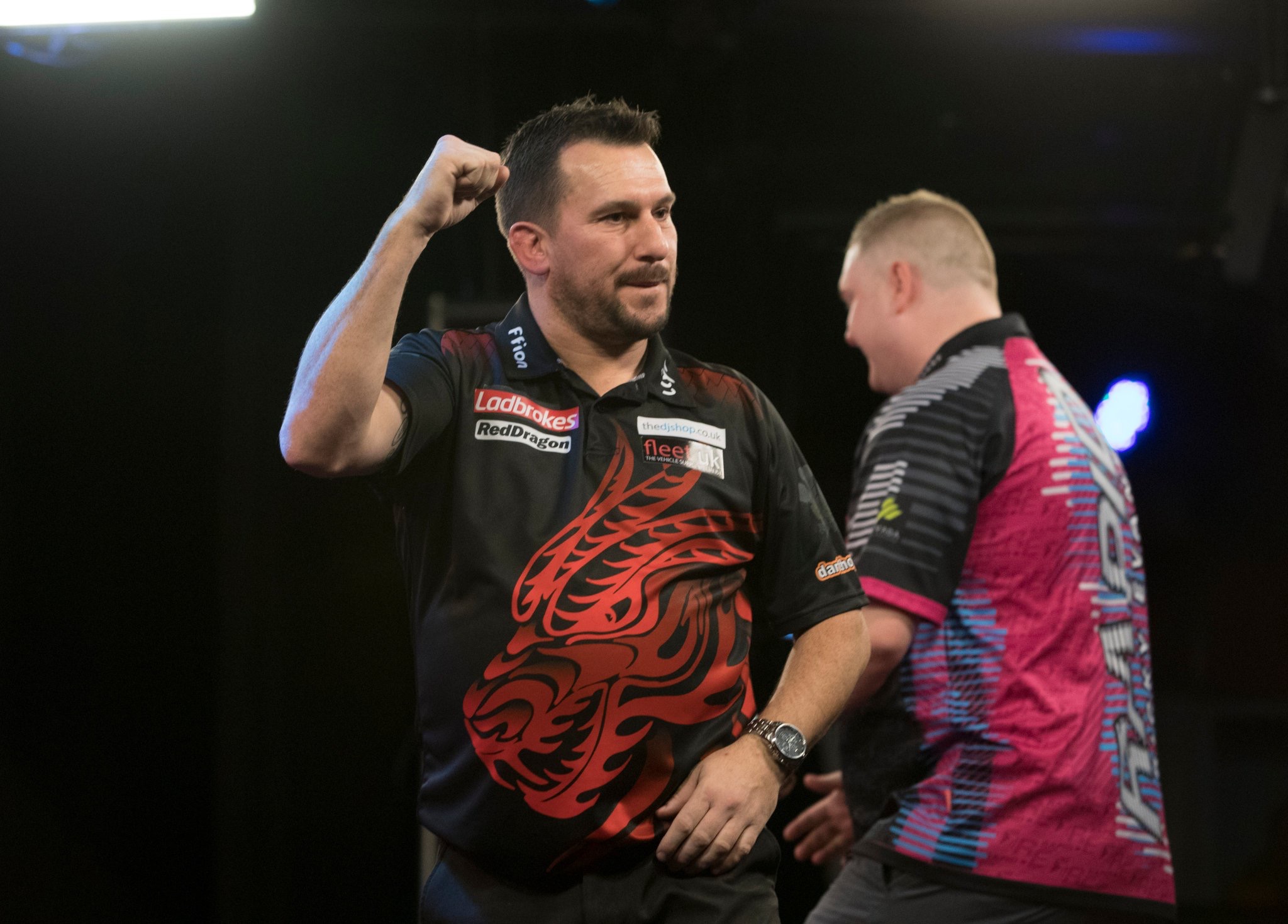 With Gary Anderson, Michael van Gerwen, Gerwyn Price, Daryl Gurney and Rob Cross absent, it was Wales’ Clayton who reigned victorious as ‘The Ferret’ clinched £10,000 for his efforts.

Clayton got off to a strenuous start. He was forced to fight back from 5-3 down against a youngster, Nathan Rafferty, before dispatching Austria’s Zoran Lerchbacher, Vincent van der Voort and Finland’s Marko Kantele to prevail to the quarter-finals.

The reigning Austrian Darts Open champion, Clayton, once again got embroidered in a tough tussle in the last eight as Jermaine Wattimena squandered match darts to hand the Welshman a narrow 6-5 win, before a convincing 99.3 average and 7-2 victory over Ian White sealed his place in the final.

Clayton raced out of the gates in the final, in blistering form, as he opened up a convincing 3-0 lead, but a valiant Clemens reduced the deficit to just a single leg at 4-3.

The next two legs went against throw as the former World Masters semi-finalist remained in contention, but thanks to three legs in succession, Clayton landed his third PDC title, backing up his Austrian Darts Open victory and his Players Championship crown at the backend of 2017.

Elsewhere, Raymond van Barneveld’s slump of form continued as he suffered a second round exit at the hands of Luke Woodhouse, while Glen Durrant was handed a heavy blow in the third round despite averaging 99.3 against Ian White.

Adrian Lewis, Dave Chisnall and Simon Whitlock were also dumped out at the last 32 stage of proceedings, as Portugal’s Jose de Sousa, who defeated Rob Cross on Saturday, distinguished Michael Smith with a 97.6 average.

The Players Championship series will return next weekend with another double-header taking place at the Barnsley Metrodome.

Landmark Day for O’Donnell at Event 12