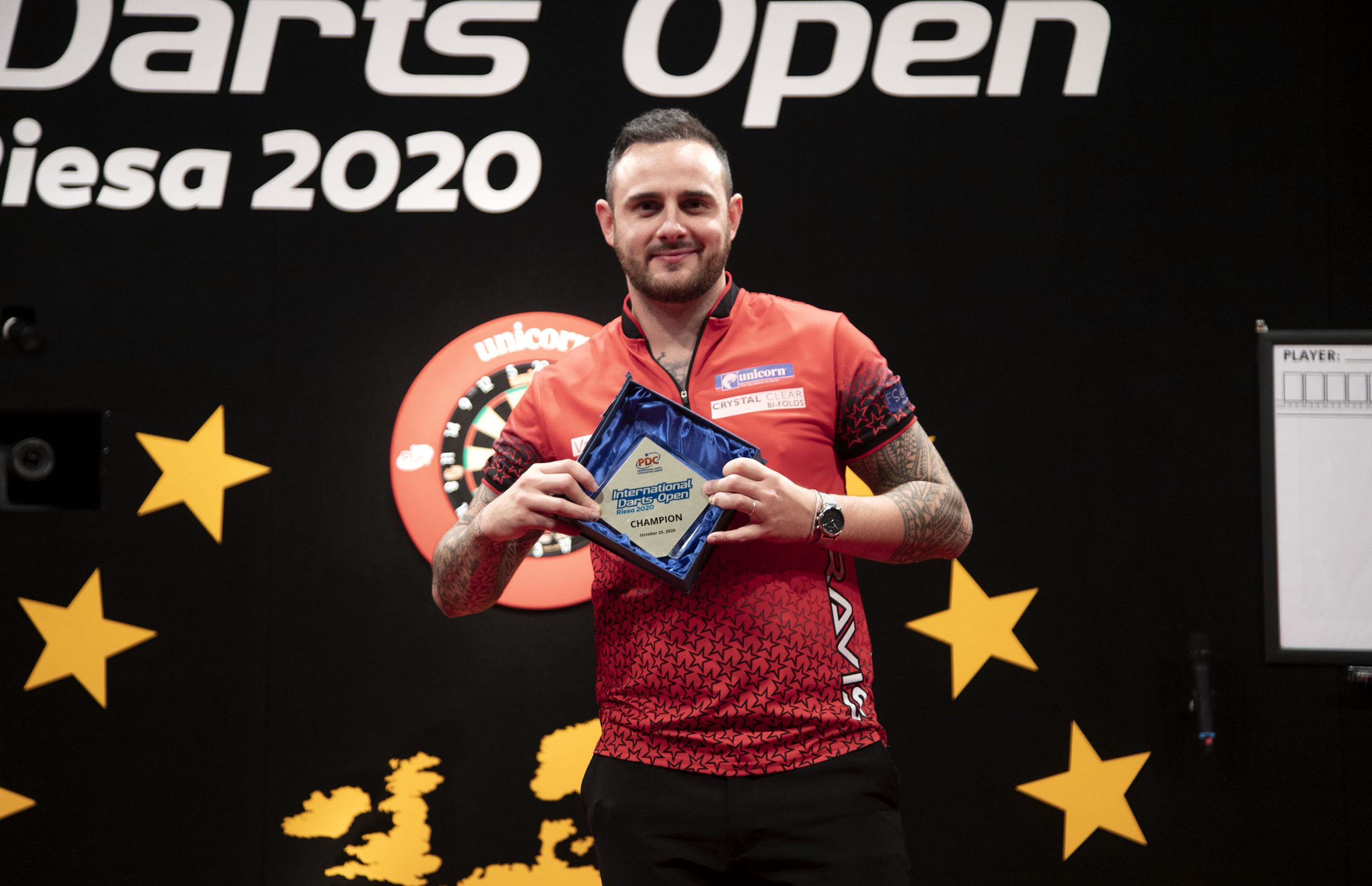 As the curtain came down on a truncated European Tour season, it was a clinical Cullen who doubled his title tally with a second crown on the continent in front of a sizeable crowd.

Cullen thrashed both Robert Marijanovic and Dave Chisnall to the loss of two legs to get his campaign off to a pleasing start, before edging past a prolific Ross Smith in the quarter-finals.

Despite racing into a 4-1 lead, it was far from plain-sailing for Cullen as Smith converted three combination checkouts to restore parity at four apiece, before the Bradford man found a 106 outshot himself to prevail.

The former European Championship semi-finalist returned to his dominant ways in the semi-finals, breezing past a below-par Michael Smith with a comfortable 7-3 win and seven out of nine on the doubles.

Cullen proceeded to pull off a superb victory over a struggling Van Gerwen, ousting the world number one by the same scoreline that he did so to win his maiden European Tour title last September.

A bizarre ‘Robin Hood’ shot from Cullen in the opening leg was followed by a terrific 116 checkout to hold throw from Van Gerwen, with the subsequent three legs also going the way of the man throwing first.

Van Gerwen then failed to get a dart at double from 107 and Cullen finished in 14 darts to gain a crucial break of throw, before doubling his advantage with a 13-dart hold.

Both players continued to expertly utilise their advantage of throwing first, with Cullen holding the ascendancy thanks to his pivotal break in the fifth leg of proceedings.

As the latter stages of the final approached and crowd interferences began to creep into the match, Cullen held a 7-5 lead, and fired home his fourth maximum in the middle of a sublime 14-darter to seal the deal.

It was a stellar weekend for the 31-year-old as he also topped the European Tour Order of Merit, meaning that he will be number one seed at the upcoming European Championship in Oberhausen.

In addition, Cullen will make his long-awaited Grand Slam of Darts debut next month after the prestigious tournament seemingly eluded him in recent years.

Meanwhile, it was a second successive final for Van Gerwen as the Dutchman battled his way through the tournament, despite struggling immensely compared to his usual scintillating standards.

The three-time world champion survived early scares against both Madars Razma and Andy Hamilton, before averaging in excess of the 102 mark in defeating James Wade and then seeing off Mensur Suljovic.

It was a remarkable quarter-final encounter between the pair, with Poland’s Ratajski averaging 102.29, but his hopes were scuppered by virtue of eight squandered attempts on the outer ring.

The European Tour concludes for this year, with the anticipated European Championship taking place from October 29-November 1 in Oberhausen, Germany.