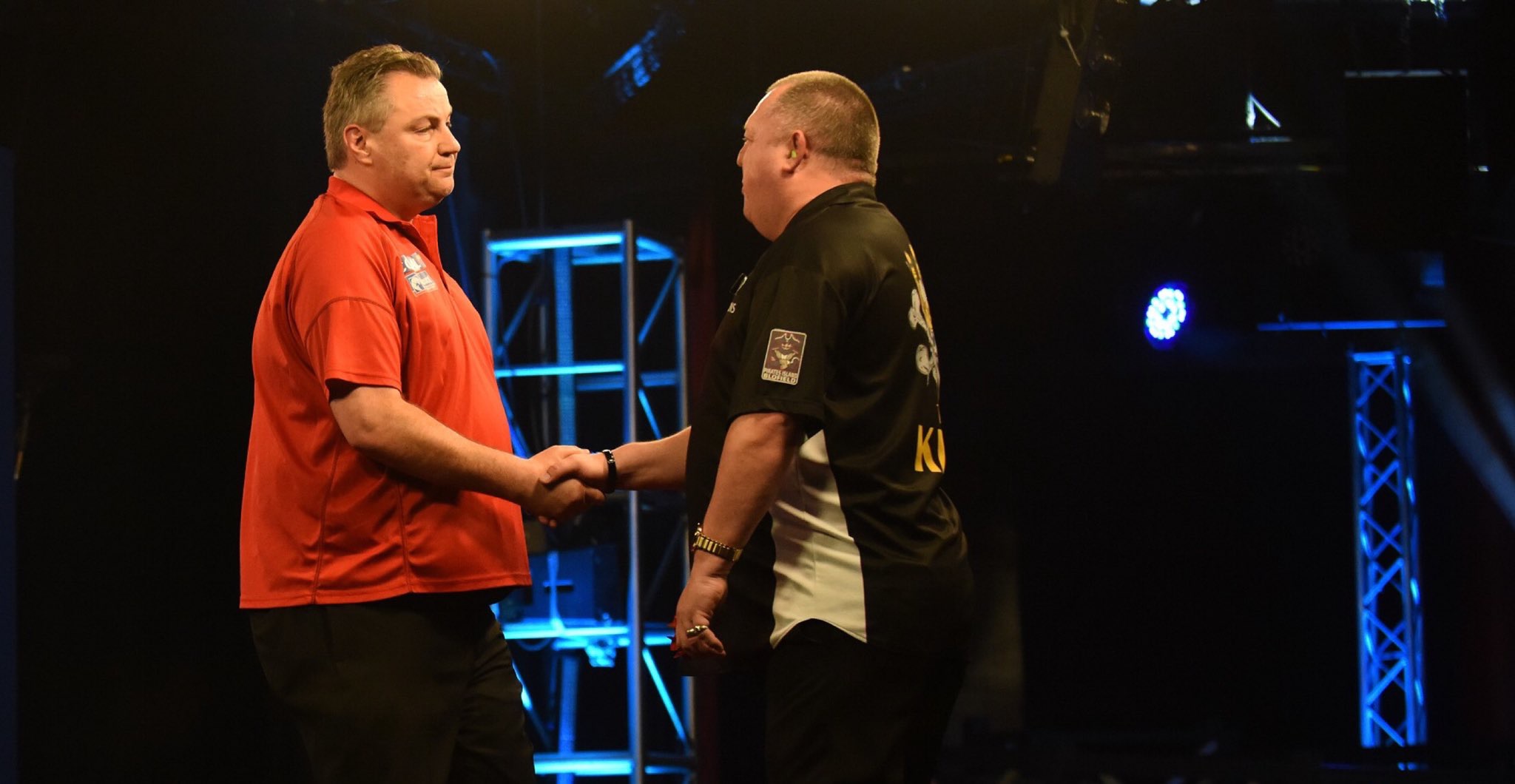 It has no doubt been a tournament to remember at the Butlins Resort in Minehead with the likes of Robert Owen, David Pallett and most surprising John Part – the three-time World Champion – making the quarter-finals.

Part opened the weekend dropping just four legs in his first three games before successive 10-9 victories over Ron Meulenkamp and Mervyn King – in a blast from the past. ‘Darth Maple’ finds himself into the final day of action of the new home of world darts despite his tournament average being just above 85.

The Canadian will now face a man who has set his aims to be the number one player in Wales – Robert Owen. ‘Stack Attack’ has saw off some fantastic players this weekend including Jamie Lewis and Ian White – who missed double 12 for a perfect leg yesterday afternoon.

Steve West and David Pallett will meet in another simple unpredictable quarter-final. I’m sure a few people would have picked ‘Simply’ Steve West it get into the quarter-finals but I doubt anyone would have chosen the man without a tour card Dave Pallett. Both players have had an outstanding and confidence-boosting weekend in snowy Minehead. West has beaten the likes of Michael Smith and Matthew Edgar while Pallett has reached the final day of action courtesy of victories over Kim Huybrechts, Robert Thornton and James Wade – a former UK Open winner.

Corey Cadby will then battle it out with Gerwyn Price. The last time the two met was fiery and dramatic in Glasgow at the Braehead Arena, Price came out on top that day and ‘The King’ wasn’t at all happy. Price has saw off the likes of Dirk Van Duijvenbode, James Wilson and the last remaining Riley’s qualifier – Paul Hogan while Corey Cadby has beaten Michael Rasztovits, Chris Dobey and Martin Schindler to make this stage. This was definitely the game the broadcasters and pundits wanted!

Finally, the current World Champion – Rob Cross takes on the former back-to-back World Champion – Gary Anderson. Nothing major going on in this one, just two players who averaged over 103 in their last match on the Minehead stage. This is a brilliant chance for both players to take another big title and pocket another £70,000.

Photography courtesy of Chris Dean and the PDC