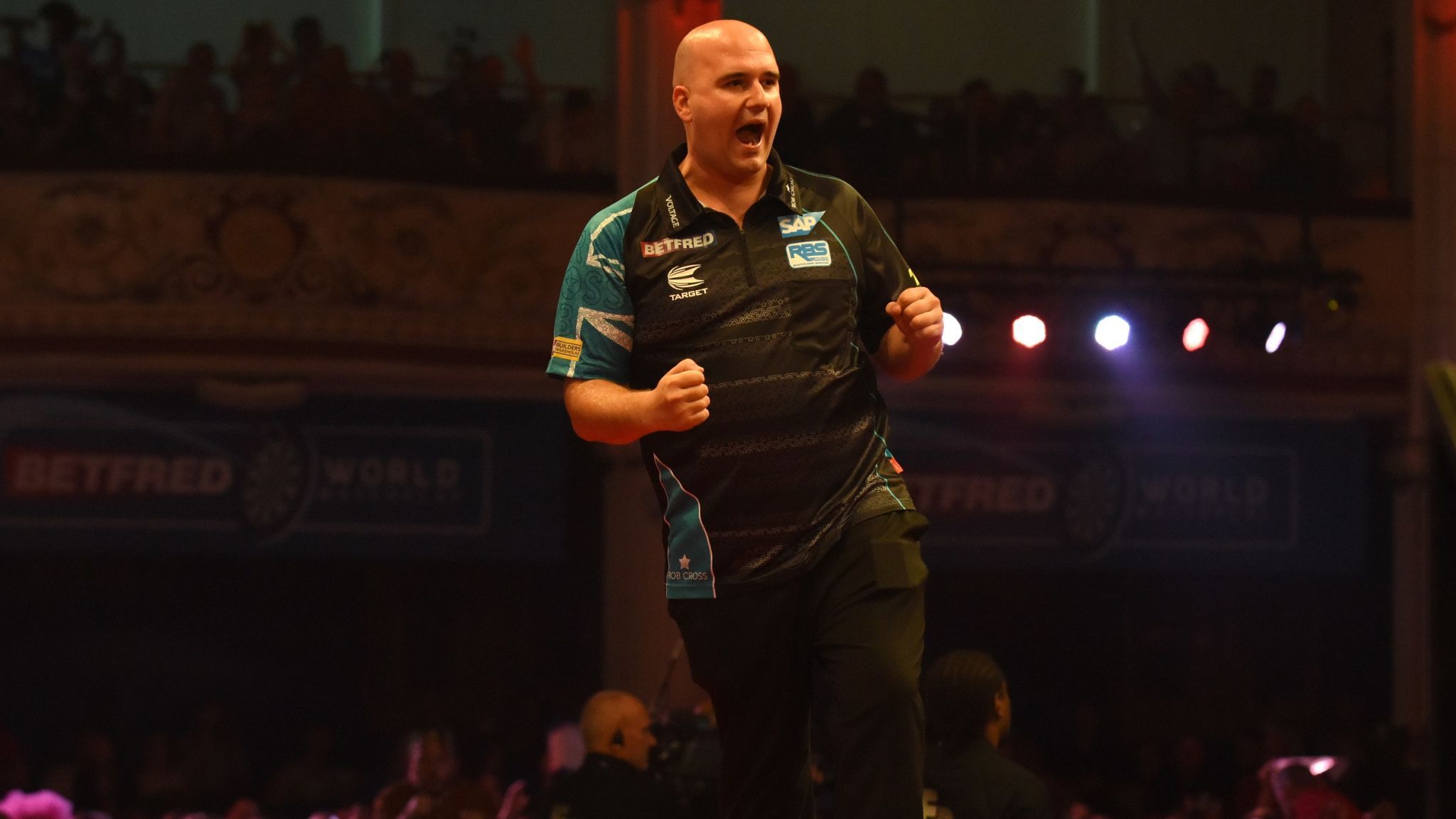 Rob Cross or Michael Smith will be the new name on the Phil Taylor Trophy as they both came through their semi final matches to reach the showpiece final on Sunday night.

Cross will surely feel his name is on the famous title, as he stormed back from a desperate situation at 14-7 and 15-9 down to reel off eight unanswered legs to break Daryl Gurney’s heart for a 17-15 win in a classic.

In a comeback that rivalled Andy Hamilton’s resurrection against Simon Whitlock in 2011 at the same venue, Cross was staring down the barrel when Gurney missed four darts at tops to go one away from victory at 15-10. Cross seized the moment, allowing Gurney just two more shots at a double, as he laughed a frenzied attack to make it 15-15.

Gurney was still swinging though, and although he landed 180’s in the last two legs of the match, he was a broken man, and when Cross finally re took the lead for the first time since leg seven, Gurney buckled with three missed darts at double twelve to force overtime, after Cross had missed two darts for the match at double nineteen, leaving Cross three darts at 38 to reach the final. With the last dart in hand, “Voltage” nailed double sixteen to send his fans wild.

Michael Smith will stand between Cross and the £150,000 first prize on Sunday night, as he relentlessly ended Glen Durrant’s fairytale tournament with a 17-10 success.

Smith was unstoppable in the early going, and this is where the damage was done as he stormed into a 9-2 lead with the three time BDO World Champion doing not much wrong. All nine of these legs were finished by Smith in fifteen darts or fewer in an unbelievable spell of pressure on the Teessider.

Durrant though would not fold, and he clawed his way back to 12-8 down with some impressive clutch finishing. Eventually though Durrant’s doubles would fail him, allowing Smith to find a second win to charge for the finishing line.

He did just that, winning five of the next seven legs on offer to reach his first Matchplay final with a 17-10 win. For Durrant, he can reflect on a breakthrough half year in the PDC ranks, and will surely look to go one or more steps further in future tournaments from here.