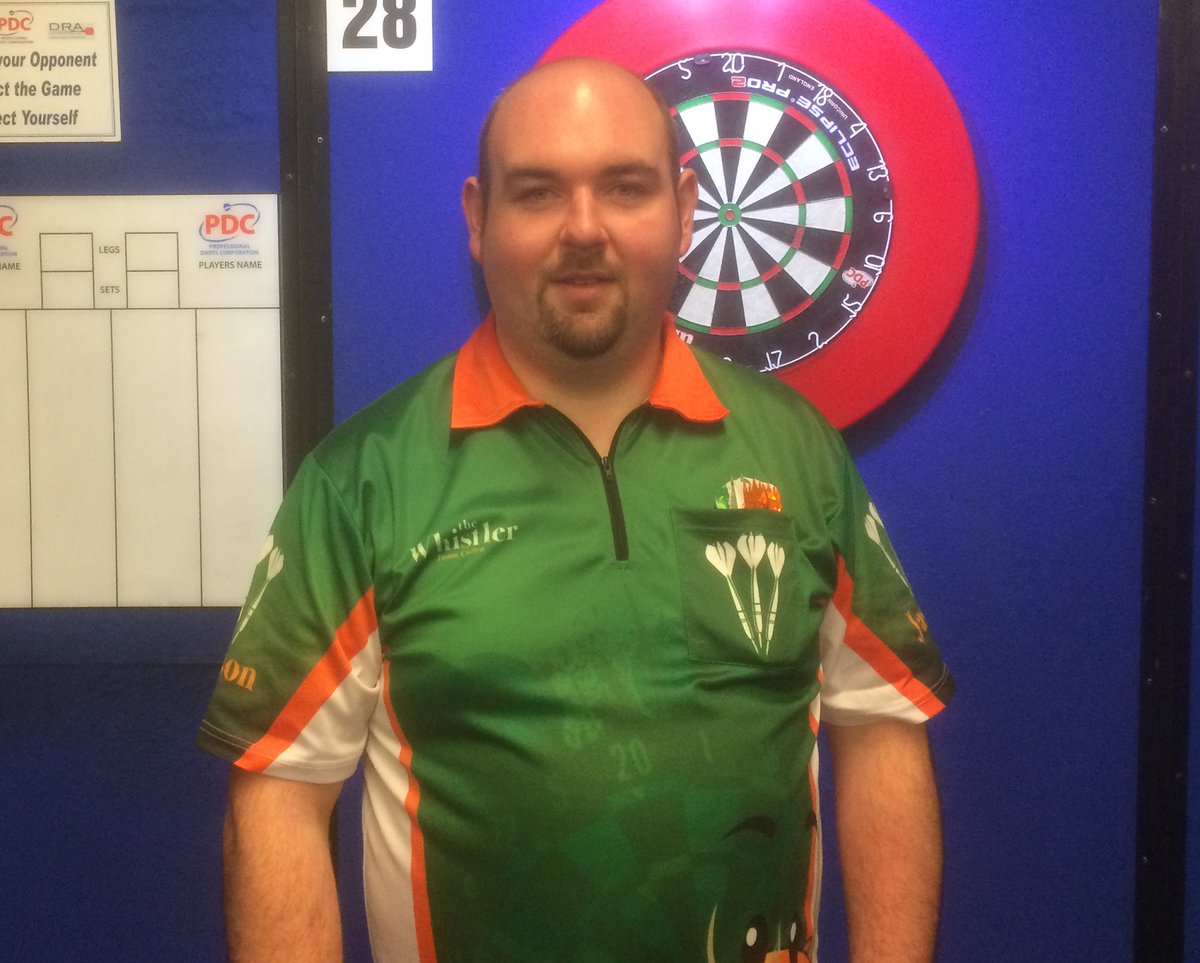 Jason Cullen and Martin Atkins both took their maiden PDC event win on Sunday in Wigan at Challenge Tour 3 and 4.

Atkins took the title in the first event of the day beating Michael Barnard in the final at the Robin Park Leisure Centre.

The 43-year-old switched over from the BDO just a week ago attending Qualifying School before claiming his first title in his hometown of Wigan.

Former UK Open finalist Colin Osbourne was next to suffer defeat to Atkins, falling 5-2 before defeating Ricky Edwards and Jason Lowe to reach the final.

Tony O’Shea, a former Lakeside finalist, defeated some fantastic players on a brilliant run to the semi-finals including the likes of Diogo Portela and former World Championship semi-finalist Andy Jenkins.

2017 Tom Kirby Memorial Irish Matchplay finalist, Jason Cullen was victorious in the second event of the day as he saw off Scottish Open champion Cameron Menzies in the final.

Cullen claimed £2,000 courtesy of his tournament win and started off his campaign with a 5-3 win over ‘The Pieman’ Andy Smith.

Leon Bailey was second to be defeated before Cullen overcame Kevin Dowling before whitewashing Matt Padgett. Wins over Ryan Murray, Stuart Kellett and Yordi Meeuwisse put the Irishman into the final, where he’d face Cameron Menzies.

It was a dramatic final in Wigan with the game going all the way to the deciding leg. Menzies was sat waiting on double before Cullen took out an outstanding 114 outshot to claim victory at the Robin Park Leisure Centre.

The PDC Unicorn Challenge Tour will return near the end of March at Arena MK in Milton Keynes, where another £10,000 in prize money will be on offer.