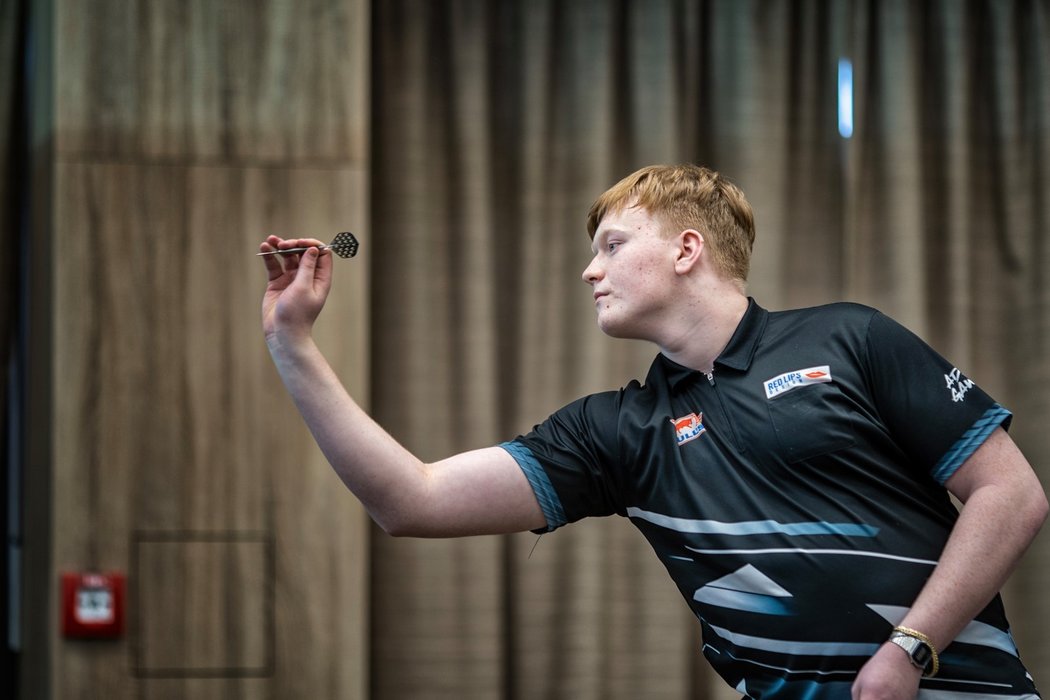 The new innovative tournament, played from the greatest Czech players’ homes, has been brought into fruition amid the current coronavirus crisis in order to fill the void created by the lack of local tournaments.

Gawlas, 18, who reached the final of both the JDC World Championship and aforementioned World Youth Championship last year, has bursted on to the scene in the last 18 months having took up the sport in blistering fashion.

Despite having only first thrown a set of darts in February of last year, the Trinec-based ace has already made his European Tour debut and come within touching distance of a place at the William Hill World Darts Championship.

Gawlas pinned checkouts of 78, 84 and 110 in his opener against Kysilka, with the latter being punished for squandered opportunities on the outer ring, before brushing aside both Barborak and Smejda – who much like Kysilka struggled in the doubling department.

Elsewhere, the aforementioned Kysilka, who impressed at European Q School earlier this year, returned to winning ways following his defeat to Gawlas with successive victories.

60 per cent on the doubles and two 180s sealed his first points of the season and a 6-2 win over David Pisek, before another finishing masterclass and an additional four maximums ensured a 6-3 victory over Alexander Masek

Both Masak and Pisek had already gained their first points of the campaign prior to facing Kysilka, with the former Czech Open quarter-finalist whitewashing David Rosi and Masek narrowly denying Michal Ondo in a deciding leg.

Pavel Jirkal, who faced Michael van Gerwen in the Prague Darts Masters exhibition a few years ago, pulled off some scintillating combination finishes, including a magnificent 120 outshot, en route to clinching his maiden victory on Thursday.

Jirkal missed last year’s inaugural Czech Darts Open, as part of the European Tour, after being abruptly hospitalised, and his campaign got underway in the remotely contested league with back-to-back defeats.

The 36-year-old then overcame Ondo to get off the mark, hitting 55 per cent of his attempts on the outer ring and both players pinning checkouts of 120 or above, with Ondo pinning the highest checkout (122) of the tournament so far.

Meanwhile, Rosi endured successive whitewash losses in his opening two matches, though, one of the moments of the opening three league nights came from the man in question.

After losing 13 consecutive legs and averaging less than 70, Rosi pinned an 18-darter – which was concluded with a remarkable 117 checkout – to gain his first leg of the tournament, before falling to a third defeat at the hands of Barborak.

Barborak, who recently completed a pairs nine-darter with PDC tour card holder Karel Sedlacek, hit a 112 outshot of his own against Rosi as he claimed his second win of the tournament.

Check below the standings after three weeks of the Czech Online Premier League! Adam Gawlas the only player who is still unbeaten! pic.twitter.com/QsRFEz5CSc

Czech number one Sedlacek will not feature in the inaugural remotely contested season due to being a seasoned professional and the regulations that come alongside owning a tour card.

The Czech Online Premier League takes place on Wednesday and Thursday evenings, and is available to watch via a number of bookmakers websites and on live television in the Czech Republic.

Click here for the updated table, schedule in full and additional information regarding the Czech Online Premier League