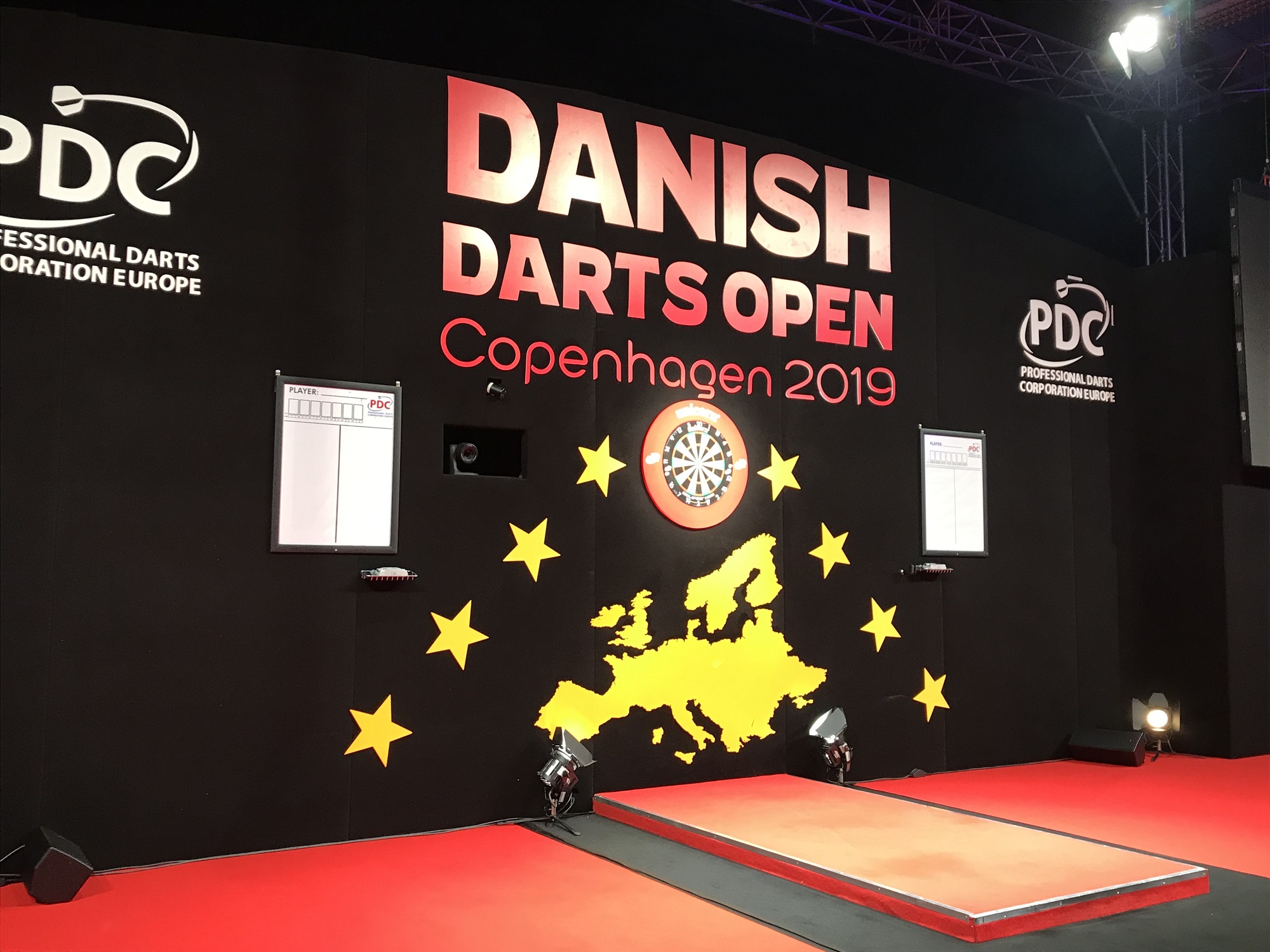 The EuroTour hit Denmark, with the Brondby Halle in Copenhagen the setting for the Danish Darts Open.

The surprise of the first day’s action was Glen Durrant’s first round exit at the hands of Northern Ireland’s Kevin Burness, despite the Teesider averaging almost eleven points more than his opponent. Durrant’s 97.59 average wasn’t enough to prevent a 6-5 defeat. It was only Burness’ third win in a ranking tournament in 2019.

Home interest will continue into the weekend, as last minute qualifier, Per Laursen delighted his home crowd by overcoming Reece Robinson 6-4. His reward is a second round meeting with Welshman, Jonny Clayton on Saturday afternoon.

Tie of the first round saw Michael Smith see off Steve Beaton 6-4 in a high quality affair. Smith averaged 100.02 to Beaton’s 94.96, to set up a rapid fire contest with Jermaine Wattimena in round two.

Gabriel Clemens’ impressive form continued, and he put out Mervyn King with a 95.16 average, 6-3.

Chris Dobey inched ever closer to a World Matchplay debut, with a 6-3 victory against Steve West. He now meets Ricky Evans as a result.

The afternoon session saw William O’Connor continue where he left off at the World Cup of Darts with an assured 6-3 win against Luke Woodhouse, to book a meeting with Peter Wright in round two.

There were also wins in the early matches for World Championship quarter finalist, Ryan Joyce, who overcame Jose Justicia 6-2, Kyle Anderson, who beat Mike de Decker by the same margin, and Krzysztof Ratajski, who won an all Polish clash against Krzysztof Kciuk 6-3.

Jose de Sousa defeated Scott Taylor 6-3 in the remaining first round match, and he’ll now meet Darren Webster in the second round.