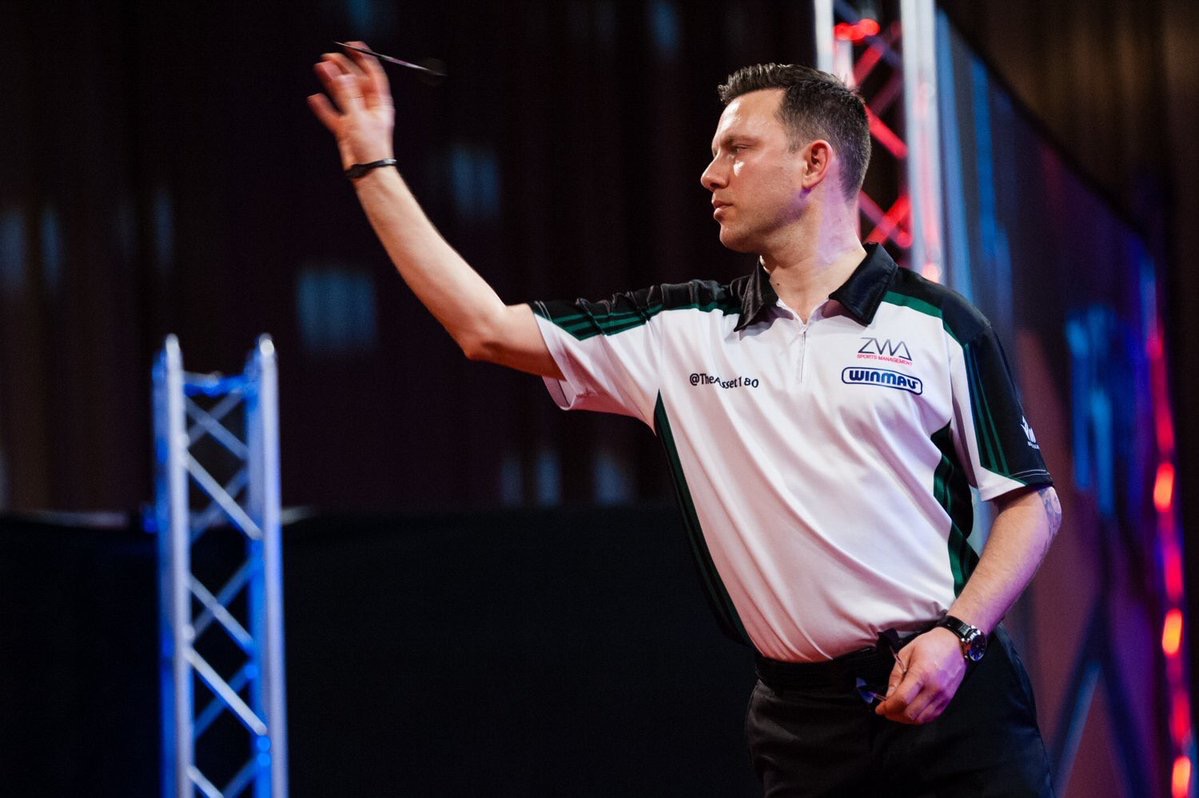 The inaugural Danish Darts Open will commence at the Brondbyhallen in Copenhagen tomorrow afternoon as Adrian Lewis, Max Hopp, Steve Beaton and Paul Nicholson all take to the stage.

The PDC vists Scandinavia for the very first time as 48 stars take to the stage to participate in the eighth £135,000 tournament 0f the year.

Van Gerwen will be looking to make it six European Tour titles for the year after winning a few weeks ago in Gibraltar, where he convincingly beat Adrian Lewis before taking a weeks break as he headed to Spain.

Van Gerwen will open his bid to become the first name on the Danish Darts Open role of honour as he faces either Robert Thornton or ProTour finalist Scott Taylor on Saturday evening in Copenhagen.

Peter Wright will face either Chris Dobey or former UK Open quarter-finalist Barry Lynn while Rob Cross will take on either Steve Beaton or Adam Huckvale – who will be be making his third appearance on the European Tour.

Four winners on the ProTour this year will be in action on the opening day of action in Copenhagen as Max Hopp, Jeffrey de Zwaan, Mickey Mansell and Krzysztof Ratajski take to the stage.

Martin Schindler, who lifted two Development Tour titles in a day two weeks ago in Wigan, will also be in action on Friday as he faces a resurgent Brendan Dolan who has found a bit of form in the last few months.

Paul Nicholson will be looking to emulate his Gibraltar Darts Trophy run as he opens his campaign against Peter Jacques while Latvian ace Madars Razma, who qualified as the top Nordic and Baltic thrower, will face Jeffrey de Zwaan in the closing game of the afternoon in Denmark.

The field will be completed on Thursday night, with two places open to Danish players and two to players from across the remainder of the PDCNB region in the final qualifying events.

The Danish Darts Open will take place from June 22-24, with streaming available for all PDCTV-HD Subscribers worldwide as well as through a series of bookmakers’ websites.