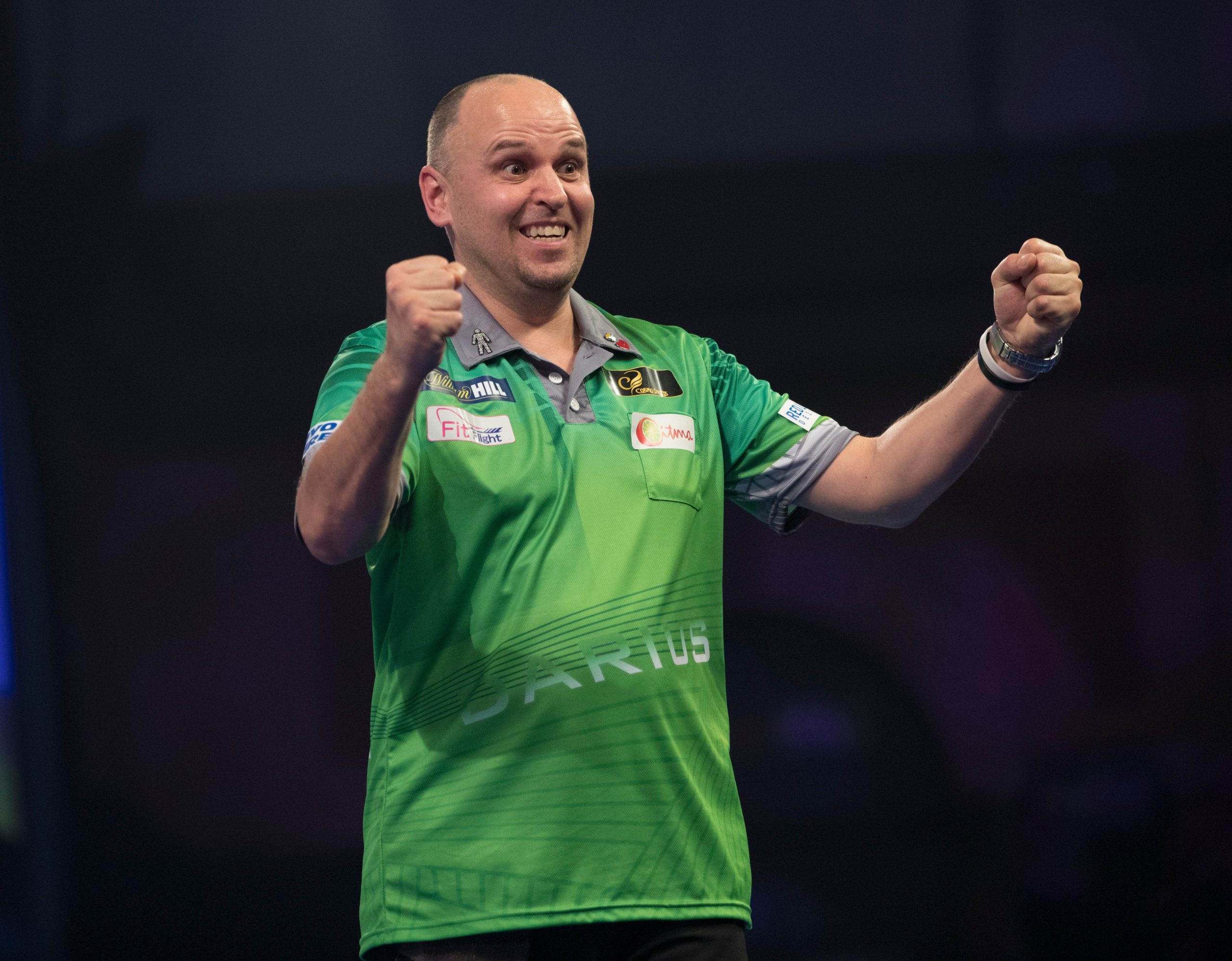 If it weren’t for the trailblazing efforts of Fallon Sherrock or Peter Wright transforming from darts’ nearly man to world champion, the story of this year’s World Championship would have been awarded to Lithuania’s Darius Labanauskas.

After reaching the quarter-finals of the BDO World Championship at the prestigious Lakeside Country Club in Surrey three years earlier, Labanauskas repeated the feat in the sport’s showpiece staging at London’s iconic Alexandra Palace over the festive period.

Coincidentally, the world number one of the two respective organisations were essential in overcoming the Lithuanian sensation, with Glen Durrant defeating him in 2017 and Michael van Gerwen doing similarly in December.

“My results are finally catching up with my dreams! This is fantastic,” said Labanauskas, the most esteemed thrower to ever arise from Lithuania. “This was the best achievment for the Baltics and Scandinavia.

“I really wanted to perform better in this year’s World Championship, and I would like to repeat or achieve even more next year.

“I had really hard matches against Ian White and other players, before being beaten by Michael [van Gerwen] and I had some chances against him to prolong the game.

“The most memorable moment was against Max Hopp. Before stepping on to the stage, I realised that I had forgotten my darts towel, and Max kindly insisted to share his towel.

“I then asked for staff to bring my own from the waiting room. And then somehow, they brought me another one of Max’s towels. So for the first set, I had to use my mate’s towel. Later on during the break, I managed to get my own back!”

Raymond van Barneveld was swept aside by Labanauskas a year earlier on that very same stage, with Alexandra Palace proving a prosperous stomping ground for the Garliava-based ace since making his debut in North London.

“Barney is very good player, I like him very much,” Labanauskas said. “I think I had a psychological edge in this match because I wasn’t the favourite and only when I threw the last darts of the last leg I got really nervous, and the adrenaline went to the max.

“I knew that I had to do it now or never, and I did it. Only when I came back home, after looking to all those congratulations from my friends and fans, I realised that I did it!”

‘Lucky D’ had only been competing on the professional circuit for a mere eleven months prior to qualifying for his World Championship debut after winning through European Qualifying School in Germany.

“The first three days were really stressful and hard going, there was a lot of good players, and no easy matches,” Labanauskas claimed.

Months after coming through the gruelling, intense Q School at Halle 39 in Hildesheim, Labanauskas was already in his maiden PDC ranking final, averaging just short of the 100 mark in a thrilling semi-final clash with Ron Meulenkamp.

“That wasn’t my best day, I couldn’t save enough energy and endurance for the final,” expressed Labanauskas, who defeated the likes of Beaton, Cristo Reyes and Gabriel Clemens en route to the final.

“I had really exhausting matches leading up to final. I played longer matches compared to my opponent, and that had a big impact on my game.

“I gave it my best shot, and finally I reached my first PDC final. This made me more confident in my own game, and I was later really happy to be nominated for the PDC Best Newcomer award.”

Labanauskas’ second season amongst the cream of the sport has been a rather different one to what he would have anticipated and one the exact opposite to his maiden campaign as a professional.

Instead of travelling back and forth between his native Lithuania and England to compete on the the PDC ProTour, he has spent increased amounts of time with his family and vied to improve his fitness.

“I took this chance to take a break from darts to spend more time and have a holiday with my family,” Labanauskas explained.

“I had some household work to do, and also had to help my kids with virtual school lessons. I rode a bike to stay fit, played a little bit of darts here and there and read some books.”

Labanauskas, whose appearance as a local representative at the Nordic Darts Masters was delayed at the hands of the global pandemic, will currently be undergoing twelve hours of isolation in preparation for his return.

Players were tested upon arrival and he now awaits the response of his test for Covid-19 ahead of the Summer Series – which marks the return of professional darts.

“It will be very interesting to watch everyone play after the quarantine because everyone had different routines, some players had holidays, some players were practising,” said Labanauskas.

“I actually fell out of the habit of playing against opponents, so it will be an interesting fight with myself.

“Personally, I think that I will come back with worse form than before quarantine, because during the break I had time to make some little technical experiments.”

Off to the UK 🇬🇧

Looking forward to playing the summer series in Milton Keynes👍

Aside from the obvious financial gains which come alongside the return of the sport, crucial ranking points towards the upcoming World Matchplay are also to be earned in Milton Keynes.

Despite being situated over £10,000 behind Kim Huybrechts – who currently stands as the last qualifier through the ProTour Order of Merit, Labanauskas still has hopes of securing his debut in the prestigious tournament.

He said: “To make it into the World Matchplay, I would need to win a couple of ProTour events. The goal is to win and never give up, but there will be another 127 players with the same goals so it won’t be easy to achieve.”

Lithuania’s Labanauskas remains a constant threat in any tournament he enters, and the regulations in place for the upcoming Summer Series will only play into his hands with a more meticulous approach on the oche.

From Michael Smith to Chris Dobey: Eleven players to look out for during the PDC Summer Series