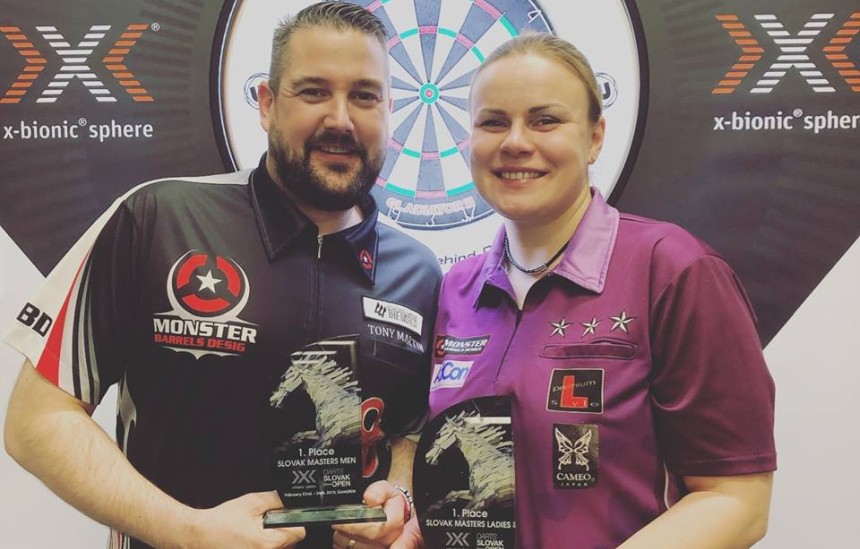 Tony Martin, Anastasia Dobromyslova and Maria O’Brien will travel to Eastern Europe this weekend in the hope of defending their crowns as the BDO and WDF ranked Slovak Open and Slovak Masters take place at the X-Bionic Sphere in Samorin, Slovakia.

Following the success of Harms at PDC Qualifying School in January, he will not descend upon Slovakia, with O’Brien will open her defence against Roz Bulmer on Saturday morning.

Bulmer will prove a tricky customer for the Devon thrower – who could potentially take on the prodigiously-talented Hungarian Tamara Kovacs in the third round.

Reigning Slovak Masters champion Martin will face either Adam Kuthy or Janos Szanto on Friday, while ladies’ number one seed Dobromyslova will begin her defence as she takes on Erdei Nora of the Netherlands.

Wayne Warren, the newly-crowned BDO world champion, will open his Slovak Masters account on Friday against Gergely Detvay or Michal Novota, before facing the winner of Michal Toberny and Tibor Marton in Sunday’s Slovak Open.

The €2,000 Slovak Masters will take place on Friday in Slovakia, while the €2,500 Slovak Open will be played out on Saturday.

Other draws (including pairs, youth)