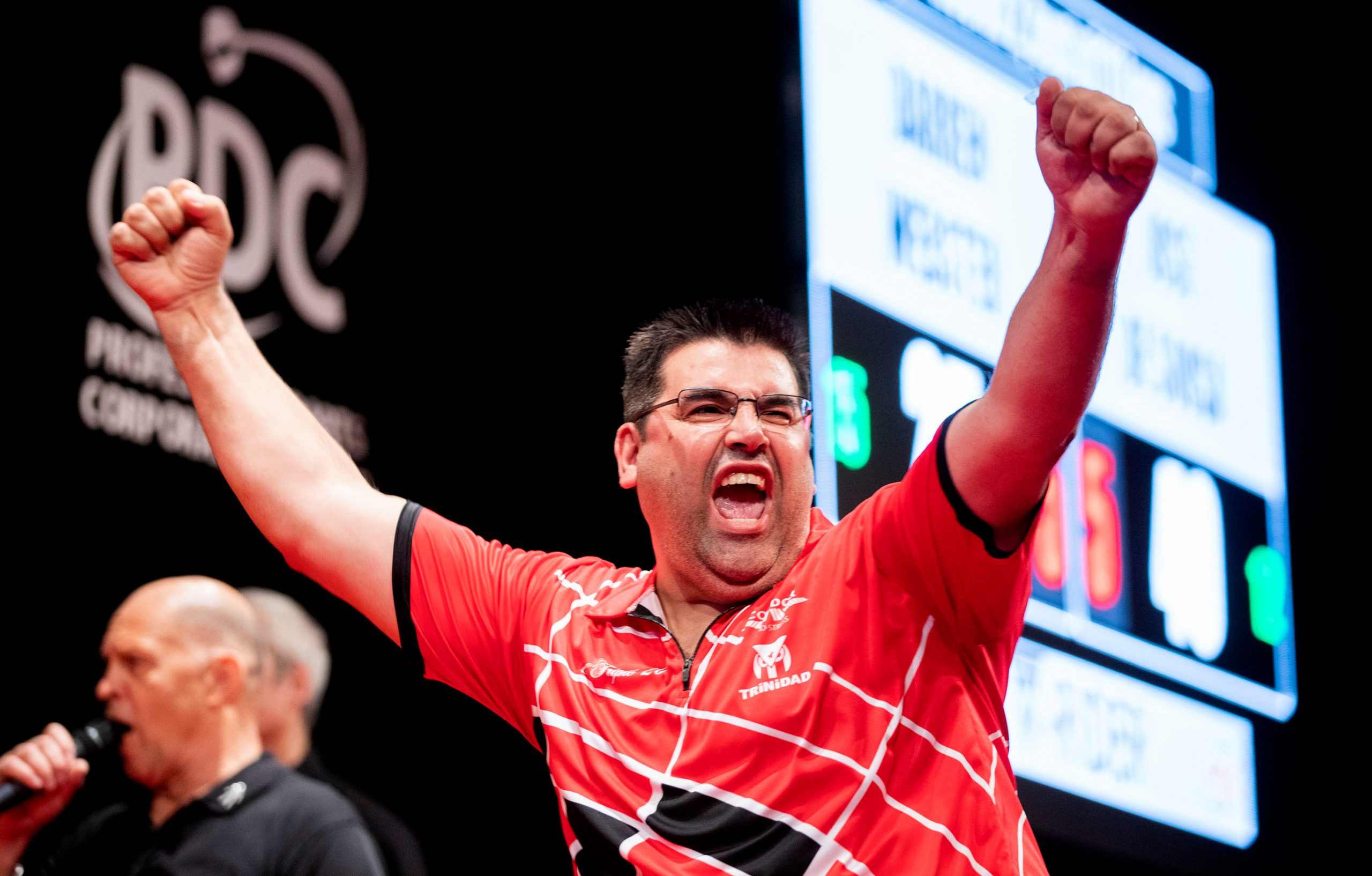 Portuguese star José de Sousa was among five players to qualify for both European Tour Events 3 and 4, although the tournaments have both been postponed amid the coronavirus outbreak.

The European Darts Open was due to take place in Leverkusen at the end of the month, with the German Darts Grand Prix in Munich in April, but both events have been postponed after the German government’s decision to ban gatherings of more than 1000 people. This has now been followed up across most of Europe.

The PDC hope to rearrange these tournaments for later in the year, so the qualifiers still went ahead as planned in Barnsley on Friday despite the fact that a few Europe-based players couldn’t make it due to various travel bans.

Jason Lowe, Maik Kuivenhoven, Martijn Kleermaker and Madars Razma joined De Sousa in qualifying for both events on an afternoon where European players nearly sealed half of the qualifying spots, vindicating the PDC’s recent rule change.

In the qualifier for ET3, the match of the first round was between Damon Heta and Mike De Decker, the Australian coming through 6-5 in a match where both players averaged over 100.

Jonny Clayton, Ricky Evans and Jeffrey de Zwaan were among the high-profile early casualties, but of the players that beat them, only Adam Hunt was able to seal his spot in Leverkusen, with a 6-5 win over Wayne Jones.

There will be two Lithuanians in the same Euro Tour event for the first time after Darius Labanauskas saw off Dimitri Van den Bergh 6-2 to join his World Cup team mate Mindaugas Barauskas, who won the PDCNB qualifier.

Elsewhere, Chris Dobey and Devon Petersen qualified in style with three-figure averages, while Steffen Siepmann will appear in front of another home crowd after beating Justin Pipe 6-1.

Scott Waites will make his European Tour debut in Leverkusen courtesy of a 6-4 win over Geert Nentjes, with Heta seeing off Simon Whitlock 6-4 and Steve Lennon beating Ryan Meikle 6-4 to continue to international feel to the qualifiers.

Dutchmen Kuivenhoven and Kleermaker continued their impressive starts to the season with successes over Richard North and Reece Robinson respectively to qualify, and that would continue in the day’s second event as they both did the double.

That second event started with more disappointment for Steve Beaton, who’s consistency in the European Tour qualifiers seems to be fading. The man who beat him, Madars Razma secured a double by seeing off Conan Whitehead in the last 48.

Jason Lowe did the same with wins over Jermaine Wattimena and Gary Blades, but it was a better story for a lot of the Netherlands’ other throwers as Danny Noppert, Dirk van Duijvenbode, Niels Zonneveld and Benito van de Pas all made it to Munich.

Jonny Clayton’s annoyance at dropping out of the top 16 on the ProTour Order of Merit will have been compounded after failing to qualify for both events, losing out to Kai Fan Leung in the German Darts Grand Prix qualifier.

Andy Hamilton produced a sublime 105 average to deny Scott Waites a perfect day, while Spaniards Toni Alcinas and Jesús Noguera both won through to improve their poor starts to 2020.

Jelle Klaasen will make a rare appearance in Europe after beating Van den Bergh 6-2, with Martin Schindler, Brendan Dolan and Ross Smith amongst the players to be joining ‘The Cobra’ in Munich, whenever the event may be.

There is more darts on Saturday and Sunday during a weekend with little sport during the coronavirus pandemic, and you feel that Players Championships 7 and 8 may be the last PDC action we see for a little while.