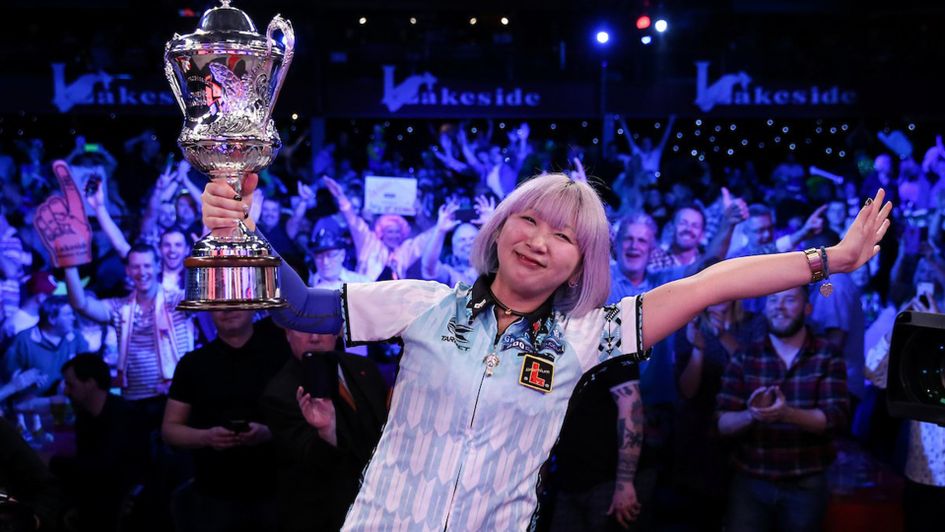 The BDO World Championship ladies’ event’s prize fund is to rise from £29,000 to £54,000 from January as confirmed by chairman, Des Jacklin.

It has been a well documented problem with the BDO’s ladies’ World Championship for sometime now, but from January, which will be the first edition held at London’s Indigo at the O2, the prize fund will be almost doubled.

Mikuru Suzuki was crowned ladies’ champion of the world earlier this year as the tournament bowed out of the Lakeside after a 36-year stay at the venue, and the Japanese ace will defend her honour with a drastic change in winnings.

“So we’ll be going from £29,000 to £54,000 for the ladies. The way that will be broken down is the first round, second round [quarter-finals], semi-finals and runner-up prize money will all double.

There was also calls for a format increase following January’s 19th ladies’ championship, with the format currently consisting of best of three sets up until the final, and Jacklin believes it will be amended for the landmark 20th tournament.

“I certainly hope so,” he added. “It’ll be something I’m pushing for. I think the ladies’ format increasing would be the correct thing to do.

“It’s not just our decision. It’s down to the scheduling, but I think it is most likely that the schedule will allow us to increase how long we see the ladies play for.”