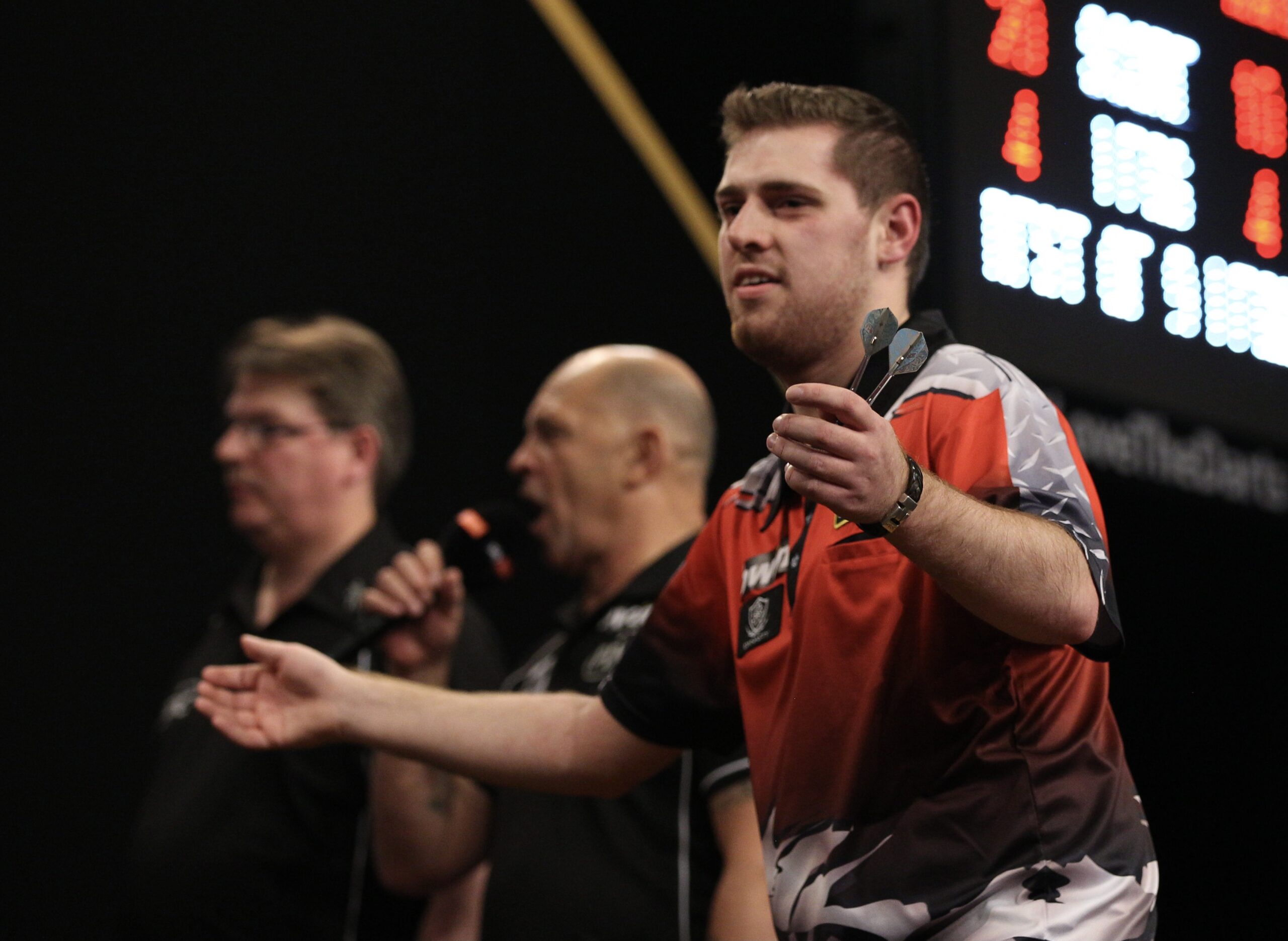 Almost three years on from his heroics at the Grand Slam of Darts in Wolverhampton, an unfaltering Berry van Peer has resurged and is now in his mind playing the best darts of his career.

Known predominantly for his audacious battle in overcoming the dreaded dartitis, Van Peer returns to action this weekend in Barnsley after a a PDC Development Tour hiatus exceeding the six-month mark.

“This year started good,” Van Peer said, “but we all got put into lockdown and it’s been heartbreaking.

“I felt if we continued right away I could’ve had a very strong season, but now we all have to get used to playing again – except the players who have a tour card of course.

“This year I have played the best darts in my career, but the problem was I couldn’t play any events unfortunately. That’s a bummer but I’m looking forward to this weekend.”

Van Peer has slowly but steadily overcome dartitis, which famously hindered the career of three-time world champion Eric Bristow, but his spell with the condition will remain in his memory forever.

Whilst continuous struggling to release his darts, Van Peer secured the hearts of the Wolverhampton crowd, and reached the knockout stages of the unique tournament.

The Dutchman eliminated both Simon Whitlock and Cameron Menzies, with only two-time world champion Gary Anderson getting the better of the courageous youngster.

“It was of course an incredible run,” expressed Van Peer. “It’s just never been the way I wanted to be known.

“If I could have played it in a ‘normal’ way, I feel I could have done it too, but we will never know what would’ve happened. It’s history.

“The fans always mean a lot. Support is always welcome and it’s great to feel there’s so much support from all over the world.”

His exceptional exploits at the prestigious Grand Slam of Darts would be healthily topped by becoming world youth champion – an achievement Van Peer could edge towards on Monday afternoon in Barnsley.

“I’m going to give it my all and see where I end up,” he revealed. “Too big expectations are just going to be extra pressure.

“Becoming world youth champion would be insane. I’ve lost in the final before in which I honestly played bad for my feeling, but credit to Corey [Cadby] for playing brilliant though.

“Taking revenge on the final would be an awesome way to finish,” the 24-year-old added.

Van Peer is one of many promising Dutch players coming through the ranks (Photography: Taylor Lanning)

Van Peer could add his name to that elite bracket of players on Monday, and the Dutchman has taken inspiration from reigning World Matchplay champion Van den Bergh ahead of the tournament.

“Dimitri has always been a great player and I think a lot of people expected him to win lots – which he did on the Development Tour!

“Then he made his way to world youth champion and now major champion. It’s amazing. I think he’s an inspiration to all Development Tour players.

“Literally taking those steps is the way everyone should aim at. Everything is possible if you are comitted enough for it.”