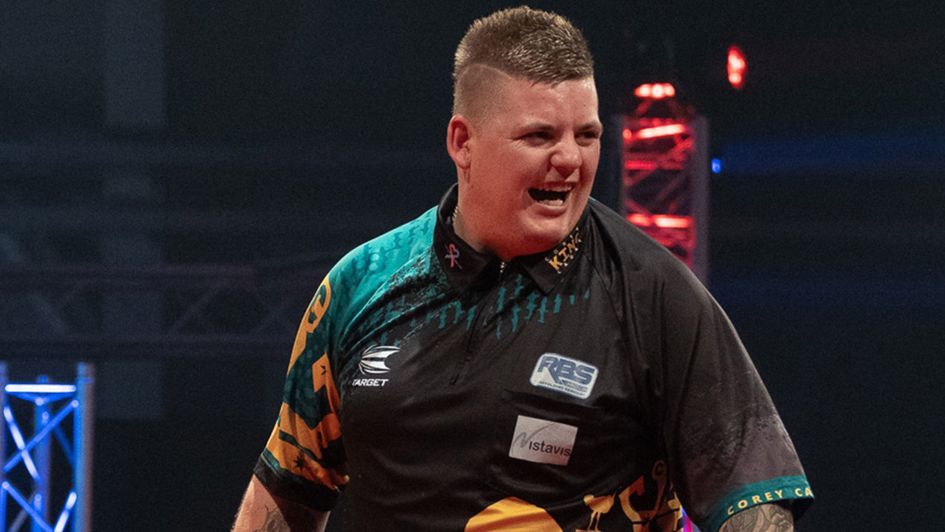 Corey Cadby is planning a return to England in order to compete in Monday’s PDC Tour Card Holders’ Qualifier ahead of the William Hill World Darts Championship at Alexandra Palace.

Cadby, who hasn’t competed in a PDC event of any significance since August, was forced to withdraw from the NZ Darts Masters due to visa issues – which have hindered him from traveling across the world since June’s Czech Darts Open.

Since winning his PDC tour card in an expeditious fashion back in January of last year, ‘The King’ has won a solitary PDC title and reached the final of the prestigious UK Open, amid being held back by various circumstances.

24-year-old Cadby released a statement via social media, expressing his intentions to play in Monday’s qualifier and subsequently confirmed a melancholy time and recent financial difficulties.

“Being back home suffering the black dog after going through a divorce. I’m coming to the UK to play the World Championship qualifiers.

“But while being back in Australia, with no income and going through the divorce has sent me very unfinancial. So the biggest bid in one hour for the first time I beat Phil Taylor at the World Series in 2016, Perth Australia.

“The first game I won on television, the first time Phil lost here down under. I have the match board, and the darts Phil used in that game. This is a rare piece.

“I thank yous from the bottom of my heart, stay fit and healthy. I wish you a Merry Christmas and a safe New Year.”

The PDC Tour Card Holders’ Qualifier acts as a last chance qualification route for those who haven’t yet secured their place in the World Darts Championship, and will take place on Monday, November 25 at Wigan’s Robin Park Leisure Centre.