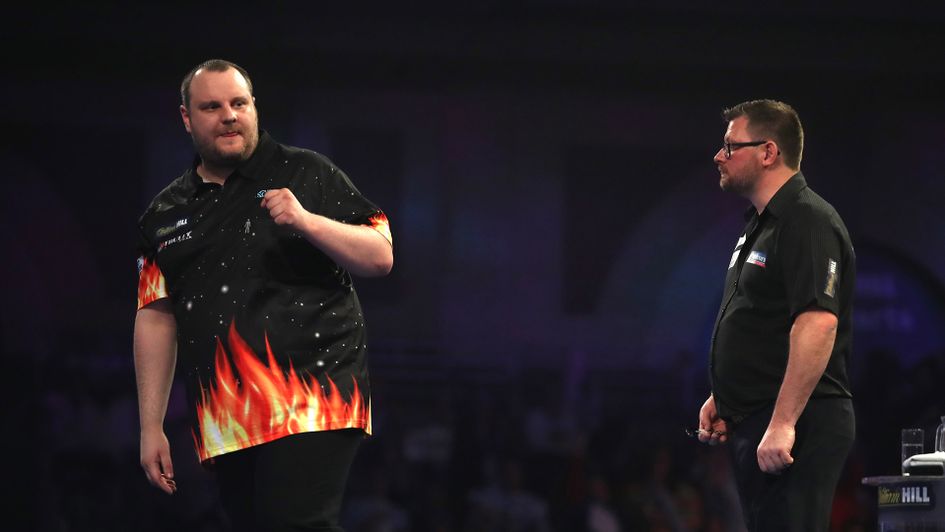 I’ll answer that question to begin with… no, people don’t hate James Wade.

Some may say they do, but as you know, hate is a much overused word, and he’s hardly done anything to merit actual hatred. It’s not as if he really did hurt Asada in his face. Nor anybody else.

But people are increasingly annoyed by the once much-loved Machine. He is leaking fans, support and respect like a bathtub with more holes than a treble twenty after a van Gerwen Chisnall match.

Nobody hates him, he wouldn’t deserve that because he hasn’t done anything so bad. But far fewer people like him because of some pathetic, disrespectful things which were just totally unnecessary and won’t even have gained him anything anyway.

Let’s cut him some slack. We know he has some issues and they are quite widely accepted. There has to be some tolerance of things beyond our understanding, like if during a one-minute’s silence somebody with mental health issues makes an involuntary noise. Surely people take less, or no offence, than if a quote ‘normal’ person did it. (I am not saying bipolar sufferers are not normal, please be informed.) We can be reasonable.

So we forgive James Wade and hope he can overcome his challenges.

But is it really necessary to yell in an opponent’s face or bring nationality into it? Is it really so hard to shake people’s hands after a defeat? Does being bipolar excuse things like this? I am willing to be respectfully informed on the matter, of course @NineteenDarter

Like I said, James has to be forgiven to an extent. He’s done well in life, hey? Nice job, family, bank balance and still many friends and supporters. He is obviously doing a lot of things right.

Only, of those four things he’s putting the latter in greater jeapordy when to my mind it would be sooo easy to turn this all round. Forget tweeting apologies, even though we may accept them and they are better than nothing. Next time you are up on the oche, respect your opponent, the crowd and the officials. Applauding a crowd that booed you, why not, I expect that feels odd but would probably mean they don’t boo next time.

Nobody’s asking the Earth here, even those of us who don’t understand bipolar are willing to give him a second chance here but many darts fans feel he has to take it.

Photo Courtesy of Express and Star

Aspinall: ‘The dream isn’t over yet’