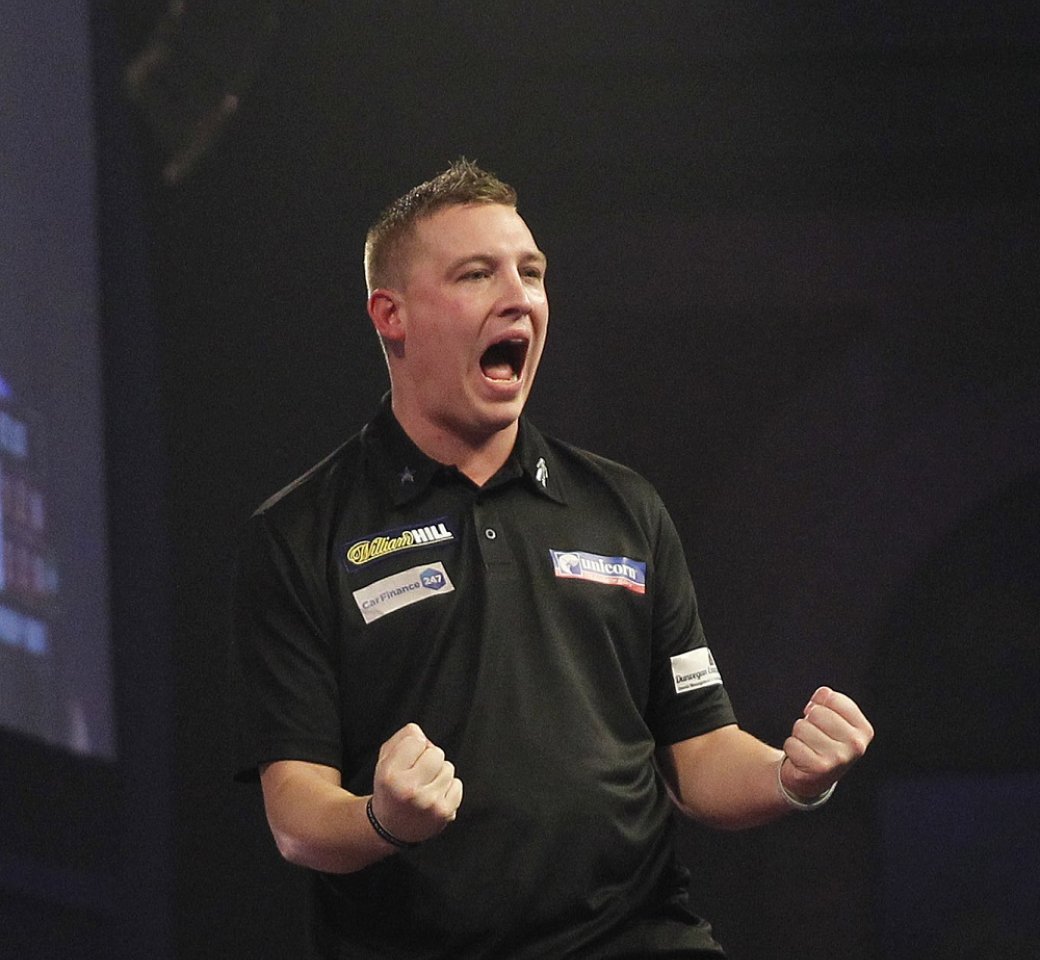 World number 28 Dobey will now play Ian White in the quarter-finals with a huge opportunity of reaching a first PDC major semi-final for both players.

The Grand Prix tends to give us slightly unexpected names in the latter stages, and we are seeing that again this year with only three seeds left after just three nights of action.

To kick off the second round, Mervyn King took on James Wade in a battle of two legends. A scrappy first set went the way of the two-time champion at the Citywest, but Norfolk’s King found his stride midway through the second, firing in back-to-back 180s en route to a 12-darter.

Wade missed handfuls of darts for a 2-0 lead in sets and was made to rue those chances as ‘The King’ stormed to the finish line from there.

Hitting 7 maximums in all, Wade couldn’t deal with King’s scoring power as the former World Master hit one 10-darter and threatened another before sealing a second successive TV quarter-final with a 15-darter.

Despite doing very little since his run at the Matchplay, King has played brilliantly so far at the Citywest and is deservedly in the last eight, where he will take on defending champion Michael van Gerwen.

Van Gerwen scraped through against Jamie Hughes, but seemed to have learnt his lesson from that game with every facet of his game firing on all cylinders early on against his countryman Jeffrey de Zwaan.

The first set was wrapped up with 42 darts in a little over 4 minutes, and ‘The Black Cobra’ needed a fantastic 12-darter finished with a 120 to grab his first leg.

It wasn’t enough to stop MVG’s charge, however, as the world number one sealed the second and third sets comfortably, the only blot on his copybook being a failure to get off with his first ten darts at the start of set three.

Ian White was beaten in a thriller at the Matchplay by Stephen Bunting, but it hasn’t affected his sublime 2019 overall, and he’s now reaping the rewards on the TV stage with his first major quarter-final appearance since the 2017 UK Open.

‘Diamond’ was up against practice partner Michael Smith on Tuesday evening, and recovered from ‘Bullyboy’ snatching the first set by winning seven successive legs to put himself on the brink of victory.

The World Championship finalist was struggling to hit the double to start despite hitting 5 out of 6 finishing doubles.

White had no such problems getting over the line against Smith, sealing a 3-1 victory with an 86 average.

Similarly to Michael Smith, Gary Anderson also has quite a poor record at the Grand Prix, belying his achievements in the game and current ranking.

Anderson’s opponent, Chris Dobey, was fantastic on the starting doubles against Ricky Evans and carried that on against his stablemate, being narrowly denied the opener but recovering to level things up with a 14-dart leg.

A 110 finish then sealed a whitewash third set, and ‘Hollywood’ was on the verge of striking revenge for Anderson’s win at the most recent World Championship.

The two-time World Champion couldn’t find his finishing doubles throughout the match, missing 23 in total, and that allowed Dobey to close out a 3-1 win for his first major quarter-final since last year’s Players Championship Finals.