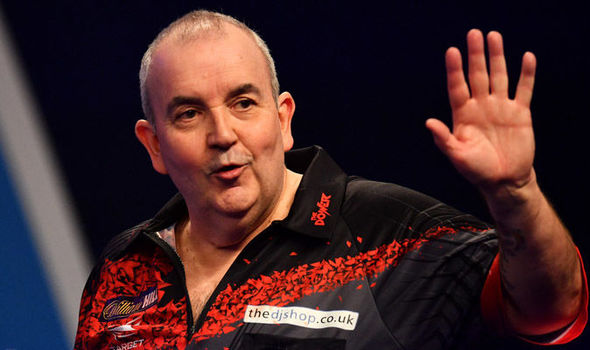 Does Darts Miss The Power?

Does the Sport Miss The Power?

I spent a lot of time on You Tube in the run up to the 2018 World Championship, defending Phil Taylor.

Quite why the greatest sportsman in history would need defending is beyond me.

He does, or should I say did, come in for a bit more online abuse than he deserved. No, he is not above criticism and by no means does he get it right all the time. But it can go too far.

One of the arguments I made was that come Spring 2018, darts would realise what it had lost, that this sport would seriously miss The Power. I wasn’t trying to say that people would stop going, or that sponsors would turn their backs on the game, and nor did I ever think this.

No player is bigger than the sport – not even one who practically made it what it is today.

Missing somebody does not have to mean that everything else grinds to a halt. Yes of course the Premier League would still have decent averages and let’s hope a nine-darter or something incredible. I never doubted this. Life goes on!

But I expected the Taylor void would take time to fill. Like when Peter Wright won the UK Open last year and many people said it was only because MVG wasn’t there, I wasn’t expecting darts fans to credit results with the same validity, while there is room to argue that, ‘an on form Phil Taylor would have won today’.

I thought that it would feel empty without Phil’s smile on the oche, his laid back attitude to winning and losing (OK, not all of the time), his amusement at the stray last dart of a perfect leg, and his frank assessment of how his matches went.

Darts without Taylor threatened to be like Roma without Totti, Italy without Buffon, Man United without Sir Alex Ferguson, tennis without McEnroe, Arsenal without Wenger (OK, this time I am joking). Larger than life characters who are simply irreplaceable. Not everybody liked Taylor’s on-stage antics but they were part of the game, I was convinced that people would want him back as soon as Week 3 of the Premier League.

Much as I love Phil the Power Taylor, I honestly don’t think darts is worse off for him moving on. This year’s UK Open was a disappointment but we know why and this is no time for recriminations. Barry Hearn will sort it out and darts fans trust him with the game we love.

The Premier League is as exciting as ever, and I for one know of no darts fans who are talking down the impressive form of Michael Smith or Simon Whitlock, by saying that Taylor would be the top four by now, etc. Taylor played in the Premier League every year since its inception and won it several times, his fans were disappointed to see him retire, but darts has already showed that it can be just as fantastic a spectacle without the great man.

Like Daniella and Charlotte, people can be too quickly forgotten, but we have to move on, and in the case of Phil Taylor, the sport has adapted quicker than I expected.

image courtesy of the Daily Express