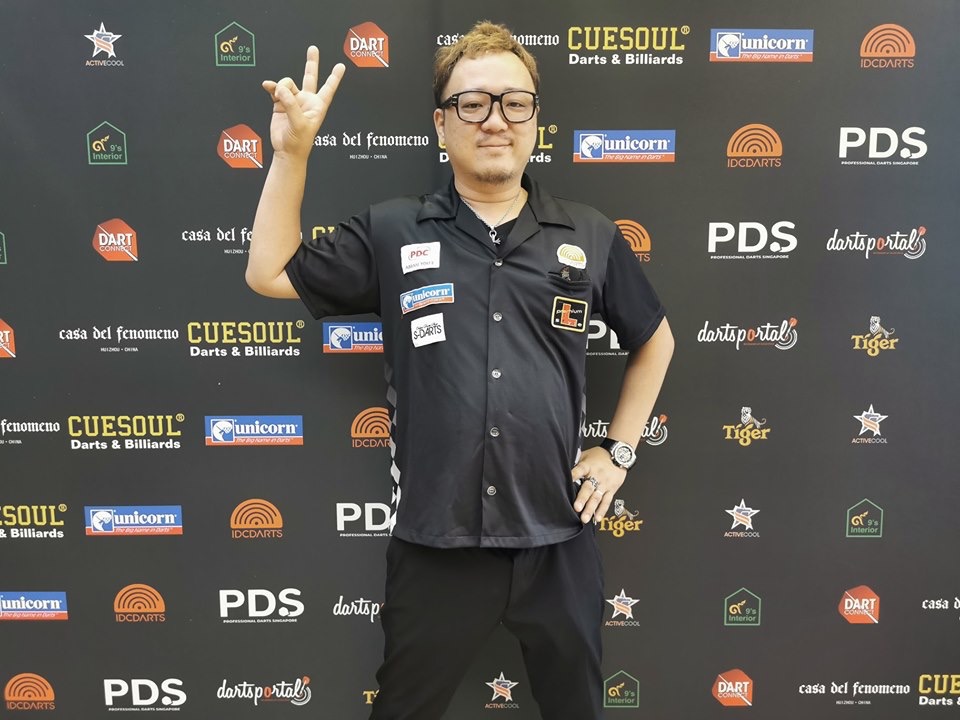 Seigo Asada completed the PDC Asian Tour Singapore double as he, Noel Malicdem, Paul Lim and Lourence Ilagan booked their places at the PDC World Darts Championship in the process.

The quartet all appeared at the previous World Championship and they will return to north London later this year, following the conclusion of the second PDC Asian Tour campaign.

Asada lifted his third PDC Asian Tour title of the year, equaling his tally from 12 months ago. The Osaka-based ace saw off Winter Ong, Ryan Ocampo and Jayson Langcao to reach the quarter-finals – where he comfortably defeated Filipino World Youth Championship qualifier, 5-1.

A 5-3 victory over Teng Lieh Pu Po moved ‘The Ninja’ into the final, before he beat Noel Malicdem 5-2 in the final to clinch the crown.

Just 24 hours later, Asada would taste success once again. The 39-year-old denied his good friend, Yuki Yamada, in the semi-finals with a blistering 99.8 average, prior to a resurgent performance against Ilagan in the final.

Ilagan, 41, led 2-0 and 3-1 in the final, but Asada’s doubling got him over the line, as pinned five of his 11 attempts on the outer ring. A 100.8 average from Ilagan wasn’t enough, as Asada claimed his sixth PDC Asian Tour title.

Elsewhere, home favourite, Paul Lim, was denied in the fourth round and quarter-finals, losing out to Thailand’s Thanawat Gaweenuntavong and Japan’s Haruki Muramatsu, respectively.

Yuki Yamada, a good friend and practice partner of Asada, finished in fifth place on the Order of Merit, narrowly missing out on a World Championship spot after his runs to the last four and last eight in Singapore.

That concludes the second season of the PDC Asian Tour. The Japanese competitors’ attentions will now be focused on the Japanese National Championships – a World Championship qualifier – held on September 16.