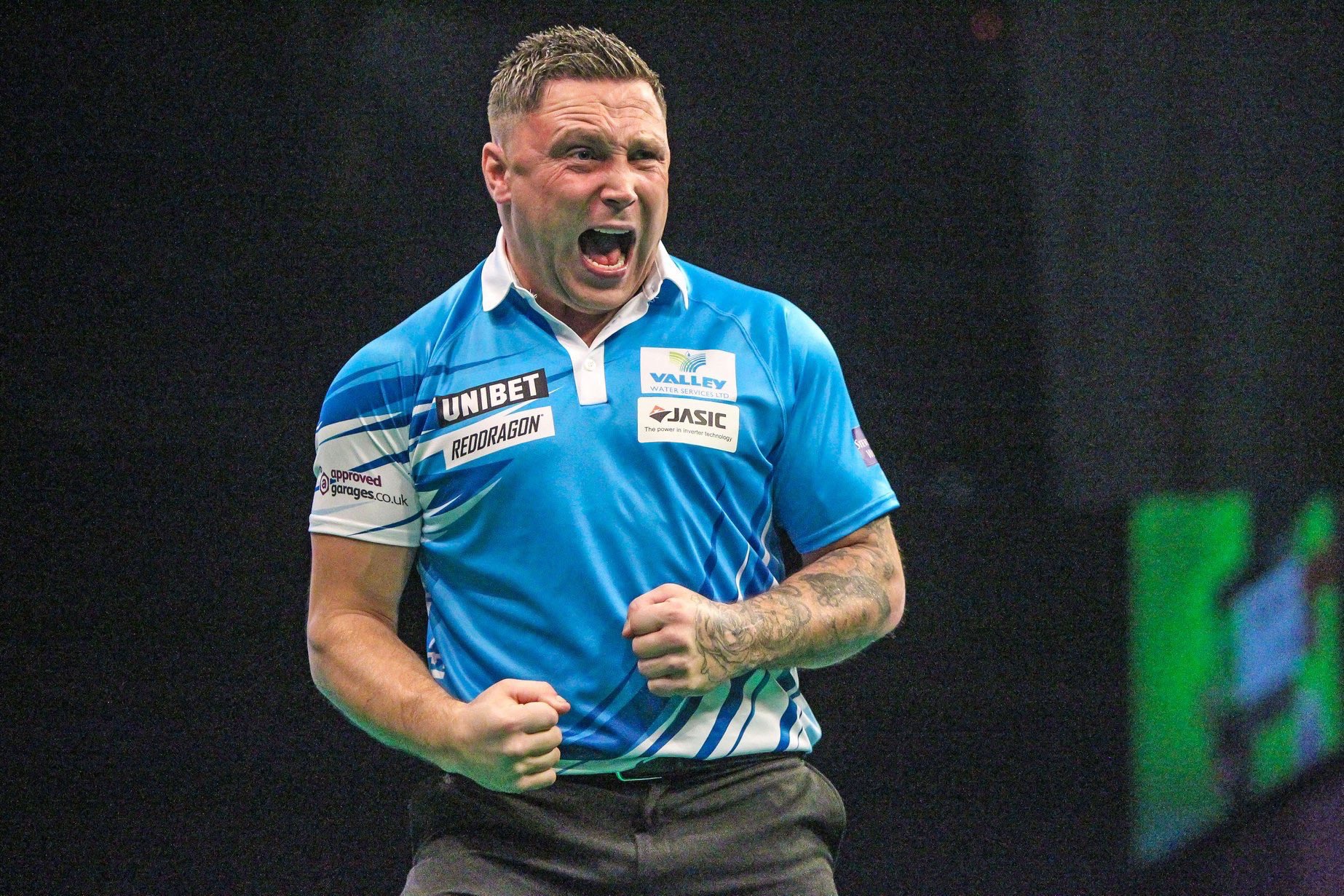 Gerwyn Price stormed to his his sixth PDC title as he denied Ricky Evans with a 170 checkout to make it back-to-back Players Championship crowns at the Barnsley Metrodome, on a day when the 10th nine-darter of the year was hit.

Price claimed his first title since his headlining Grand Slam of Darts triumph back in November on Saturday, as he averaged 109.70 in beating Germany’s Gabriel Clemens in the final, and followed that victory up with his second title of the weekend on Sunday evening.

‘The Iceman’ averaged in excess of the 100 mark in five of his seven matches on Saturday in Barnsley, and emulated that statistic on Sunday, including a 112.7 average in whitewashing Austria’s Zoran Lerchbacher.

Normal service resumed for Price, as he extended his ton-plus average streak to eight matches, with wins over Harry Ward, the aforementioned Lerchbacher, David Pallett and Josh Payne, to get his Players Championship Six campaign off to a flyer.

The 33-year-old dipped just shy of the 100 mark in his 6-4 quarter-final victory over Adrian Lewis, before he booked his place in the final with a scintillating showing in beating Nathan Aspinall for the second time in a week.

It was virtually plain-sailing for Price in an uneventful final – which saw the Welshman race into a 4-0 lead early on. Ricky Evans, Price’s opponent in the final and a European Tour finalist last year, won three legs on the bounce to stay in contention, only for Grand Slam champion, Price, to reel off four of the next five to lift the title in Barnsley.

Despite enduring defeat in the final, it was yet another good run for ‘Rapid’ Ricky Evans. The Kettering-based thrower gained scalps over the likes of Daryl Gurney, Krzysztof Ratajski, Kyle Anderson and Danny Noppert en route to the final.

Elsewhere, Danny Noppert reached his second semi-final of the weekend, before suffering a narrow defeat to Evans, while John Henderson made his fourth quarter-final of the year, following an 11-leg thriller with Jonny Clayton.

Ian White and Glen Durrant were both among those to lose in the second round, while Premier League stars Peter Wright, Mensur Suljovic, Michael Smith and Raymond van Barneveld all lost out at the first hurdle, as did Luke Humphries – who will make his Premier League debut on Thursday in Exeter.

Ritchie Edhouse was thrusted into the limelight after he nailed the 10th nine-darter of this year’s Pro Tour during his fourth round clash with Danny Noppert.

The next Players Championship double will be held across the weekend of March 16-17 at Wigan’s Robin Park Tennis Centre, but the majority of those involved in Barnsley will now head down to Minehead in order to partake in next weekend’s Ladbrokes UK Open.