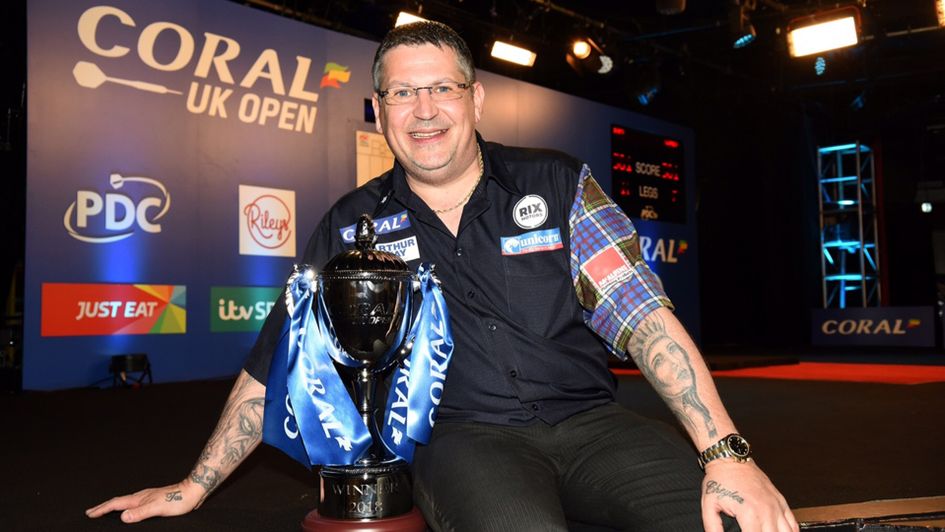 Draw and Schedule for Friday afternoon in Minehead

The draw and schedule have been confirmed ahead of the first three rounds of the 2019 Ladbrokes UK Open in Minehead this weekend with a random draw taking place from the last 64 onwards.

A new format for ‘The FA Cup of darts’ this year sees all 128 Tour Card holders qualify along with the top 16 players without a card from last year’s Challenge Tour and 16 Riley’s qualifiers from sports bars across the UK. Usually only open to ‘amateurs’, this year has seen any player without a Tour Card allowed to compete allowing the likes of Wes Newton, Scott Taylor and Mark Barilli to qualify this route while well-known players such as Kevin Painter and Ritchie Edhouse narrowly missed out on several occasions.

Those who did come through the gruelling days at various Riley’s Bars have today learnt their fate for the first three rounds of the UK Open, with one first round participant receiving a bye after the news that Corey Cadby has been forced to withdraw due to ongoing visa problems. His opponent in last year’s final, Gary Anderson, will make his return to action however, after receiving the all-clear for the first time since the World Championship from back issues.

The player with a bye to the second round was drawn as Challenge Tour player Darren Beveridge, who faces Luke Woodhouse for the right to play Chris Dobey in round three. Action on the outside boards including at the now-streamed Reds Bar begins at the earlier time of 1100 GMT on Friday due to having an extra round to fit in, although play on the main stage in the Skyline Arena gets underway an hour later on Friday.

That includes PDC a mouthwatering clash between Cameron Menzies and Wes Newton, a stage debut since winning a Tour Card for Mark McGeeney, a first UK Open appearance in 10 years for Glen Durrant, and young talents Dimitri Van den Bergh and Luke Humphries. Stage Two at Reds Bar sees five first round contests, most notably a potential barnstormer between Jamie Hughes and Callan Rydz and an all-PDCNB tie as Dennis Nilsson an Madars Razma go head-to-head.

Danny Noppert, Steve Lennon and Devon Petersen will also be in action on Stage Two throughout a packed Friday afternoon session at Butlin’s. Some of the other stand-out ties across the outside boards include Diogo Portela v Barrie Bates (R1), Gabriel Clemens v Zoran Lerchbacher (R3), Richard North v Ronny Huybrechts (R3) and potential clashes between Martin Schindler and Robert Marijanović and Justin Pipe and Michael Barnard.

Following a marathon afternoon in Minehead, those players winning through to the fourth round, some of whom will have played three games already, will find out their fate for the evening’s fourth round in another random draw. That will be followed by the last 32 (fifth round) on Saturday afternoon, the last 16 (sixth round) that evening and then the usual quarter-finals, semi-finals and final on Sunday.

It looks like there will be no adverse weather conditions like last year so fans will be let in and we can have play on the main stage in what is sure to be another fascinating and enthralling UK Open. If the draw for Friday afternoon’s three rounds is anything to go by, we’re in for a treat.

Is the Magic of the UK Open Dead?