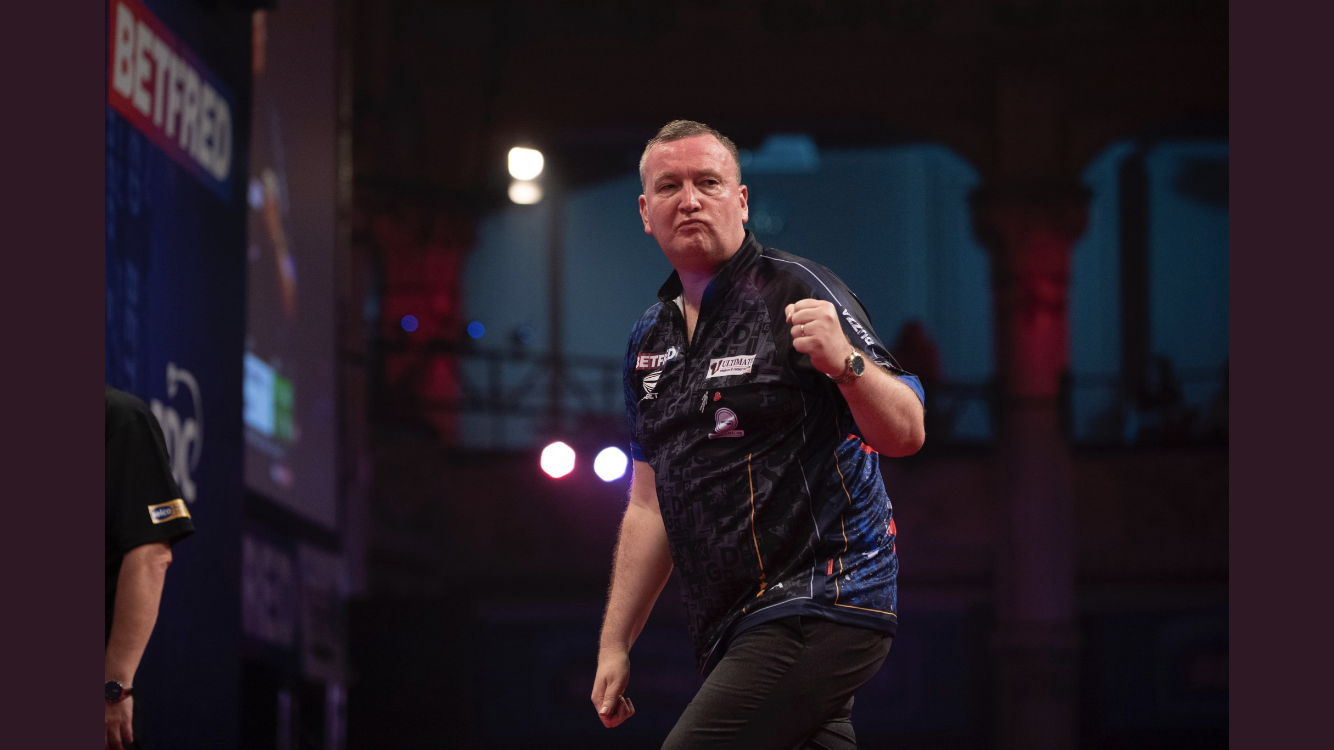 Glen Durrant saw off Michael Van Gerwen 13-11 in a World Matchplay classic to progress to the quarter finals in Blackpool. Mervyn King defeated Gary Anderson on the same night, while Michael Smith and James Wade also progressed on one of the all time great nights at the Winter Gardens.

The first game of the evening was contested between the fifth seed Michael Smith and Max Hopp. Smith had seen off Jamie Hughes in the first round while the German defeated Dave Chisnall in a thrilling tiebreaker. Hopp flew into a 4-1 lead at the first interval, punishing Smith’s lackluster doubling attempts. Hopp was sat on 24 in the next leg, ready to throw for a double break before Smith burst into life with a 130 checkout. The ‘Bully Boy’ caught fire all of a sudden, claiming 4 more legs on the trot to lead 6-4 at the second break. However, the German fought back, breaking Smith’s throw to level the game at 7-7. Both players had opportunities to break, but the game was on throw when the English man pinned a 15 darter to send the game to a tiebreaker. Hopp threw first but missed a dart at tops, allowing Smith to nail the double 20 to break and throw for the match. The St Helens man showed real nerve to kick off with a 180, before pinning double 6 for a 12-10 win to book his place in the World Matchplay quarter finals for the first time.

James Wade and Mensur Suljovic took to the stage next, hoping to follow what was a cracking game between Smith and Hopp. Wade had survived 5 match darts against Jeffrey de Zwaan in round 1, while Suljovic had hammered Wattimena. The first 10 legs were shared, with both players averaging over a ton in a high quality contest. Suljovic burst out of the traps after the interval however, breaking Wade’s throw twice to open up an 8-5 lead. However, missed attempts at the outer ring cost the Austrian, as the Aldershot man reeled off 4 consecutive legs to lead 9-8. Like the previous game, the game was level at 10-10 meaning a tiebreaker took place. Suljovic broke Wade’s throw straight away, but the former Matchplay champion responded with a 14 darter before holding his own throw to go a leg away. When Suljovic failed to check out 88, Wade stepped up to pin double 10 with his last dart to progress to the quarter finals. In both games Wade has had to come threw tiebreaks, which will stand him in good stead going forward.

The third game of the evening was the clash of Gary Anderson and Mervyn King. Anderson struggles past the sluggish Danny Noppert in Round 1, whereas King was outstanding in beating Nathan Aspinall 10-5. ‘The Flying Scotsman’ opened up with a terrific 12 dart leg, but King hit back in style, reeling off 5 legs on the trot to lead 5-1, including a fine 122 finish. Anderson had missed a few darts at doubles in the first few legs, but showed his quality to claw back one of the breaks and trail 5-3. Another break of King’s throw followed suit and the game was level again at 6-6. The pair traded legs as the game continued at 8-8, where Anderson missed 5 darts at double, allowing King to pin double 8 for a crucial break of throw. ‘The King’ scraped through the next leg to go within one of the match, showing a few signs of nerves. However, his fears quickly disappeared, as he threw a magnificent 12 dart leg for an 11-8 win to knock out the reigning champion Anderson. Mervyn will take on Michael Smith in the Last 8, a great opportunity for one of them to book their spot in the World Matchplay semi finals.

The final game of the evening was the hugely anticipated clash between Michael van Gerwen and Glen Durrant. Billed as the clash of the world champions, fans could not separate the two prior to the game. The first 4 legs all went on throw, before Durrant struck the first blow, pinning double 4 to lead 3-2 at the interval. ‘Duzza’ was showing no signs of nerves, as he excited the Winter Gardens crowd, going 7 perfect darts into the 8th leg. He kept his advantage at the final break, checking out 84 to lead van Gerwen 6-4. The pair traded breaks of throw afterwards, with Glen gaining a 3 leg advantage at 8-5. However, the lead quickly evaporated, as the Dutch man caught fire, nailing 60 and 134 checkouts to level the game at 8-8. For the third time on the night, the game went to a tiebreak, with Van Gerwen throwing first. Durrant went within a leg of the match when MVG missed 4 darts at the outer ring, but the PDC world champion responded with a superb 13 darter to level at 11-11. However, when Van Gerwen failed to check out 94, Durrant nailed an 84 finish on double 6 to throw for the match once again. The Dutch man missed a dart at the bullseye to level the match once again, allowing ‘Duzza’ three clear darts at double 20, which he duly took, sending the Winter Gardens crowd into raptures. It was a 13-11 win and Durrant said immediately afterwards, ‘apart from the birth of my daughter and my marriage, this is the greatest moment of my life.’ With Van Gerwen and Anderson both exiting on the same night, the top half is wide open and Durrant is in as good a position as anyone to come through it. He plays James Wade in the quarter finals on Thursday night, in what is certain to be another thriller.