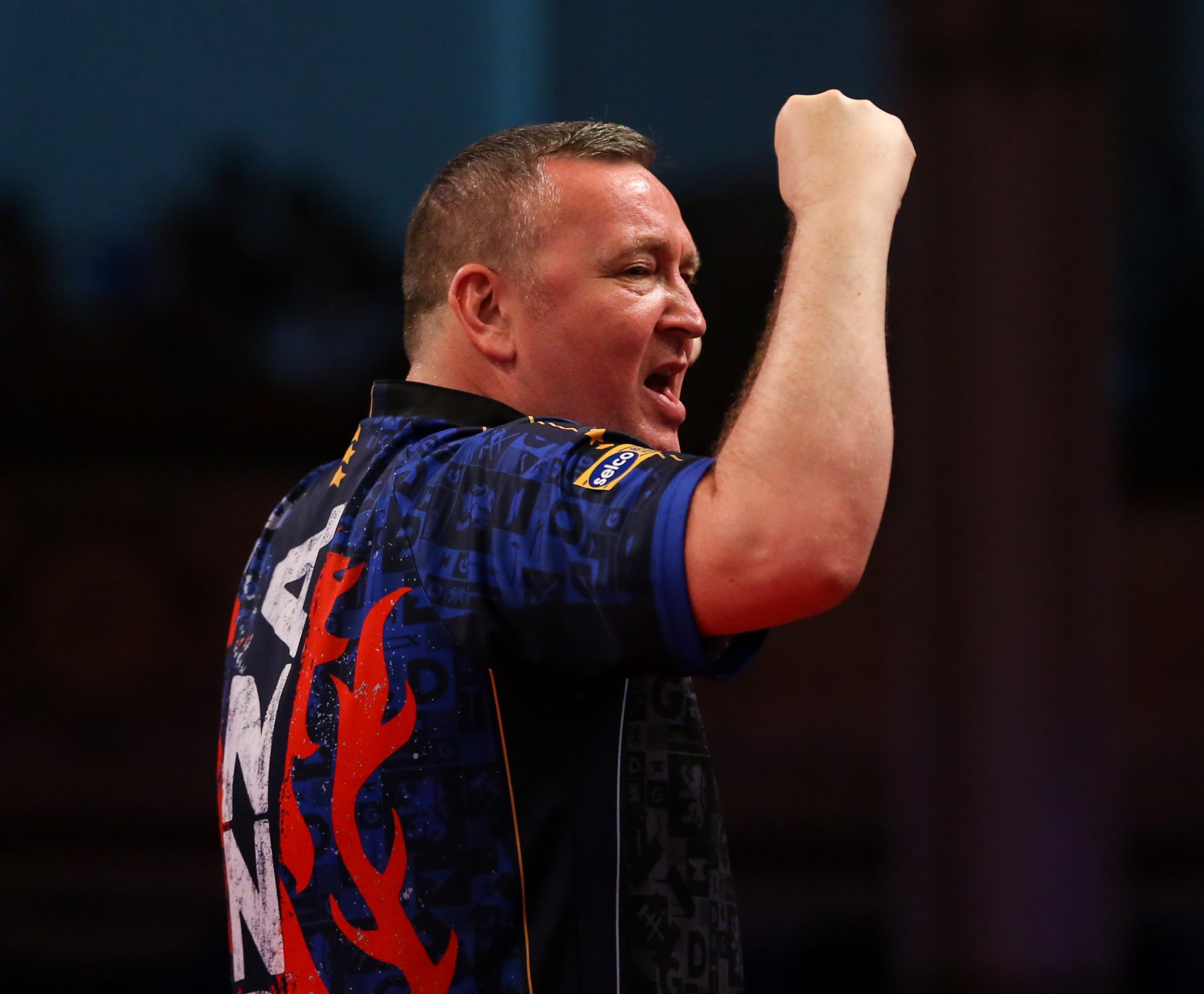 Glen Durrant lifted the Behind Closed Doors staging on Thursday evening, hosted by North East Darts, as he overcame Andy Boulton in a one-sided final.

Durrant, who currently leads the way in the currently suspended Premier League, came through the eight-man field throughout the week from his designated practice board at his home in Middlesborough.

After finishing third in the initial league phase behind both table-topper Chris Dobey and former UK Open champion Nathan Aspinall, Durrant came through a scintillating encounter with the world number seven.

The three-time world champion raced out of the gates, constructing a 4-1 advantage with an average over the 110 mark, and led 7-4 as he edged closer to a place in the final.

However, as the match progressed, Aspinall reeled off three legs in succession, including mesmerising checkouts of 122 and 136, to level up proceedings at seven apiece and force a deciding leg.

‘Duzza’ then pinned a magnificent 14-darter in the concluding leg to book a spot in the final, recording a formidable 103.2 average compared to Aspinall’s valiant efforts of 102.1.

It was subsequently plain sailing for the Middlesborough man in the final as he thrashed Ayrshire-based Boulton to the loss of a mere two legs, registering an impressive 98.4 average en route to victory.

Boulton had previously averaged in excess of the 100 mark as he battled back from behind to overcame World Grand Prix semi-finalist Dobey – who held the advantage heading into the latter stages of the contest.

Meanwhile, there was a considerable margin between the quartet who progressed to the semi-finals and those who departed at the first hurdle of the innovative tournament.

The second Behind Closed Doors staging will take place next week ahead of the return of the professional circuit, with new names being invited to the tournament.