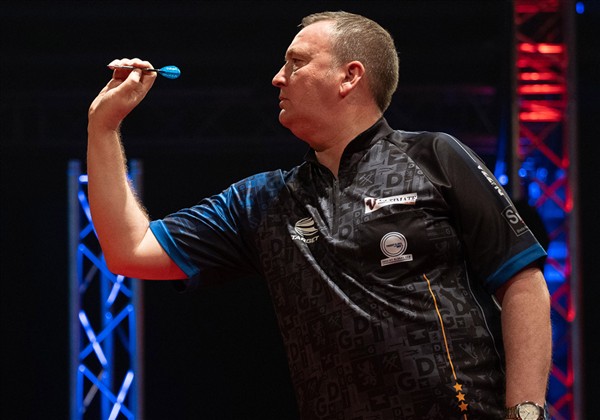 Glen Durrant will replace Kyle Anderson in the upcoming World Series of Darts Finals – which is scheduled to be held from September 18 in Salzburg, Austria.

Anderson was amongst three Australians to receive an invitation to the staging alongside both Simon Whitlock and Damon Heta.

The Australian has now withdrawn from the tournament due to personal reasons, and will be replaced by recent World Matchplay semi-finalist Durrant – the highest ranked player currently not involved.

Three-time world champion Durrant will make his World Series of Darts Finals debut after falling short in the qualifying event during his maiden season as a professional.

Krzysztof Ratajski whitewashed the Middlesborough man in the qualifying decider, with last year’s quarter-finalist next in line on the list of replacements should their be any additional withdrawals.

Ratajski is currently amongst a number of players who will attend the qualifier in Hildesheim on Friday August 11, with four more places up for grabs.

The World Series of Darts Finals will take place from September 18-20 at the Salzburgarena in Austria with coverage being broadcast live on ITV4.

The tournament will mark the return of spectators, following a recent announcement from the Austrian government to allow indoor events to go ahead with a capacity of 5,000 in attendance.