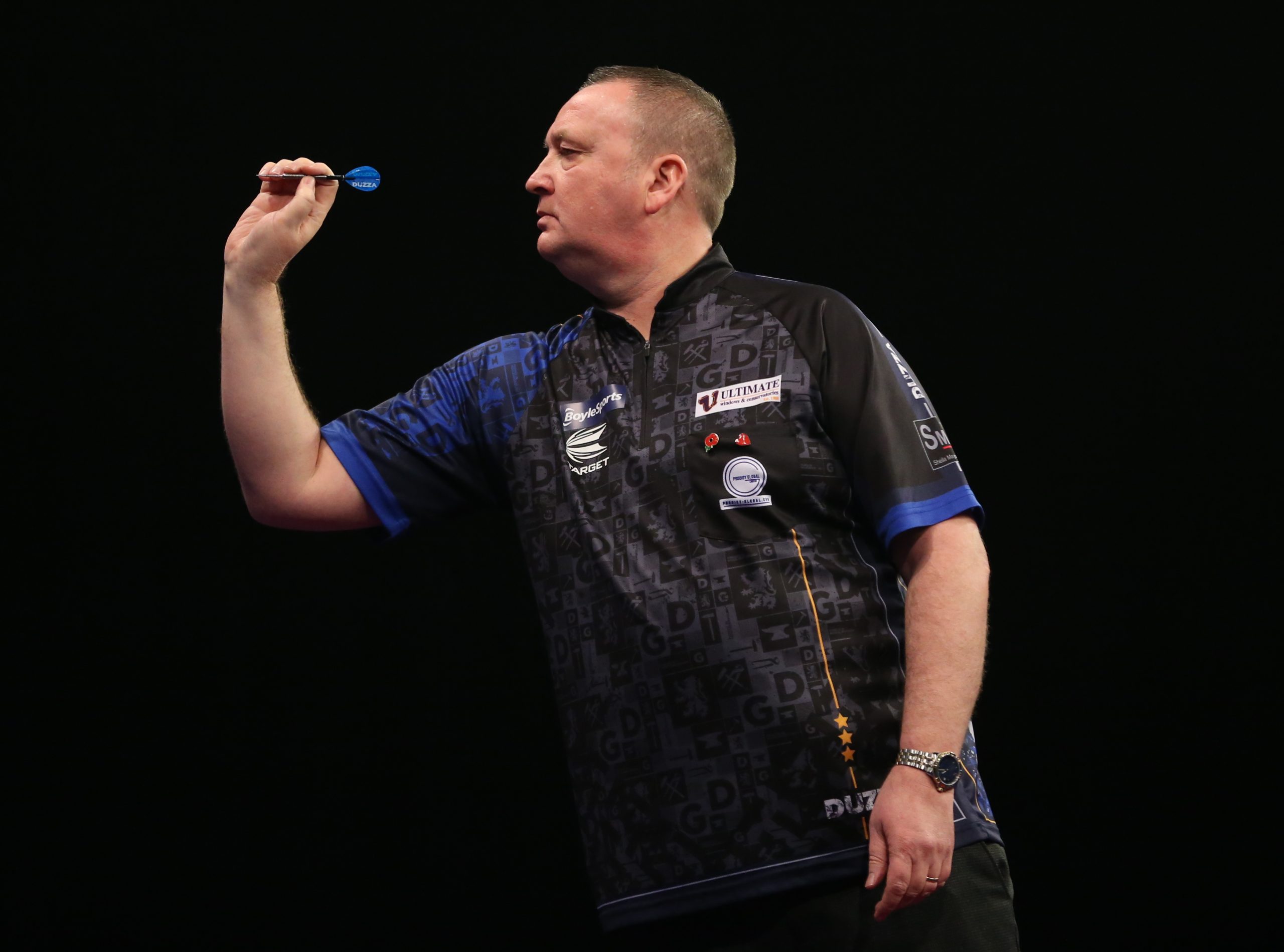 Glen Durrant whitewashed Nathan Aspinall to book his place in the Grand Slam of Darts knockout stages, while Ryan Harrington produced a remarkable feat in Wolverhampton.

Durrant, who has reached both the World Matchplay and World Grand Prix semi-finals this year, set up a winner progresses affair with Aspinall on Sunday after edging past Martin Schindler.

CLEMENS PUTS ON A SHOW!

Gabriel Clemens averages 110.27 in a 5-2 demolition of Richard Veenstra to open tonight's play! Brilliant stuff from the big German!

The German averaged 110.27 in a blistering performance – which included five maximums and three legs of 12 darts or below.

Gurney himself also progressed to the second round after handing his compatriot, Brendan Dolan a heavy blow in Wolverhampton.

After losing two of the opening three legs, Gurney raced to a 5-2 victory, pinning a mesmerising 161 outshot along the way.

The Northern Irishman will face world number three Michael Smith in what on paper is a mouth-watering second round contest.

Smith trailed 3-0 and 4-2 at the hands of Martin Schindler, though, survived multiple match darts, before pinning double 12 to secure his place at the top of Group H.

? "The biggest win of his life, Ryan Harrington is into the last 16! " #Lovethedarts

We’re live on Sky Sports Action or Main Event and at our live blog: https://t.co/Y6xlTAIBjP pic.twitter.com/7FiMH4CGKG

Ryan Harrington comfortably sealed his place in the second round on debut after beating Wales’ Wayne Warren 5-1.

The Chelmsford-based ace was far from his best against BDO number six, Warren, averaging just 78.58, but progressed in a meaningful victory.

Elsewhere in Group F, Peter Wright once again showcased a finishing masterclass as he pinned five of his eight attempts at the outer ring in denying Danny Noppert.

The Dutchman led 2-1 thanks to a slow start from the former UK Open champion, however, from there it was plain-sailing for ‘Snakebite’.

World Matchplay champion Rob Cross edged into the second round, despite squandering 12 darts at double against a below-par Jamie Hughes.

Cross opened up a 3-0 lead early on and maintained his dominance throughout the duration of the encounter, regardless of his Tipton opponent pinning four maximums.

Lisa Ashton failed to get off the mark as Dave Chisnall produced a professional performance, despite having already prevailed to the second round.

Chisnall pinned four maximums on his way to a 5-1 rout, with missed opportunities from four-time world champion, Ashton, proving curtains.

The Grand Slam of Darts will resume tomorrow evening at the Aldersley Leisure Village in Wolverhampton as the group stages come to a frantic close.