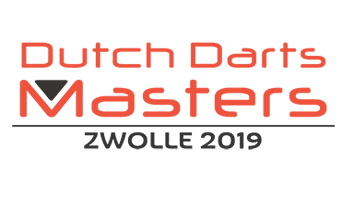 Day one of the Dutch Darts Masters saw Raymond van Barneveld secure a safe passage into the last 32.

The five times World Champion eased past Hungarian qualifier Pal Szekely, 6-2. Finishes of 156, 149 and 127 delighted the home crowd, but the Dutchman still managed to miss seven match darts before finally falling over the line. van Barneveld’s win sees him meet Michael Smith in tomorrow’s second round.

Glen Durrant received a welcome direct route through to the last 16 in Zwolle with a simple 6-1 win against Alexander Merkx in round one. “Duzza” will go straight into round three as a result of James Wade’s late withdrawal from the competition.

There were two high class affairs in the afternoon session.

Home hope, Danny Noppert averaged 104.56 in a 6-1 win against most recent Players Championship event winner, Swadlincote’s Harry Ward, who was no slouch in the averages himself at 103.32.

Michael Van Gerwen will return to his native Holland on Saturday, where his round two opponent will be recent Players Championship event winner, William O’Connor.

“The Magpie” won through his first round match with Ryan Joyce, opening the tournament with a 6-2 win to set up a meeting with the newly crowned Premier League Champion.

Irish presence will remain strong into the weekend, as Mickey Mansell and Brendan Dolan progressed. Mansell reeled off four straight legs to beat Kyle Anderson 6-4, while Dolan coasted to a 6-1 win against qualifier, Wesley Plaisier.

The evening session began with Steve Beaton defying a 170 checkout from Alan Norris to come through 6-4.

Elsewhere, Max Hopp defied a 100 average from UK Open Champion, Nathan Aspinall to edge the Stockport man 6-5. Aspinall clawed his way back from 5-2 down to force a decider, but the German managed to repel the comeback.

Mervyn King set up a clash with Daryl Gurney in round two, after defeating Luke Woodhouse 6-2.

Krsysztof Ratajski will yet again meet Gerwyn Price in the second round, as he beat Ross Smith 6-3.

The last match of day one saw Ritchie Edhouse see off Jerry Hendricks 6-2, with the Dutchman disappointingly averaging under 80.

Van Gerwen and Van Barneveld set up clash in Zwolle