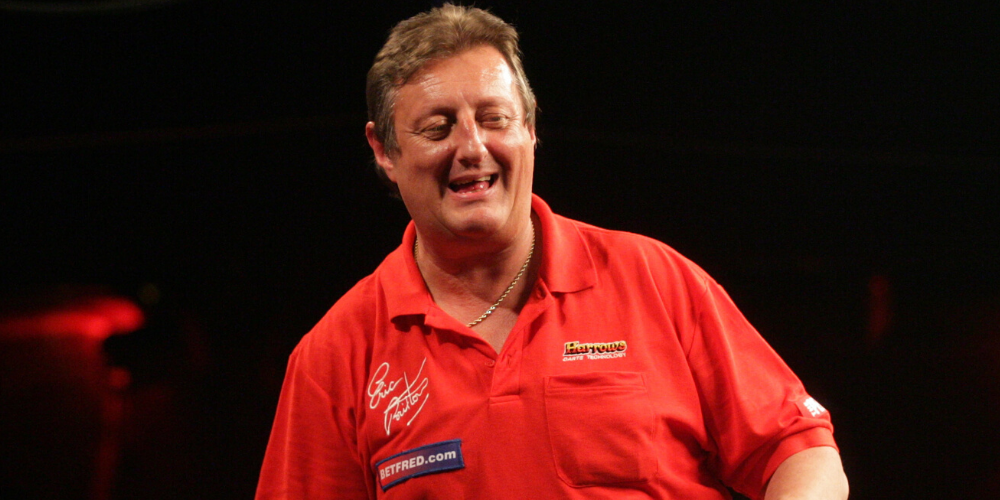 Eric Bristow – Just How Good Was ‘The Crafty Cockney’?

Darts’ favourite son would have been 63 years old tomorrow. One of the founders of our feast, and easily the game’s most intriguing character, Eric is remembered for many different things, by differing generations. But it should never be forgotten that he really could play!

Along the wall in my ‘darts space’ are a few framed photos on prominent display. Each features a player who has made a contribution to the  game or offers an interesting lesson for the players that visit.

We were recently visited by a very senior figure in the darts business. As the conversation flowed our guest happened to glance at the ‘Hall of Fame’ and asked why each player was there. We soon arrived at the largest photo; this signed early 1980’s shot, of The Crafty Cockney, signifies the invention, and perfection, of the player package.

To my great surprise, the reply came “Yes, but was he really that good?”. I gave the short version of Eric’s ability but was absolutely amazed that the question was asked. But as time passes, new generations have naturally come to the game in the era of The Power, Fordham, Hankey and MVG. Their view of those who built the platform, for today’s icons, is similar to how we might look back at black and
white footage of golfers, tennis stars or footballers.

But it will not stand that they, and Eric especially, should simply merge in with a group of dimly remembered figures. By almost every measure Eric ranks as one of the top three players to have played the professional game, and there is a very strong case for him to be the most important:

The Crafty Cockney, starting when only 23 years old, won five world championships, in seven years, including two back-to-backs and a hattrick. It is often forgotten that he also reached another five finals. Every win was over a top-five player and every loss was to a darting titan. During this entire period, there was only one World Championship, and it featured every top professional in the field. The format
was also very short in the early rounds.

There is no one, other than Phil Taylor, who gets close to Eric’s effort. After Barney joined the PDC in 2007 you could make a case for the field being similarly strong to those from pre-1994. ‘The Power’ claimed only three World titles over the next decade.

The second greatest event during this era was the World Masters. It was incredibly difficult to win, being unseeded and played from floor to stage. Eric won his first Masters at the age of 20 and claimed a total of five between 1977 and 1984. No player, from any era, has gotten close to this. Bob Anderson’s three in a row was outstanding and, perhaps, the closest there will ever be. Eric also claimed back-to-back
News of the World events, one of only three to do so, and the World Cup singles crown four times on the bounce. Neither Phil nor MVG managed to add the World Cup Singles to their lists.

In addition, Eric won multiple versions of the Matchplay (British and World), The Grand Masters, Golden Arrows and every other major/TV event available to him. Even after his glory years he picked up a World Pair title (PDC) to go with his earlier WDF version. All-in-all Eric collected a total of over thirty ‘major’ events, in a day when there were far fewer, and with a united field of the highest quality.

With the modern obsession with averages the fact that current players hit 100+ averages at a stroll is often used to belittle those who have gone before. This, however, is both false and unfair. Eric hit what he needed to hit to subdue his opponent and win the match. His 103+ to defeat Jocky Wilson in the 1983 World Cup final and his 101 to defeat Kieth Deller in the 1983 Masters (final again!) were
remarkable at the time and would stand up in many finals today. The Crafty Cockney recorded a 105+ vs Alan Glazier earlier in 1983; this remained unbeaten until Phil Taylor claimed a 107+ eight year later.

Two matches that demonstrate Eric’s ability are the final of the World Masters in 1984 and the World Championship Final of 1985. They display his sheer talent and his matchplay and psychology skills in perfect harmony. Deller was defeated as much by psychology as by scoring, whereas Lowe was battered into submission with a blizzard of 180’s in the early stages. (Check them out on You Tube!)

As a final point it should be remembered that as well as the natural advance of any skill over time, the equipment and technology improvements that have been made since 1983 have been dramatic. Darts, stems and flights but especially boards and professionalism, have developed massively. The scoring areas of modern boards (especially in the PDC) are considerably larger and no longer surrounded by
rounded wires, staples and other such obstacles. Combined with the conditions, security of income and volume of opportunities to play top-level darts, the modern player has a big advantage.

If we grant Eric even 10 percent, for these handicaps, his performance level would move up to around 115+. This would put him straight into the top three of all time! (Add in his usual determination to be the best and who knows?)

In addition to Eric’s remarkable ability, and phenomenal winning record, it should not be forgotten that true ‘oche legends’ are not only remembered for their scoring, or finishing, alone. They are remembered for a mix of their sporting prowess, on-stage image, off-stage personality and what they bring to, and leave for, their sport. Bristow brought us an unmatched package of skill, unrivalled competitiveness,
pomp, aggression, flair and humour.

Eric Bristow created the template for the professional dart player. He also went out and sold it to the world. It is very hard to think of any other player, past or present, who can compete on those terms.

Yes, The Crafty Cockney really was that good, please don’t forget it!