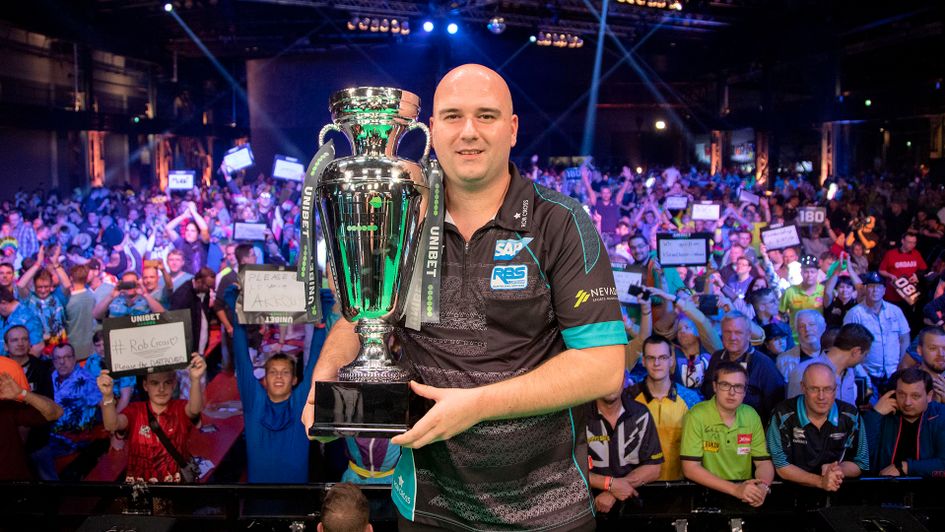 The 2020 European Championship will be held from October 29-November 1 at the Konig Pilsener Arena in Oberhausen, Germany after moving venues.

Having originally been scheduled to take place in Dortmund on the same dates, the televised tournament moves roughly 49km westerly in order to make its debut in Oberhausen.

The move is presumably related to the amount of coronavirus-focused restrictions in place in Dortmund compared to Oberhausen, with 2,000 spectators attending each session.

The first round of the tournament will be played on Thursday, October 30 in an unusual 16-match mega session, before the second round goes ahead across two sessions on the following day.

Saturday will then see the quarter-finals take place in the evening session, prior to the semi-finals and final on the Sunday evening.

Rob Cross will be defending his title in front of a socially distanced crowd in Oberhausen, with reigning world champion Peter Wright and Michael van Gerwen also set to compete.

Gerwyn Price and Devon Petersen, both of who have reigned victorious this year on the European Tour, will additionally return to Germany at the backend of October.

Two European Tour events are still to be contested beforehand, with the world’s elite returning to Riesa and Sindelfingen in the coming weeks.

The final European Championship field will be confirmed on Sunday, October 25 following the International Darts Open.