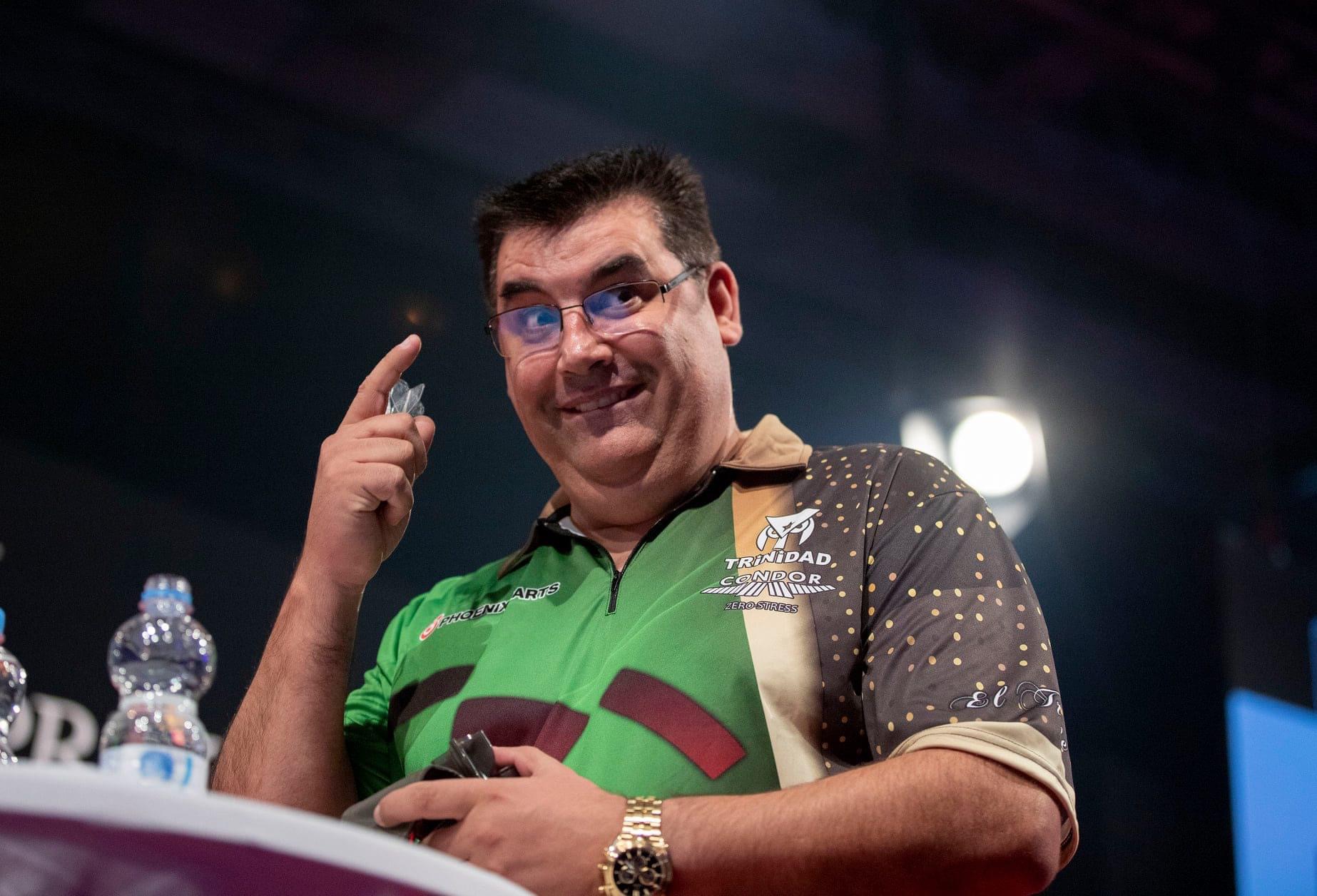 Jose de Sousa has sealed his debut in the upcoming European Championship after lifting his maiden European Tour title on Sunday in Sindelfingen.

De Sousa, who emphatically overcame Michael van Gerwen in the European Darts Grand Prix final, trousered £25,000 in Germany to rocket himself up the European Tour Order of Merit.

The Portuguese sensation joins both Gerwyn Price and Devon Peterson in having won titles on the continent this year, with South Africa’s Petersen set to make his first European Championship appearance in four years.

Meanwhile, Price is provisionally the number one seed heading into the final tournament prior to the cut-off, following his Belgian Darts Championship win back in March.

Dirk van Duijvenbode, a recent shock finalist at the World Grand Prix, is poised to appear at the European Championship for the first time since 2015.

Both Dutch players will be in action in the International Darts Open from October 23-25, with Kleermaker having qualified for all four European Tour events this year.

Another Dutchman in Maik Kuivenhoven sits convincingly in the rankings on £6,000 following his run to the quarter-finals at the European Darts Grand Prix.

Both Daryl Gurney and Dave Chisnall are tentatively qualified for the tournament, but will more than likely need to win their opening match in Riesa to secure their places.

If Chisnall was to unexpectedly miss out, it would be the first time in ten years that he hasn’t appeared in the televised tournament.

The European Championship will be held in Oberhausen, Germany, with Gabriel Clemens and Max Hopp currently the only host nation players within the provisional places.

However, that could change this weekend, with a couple of victories throwing Nico Kurz well and truly into the mix. The German youngster will need to come through the qualifiers beforehand on Thursday evening.

World Matchplay champion Dimitri Van den Bergh is amongst the high-profile names to miss out on qualification, having failed to qualify for any European Tour events this year.

Van den Bergh did appear at March’s Belgian Darts Championship in Hasselt, in which he received an invitation as the highest ranked Belgian player on the PDC Order of Merit.

Steve Beaton will not feature at the tournament for the first time in four years, while Chris Dobey and Vincent van der Voort will also not be heading back to Germany after not qualifying for the 2020 European Tour finale in Riesa.

Click here for the full European Tour Order of Merit via dartsrankings.com