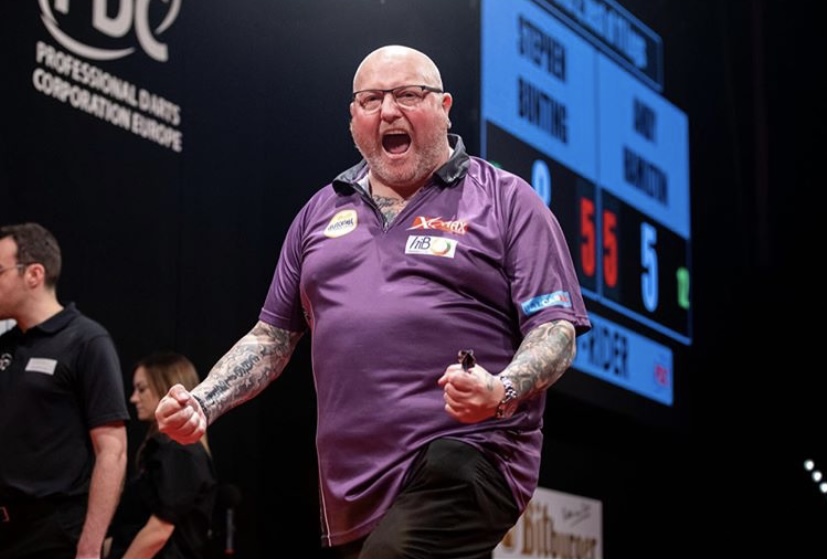 As the decimated 2020 European Tour circuit reaches its conclusion on Sunday, the race to the televised tournament hots up with four places yet to be confirmed.

Hamilton is making his return from injury this weekend at the International Darts Open in Riesa, winning his opening two matches against Simeon Heinz and Stephen Bunting.

‘The Hammer’ is now within the provisional places for the upcoming European Championship, with a return to the televised stage becoming increasingly likely.

The aforementioned quartet need at least one victory on the final day in Riesa to have any hopes of qualifying for the European Championship.

German qualifier Roetzsch, who overcame Rob Cross on Saturday afternoon, will secure an unexpected debut at the tournament if he was to upset the odds once again and defeat Krzysztof Ratajski.

Gabriel Clemens and Max Hopp have already obtained their places, and if Roetzsch was to prevail, the 2020 European Championship would be the first edition in eight years to feature three German players.

Baker and Noguera will also seal their debuts if they were to beat Michael Smith and Danny Noppert respectively, while Smith needs to oust home favourite Hopp to secure his return.

William O’Connor, who sits in the final qualifying position, will have his fingers crossed throughout the afternoon in the hope that Roetzsch, Smith, Baker and Noguera are all beaten.

Marginally above Irish World Cup of Darts star O’Connor, neither Jeffrey de Zwaan or Kim Huybrechts are safe, with all three players sitting on a mere £4,000.

It’s set to be a thrilling conclusion to the 2020 European Tour, with the International Darts Open resuming from 12pm at the Sachsen Arena in eastern Germany.

Should players be tied on prize money on the European Tour Order of Merit, PDC Rule 3.2 would be used to split any ties and in this instance would revert to the relevant players’ ranking on the main PDC Order of Merit.

Click here for the full European Tour Order of Merit via dartsrankings.com