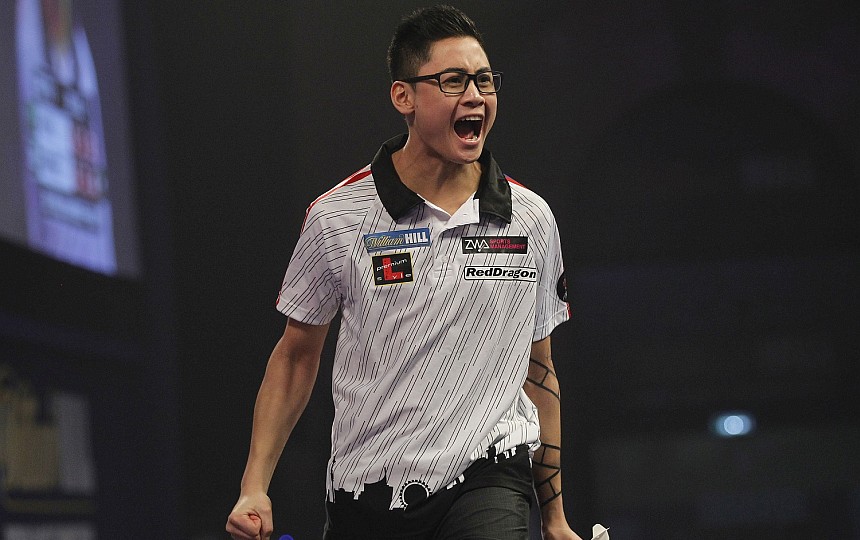 The European Tour EU Qualifiers were on this evening and it did not disappoint. The entrants were all vying for a qualifying place at the Dutch Darts Masters – it would be a hard battle through.

First up Rowby-John Rodriguez had a fantastic game against Dutch whizzkid Jeffrey De Zwaan both averaging over 100 (101.9 vs 102.7) Rodriguez came out the 6-4 winner with the lower average.

The Polish Eagle Ratajski beat Toni Alcinas 6-2 with a 99 average in a quick game.

Raymond van Barneveld qualified winning 6-2 in the final round against Gabriel Clemens. It will be his first appearance on the Dutch Darts Masters since 2013 – yes that is SIX years ago… take that in…RVB dispatched Clemens with 97.8 average!

Other Dutch qualifiers were Vincent van der Voort and Danny Noppert who will play in front of their home crowd. The controversial Van der Voort defeated Zoran Lerchbacher 6-3, while Noppert only lost one leg against Lithuania’s Darius Labanauskas.
Max Hopp became the last European qualifier and denied Jelle Klaasen (6-4) qualification for the European Tour event in Zwolle, in his home country. Jelle off form here with the lowest average in the final round of 83.8.