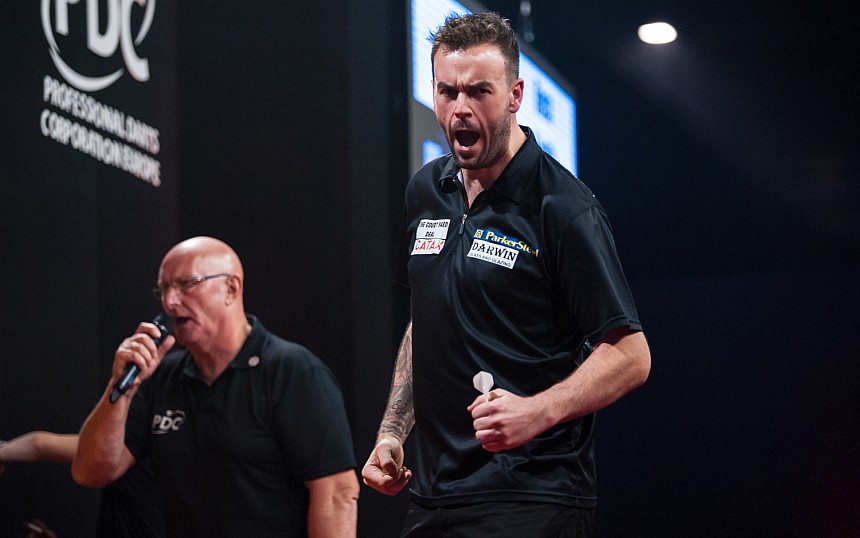 The first European Tour Qualifier of the day finished up around lunchtime today. All entrants were competing to qualify for the Dutch Darts Masters taking place in Zwolle, Netherlands next weekend.

There was a strong Irish contingent again at this qualifier with Brendan Dolan, Mickey Mansell and Willie O’Connor making it through. Heartbreak for Kevin Burness who finished with the lowest average in the final round of 79.1.

Glen Durrant had a real battle on his hands with Jamie Hughes and just came through a 6-5 winner against his old foe from the BDO days. The man from Dudley, Hughes, is really knocking on the door and its only a matter of time in my opinion before he goes real close in either a Euro Tour event or the Pro Tour. He had a 100.3 versus Glen’s 97.4 – hard lines to Hughes, but I do think his time will come.

UK Open winner Nathan Aspinall eased through to qualify against Conan Whitehead, whilst fresh from Thursday’s Premier League action Michael Smith made easy work of Mark Dudbridge annihilating him 6-0 with a 97 average, on his return to the Euro Tour qualifiers, after some years away from qualifying events.

The best average in the final round went to Ross Smith who smashed in a 112 average against Justin Pipe, who himself had a 100 average. Ross finished Pipe off with a 6-2 scoreline and will be a happy chappy to return to the European Tour. The Euro Tour is where ranking money can be gathered up quickly by winning a few rounds, you move up the table on a sharp curve.

Personally I am glad to see Target‘s Alan Norris make it through the qualifiers along with Keegan Brown, Kyle Anderson and Harry Ward to name a few of the 18 UK qualifiers today.