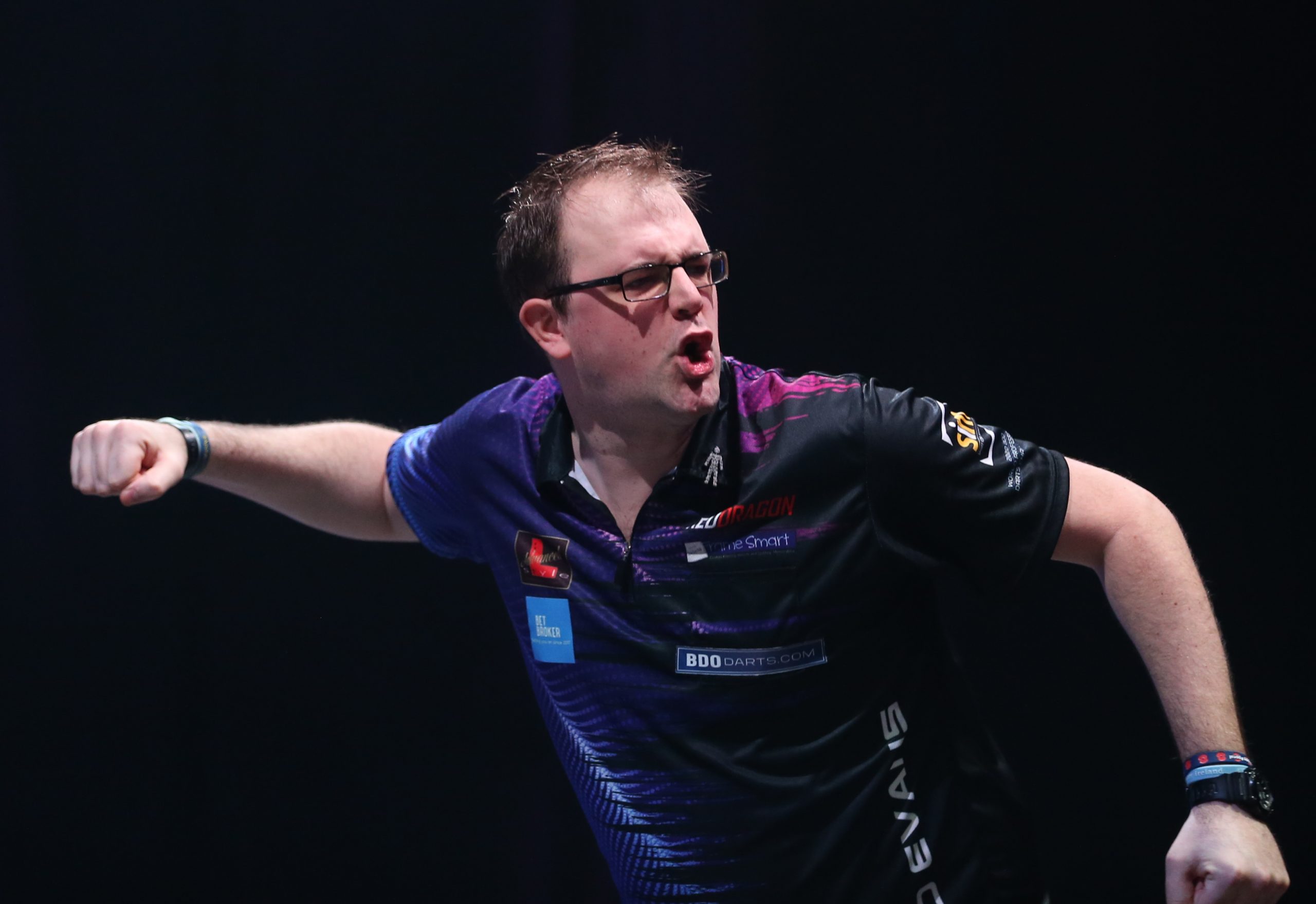 The Modus Icons of Darts Live League consists of daily darts coverage coming directly from the comfort of players’ homes, and aims to fill the void created by the coronavirus crisis on both the professional and exhibition circuits.

Evans’ victorious campaign commenced with a sensational showing that saw him register a 97.60 average in whitewashing former World Championship semi-finalist Jenkins, before edging out 19-year-old Wessel Nijman in a closely contested clash.

Evans was then handed his first defeat of the day against five-time world champion Raymond van Barneveld – who moved himself within a chance of topping Group Three with checkouts of 71, 90 and 121.

The Manchester-based ace’s winning ways resumed in his final match of Wednesday afternoon as he thrashed Mark Webster 5-1 with a 99.53 average.

After pinning a 109 outshot to get off the mark and a 148 finish in the penultimate leg against Webster, Evans threatened perfection, pinning back-to-back maximums, before eventually landing double 16 to top the pile.

Elsewhere, emerging Dutchman Nijman’s unrivalled winning streak came to an end at the hands of his Dutch predecessor van Barneveld.

The two-time Development Tour event winner lost three of his four matches on the day after previously winning eight matches in succession against world class opposition.

Meanwhile, Jenkins was forced to settle for second place for the second successive day, with a solitary defeat proving costly on both Tuesday and Wednesday.

The Portsmouth-born thrower will be hoping for top spot as action resumes from 11am on Thursday morning, with Paul Nicholson returning to the fray in replace of van Barneveld.

At present, coverage remains exclusive to a number of bookmakers websites, but Modus are working hard to secure streaming elsewhere in the foreseeable future.

19-year-old Nijman remains in pole position to become the overall champion, sitting tightly at the top of the Order of Merit after three days.