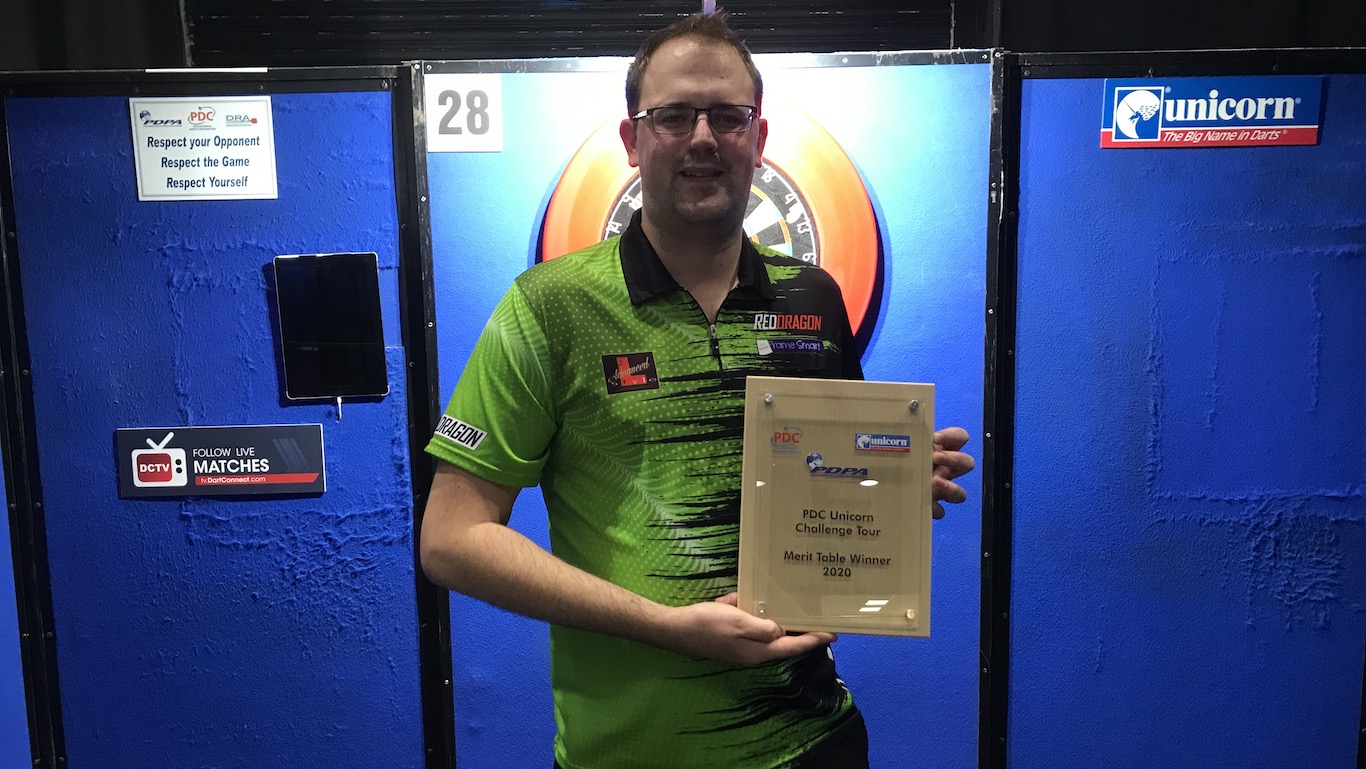 It was a prosperous weekend for David Evans on the PDC Challenge Tour as he topped the Order of Merit and therefore sealed the spoils up for grabs.

Evans claimed two titles across the six tournaments in Barnsley, and was the only player to win more than one event during the shortened 2020 Challenge Tour season.

The BDO World Championship quarter-finalist defeated Richie Burnett and Chas Barstow in the respective finals to scoop the £2,000 winner’s fund on two occasions.

Evans will now make his debut on the professional circuit next year following his exploits, and will make his World Darts Championship debut in December at Alexandra Palace.

The 30-year-old will be joined in London by third-placed Keane Barry after the Irish youngster clinched his second successive appearance two weeks ago through the PDC Development Tour.

Meanwhile, Ritchie Edhouse announced his return to the professional scene after reaching the final of Event Ten to secure a coveted two-year tour card.

Edhouse held professional status between 2018-2019, but lost his tour card after failing to get inside the world’s top 64.

Evans and Edhouse each now also qualify for March’s UK Open, joining an additional eight players from the Challenge Tour standings in Minehead.

Scott Mitchell and Jim Williams headline an octet of players provisionally heading to Butlin’s Minehead Resort in the first ranking major of next season.

The updated and final standings following Event Ten in Barnsley

Click here for the full final Challenge Tour Order of Merit via dartsrankings.com