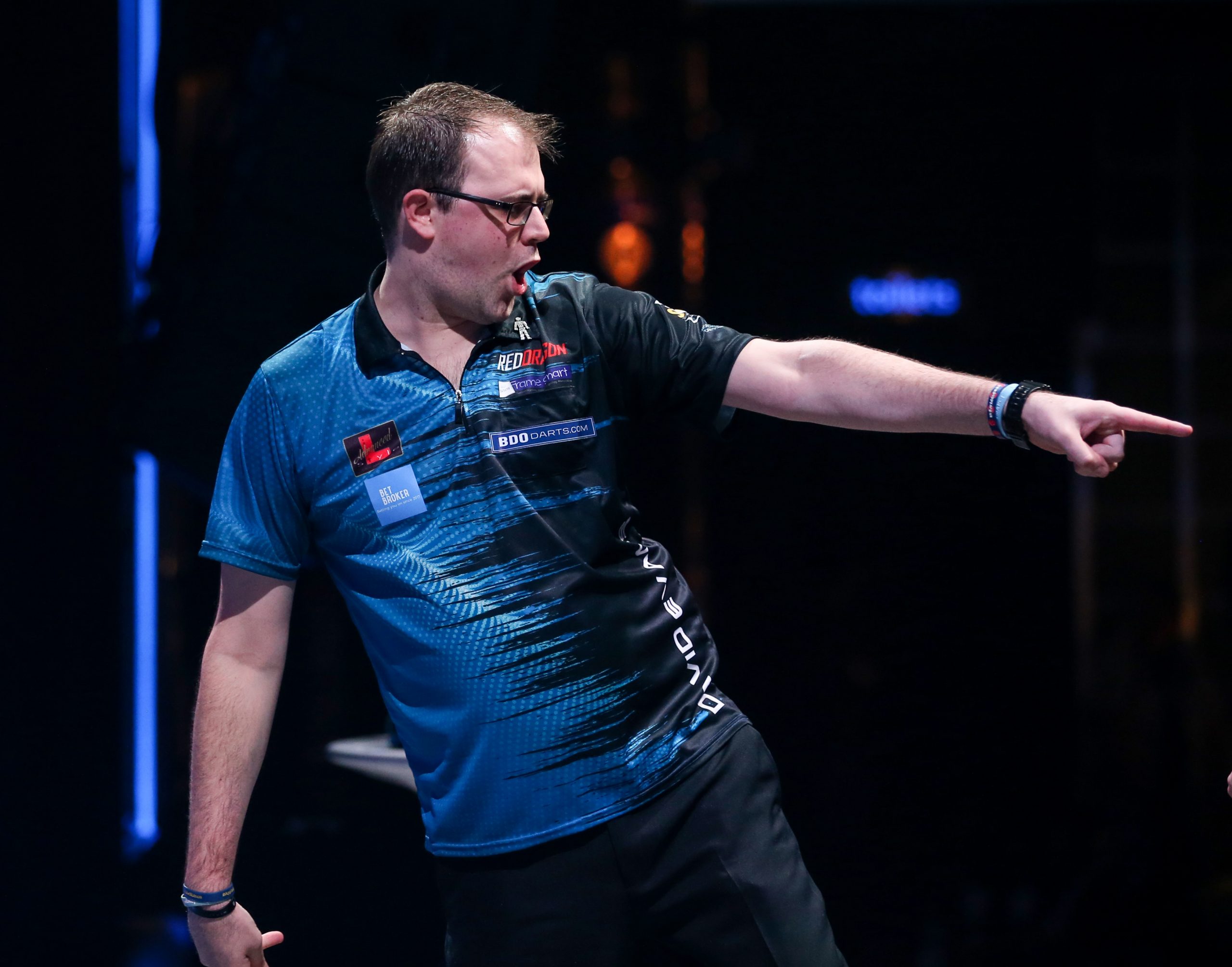 The Modus Icons of Darts Live League consists of daily darts coverage coming directly from the comfort of players’ homes, and aims to fill the void created by the coronavirus crisis on both the professional and exhibition circuits.

The BDO World Championship quarter-finalist commenced Thursday’s campaign with a 97.80 average in thrashing Andy Jenkins 5-2, before overcoming 19-year-old Nijman by the same scoreline.

Evans, nicknamed ‘Stretch’, then pulled off a stunning comeback from 4-2 behind against former Players Championship Finals winner Paul Nicholson to move on the cusp of a second successive group victory.

He subsequently sealed the deal with an emphatic 5-0 whitewash win over former champion of the world Mark Webster, recording a 97.60 average and pinning four maximums in the process.

Elsewhere, two-time Modus Icons of Darts Live League group winner, Nijman, finished second in Group Four after defeating Nicholson, Jenkins and Webster, with his loss at the hands of Evans proving decisive in the final outcome.

After Group Four came to a close, Nijman was pipped of top spot on the overall standings by Evans. Both players have lost just four times, having played 16 matches since the tournament getting underway on Monday morning.

The Modus Icons of Darts Live League resumes on Friday morning from 11am, with Raymond van Barneveld returning to the fray in replace of Nijman in Group Five.

Currently, coverage remains exclusive to a number of bookmakers websites, but Modus are working hard to secure streaming elsewhere in the foreseeable future.

Van Barneveld denies Taylor in soft-tip showdown as £15,000 is raised for health workers