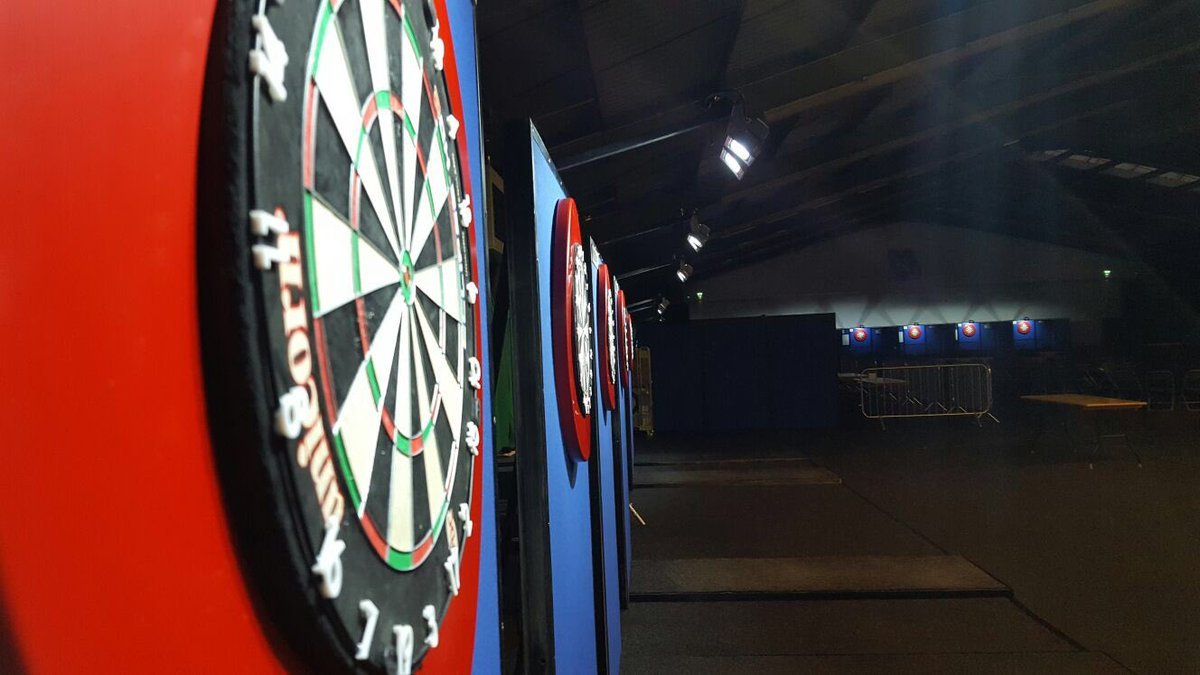 Everything you need to know ahead of UK Qualifying School

Qualifying School returns with 19 places on the Pro Tour up for grabs at the Robin Park Leisure Centre in Wigan.

It is definitely going to be the most demanding year yet for players on the professional circuit with 43 Pro Tour events taking place across the year, and that’s not including televised tournaments. Here’s everything you need to know ahead of the PDC’s UK Qualifying School:

WHAT IS AT STAKE?

The four-day-long qualification event will decide who will feature on the PDC’s Pro Tour. The tour card winners will also be awarded a spot in March’s UK Open after the recent qualification criteria adaption.

HOW MANY WILL BE PARTICIPATING?

397 entries have been submitted for the event, with seven high-profile ladies amongst those heading to the Robin Park Leisure Centre in Wigan.

WHO ARE THE STAND-OUT NAMES HEADING TO WIGAN?

Amongst the names heading to Wigan include two three-time World Champions, with both John Part and Glen Durrant involved, while another handful of World Champions in Scott Waites, Ritchie Burnett, Lisa Ashton and Anastasia Dobromyslova will also be traveling to Wigan.

Experienced PDC stars in Steve Hine, Robbie Green Jamie Caven, Andy Jenkins and Andrew Gilding will also be attending in search of a return to the PDC Pro Tour, as India’s Prakash Jiwa looks to make it three from three in the last few years at Q School, after losing his tour card once again.

BDO ranking event holders Mark McGeeney, Jim Williams and Daniel Day will be hoping to participate in the PDC tour for the first time, while Challenge Tour event winner Jarred Cole will be looking to join fellow JDC all star Bradley Brooks on the Pro Tour.

Meanwhile, Asian World Championship participants Royden Lam and Nitin Kumar will be in attendance as will 2014 PDC Protege champion Jason Marriott and Barry Lynn – who made strides at the 2016 UK Open in beating both Gary Anderson and Brendan Dolan.

There will also be a number of international players competing as CDC winner Chuck Puleo, Brazil’s number one Diogo Portela, and New Zealand’s Mark McGrath and Darren Herewini.

WHERE CAN I FIND LIVE RESULTS AND UPDATES FROM THE EVENT?

DartConnect’s live scoring system, which made its debut on the PDC tour in 2018, will feature at the UK edition of Qualifying School for the first time. The feature will allow viewers to follow the results as they come in as well as the match statistics.

WHAT IS THE FORMAT?

All matches played at in Wigan will consist of a best of nine format.

HOW MANY SPOTS ARE ON OFFER?

19 tour cards will be offer in Wigan following 11 being taken in Hildesheim just two weeks ago. The two finalists of each day’s action will receive an automatic tour card with an additional 11 spaces being up for grabs via the UK Q School order of merit.

WHO ARE THE CONFIRMED EUROPEAN TOUR CARD WINNERS?

They will be joined by Niels Zonneveld, Mike van Duivenbode, Darius Labanauskas and Christian Bunse on the 2019 Pro Tour and at the upcoming Ladbrokes UK Open.

Who to look out for at UK Q-School