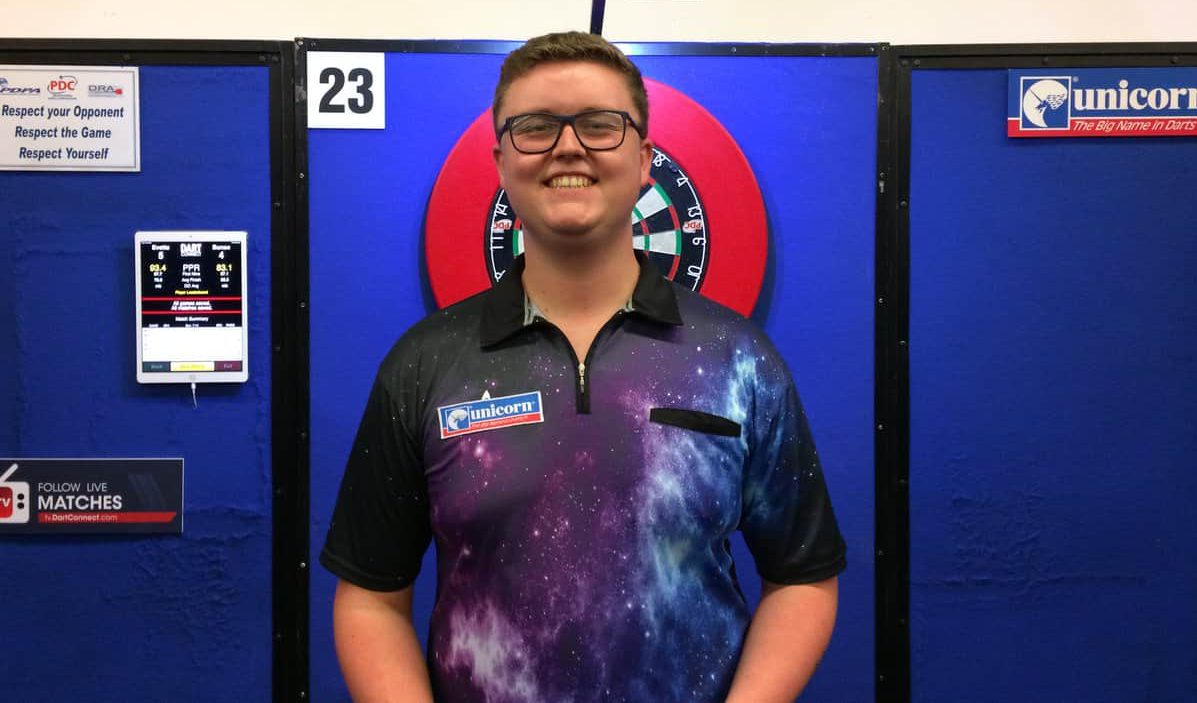 Evetts, 21, upped his tally to a staggering eight titles as he denied Shane McGuirk and Bradley Brooks in the finals. Southam’s Evetts enjoyed wins over Rhys Kerry, Moreno Blom, Dylan Powell, Robin Beger, Harry Ward, Niels Zonneveld and Justin van Tergouw on his way to the final of Development Tour 10, while he denied Declan Hooley, Nathan Boon, Billy Warriner, Dan Read, Joe Davis, Owen Roelofs and Geert Nentjes to get to the final of Development Tour 12.

‘Super Ted’, who appeared at the World Darts Championships for a second successive year in December, is well on course of a return to the Alexandra Palace after cementing his place at the summit of the Development Tour Order of Merit.

Elsewhere, Geert Nentjes not only won his maiden Development Tour crown in Milton Keynes, but also nailed the nine-darter during a scintillating weekend for the Dutchman.

Nentjes got his campaign underway with three whitewashes of Levy Frauenfelder, Oliver King and Wesley van Trijp. He also recorded averages of 100.2 and 101.9 in his opening two performances. Wins over Keelan Kay and Owen Roelofs followed, before a victory over Ciaran Teehan secured his place in the final – where he tasted success after beating Shane McGuirk 5-2 in a high-quality final.

Just weeks after opening up about his mental health, Luke Humphries joined the winner’s circle once again as he beat Greg Ritchie in the final.

Humphries denied Justin van Tergouw’s 97.9 average in the third round, and also saw off the likes of George Gardner, Corey Cadby and Justin Smith during an exceptional day for the 24-year-old.

The Development Tour resumes from August 17-18 with an additional four events as the circuit makes its annual pilgrimage to Halle 39 in Hildesheim, Germany.