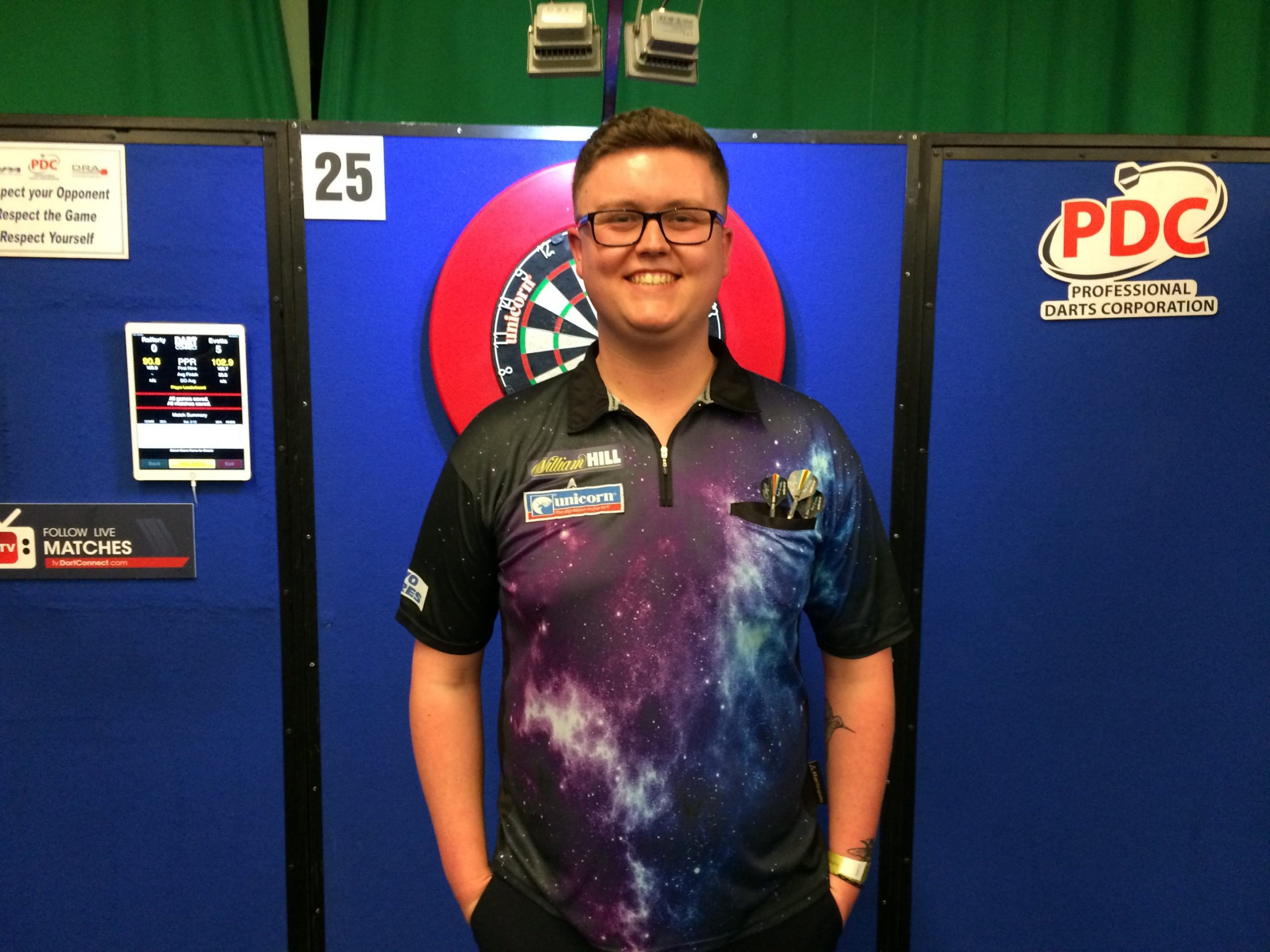 Ted Evetts tasted success amid a break in professional play as he defeated Luke Humphries 8-4 in the final of the CG Darts Bedroom tournament on Wednesday evening.

DartConnect hosted the final of the remotely contested competition, with Evetts and Humphries simultaneously competing against one another in Warwickshire and Berkshire respectively.

Evetts drew first blood with an 18-darter, before Humphries responded and subsequently opened up a 4-2 advantage over last year’s PDC Development Tour table-topper.

From there, ‘Super Ted’ reeled off a staggering six legs in succession to claim the spoils, registering an 87.3 average in the process.

Evetts came through a tough draw on his way to the final, denying Rowby-John Rodriguez, Kyle McKinstry, Bradley Brooks and Dom Taylor.

The Stockton-based thrower will be hoping to return to form when professional darts gets back underway, having suffered a rough start to the year in which he endured four first round exits.

Ted Evetts wins the CG Darts Bedroom Competition thanks to a 8-4 victory over Luke Humphries. pic.twitter.com/ClAV1Lpmll

Meikle’s run came weeks after lifting two Development Tour titles, white Taylor reached yet another semi-final after reaching three out of his four attempts in Hildesheim.

Elsewhere, Kim Huybrechts endured a first round departure at the hands of 19-year-old Bradley Brooks.

It is expected that further online, remotely contested tournaments will take place over the coming days as professionals come to terms with the break in play due to the coronavirus outbreak.