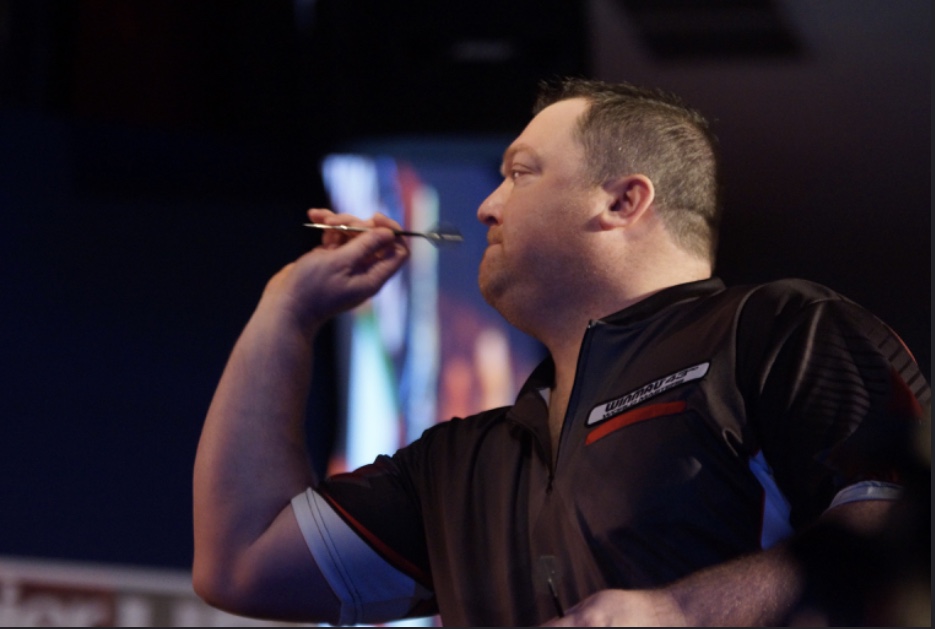 Canadian Kiley Edmunds toppled both Jim Long and Gary Mawson to claim the spoils as the inaugural CDC Championship League came a close on Wednesday evening in North America.

Edumunds, who is pictured beating former BDO World Championship finalist Danny Noppert during the World Masters four years ago, defeated American Mawson in a closely contested final from his home in Nova Scotia.

He sneaked inside the top four in his respective division, before overcoming Campbell in the semi-finals with a 108 checkout and three maximums.

Edmunds then locked horns with former World Championship participant Jim Long in the final, pinning a magnificent 148 checkout on his way to a narrow 9-7 victory.

Ontario-based Long converted checkouts of 122 and 130 to construct an early 2-0 advantage, though, Edmunds turned the tables with high finishes of his own.

Long’s doubles soon began to elude him and became costly in the eventual outcome as Edmunds became the online Canadian champion and progressed to face America’s victor.

America’s Mawson toeing the oche at the US Darts Masters (Photography: Lucas Peltier/PDC)

Both were seemingly invincible in maintaining their throw throughout the match, with every leg going with the darts until the decider.

Mawson, who threatened the nine-darter in the fourteenth leg of proceedings before pinning a magnificent 127 checkout on the bullseye, stole the darts for the first time in the deciding leg to seal success.

A disappointed Linberg was left with his head in his hands after squandering two match darts, with former CDC Matchplay and Continental Cup winner Mawson recording an impressive 95.70 average.

In a nervy grand final, Edmunds started the better of the two, fabricating leads of 3-0 and 6-3, only for his American counterpart to claim five of the next seven legs to force a decider, defying checkouts of 71 and 124 from the Canadian.

Edmunds held the advantage of throwing first in the concluding leg, and, despite pinning a disappointing visit without a treble first off, converted his fourth maximum prior to sealing the deal on double tops.

Kiley Edmunds is the CHAMPION of the CDC Championship League!!

We saw Mr Edmunds come through an exciting finish to a 9-8 nail biter vs Gary Mawson.

“I’m relieved more than anything I think,” Edmunds said. “It’s about time I won something on the CDC Tour, but Gary didn’t throw his darts, missed some doubles and I could have been 5-0 up in the beginning.

“Gary’s one of the most decorated players Canada’s states has ever seen, so it’s an honour to play him. I’m just relieved to get the win.”

He then bullishly claimed: “There’s a lot more to come from me, I’m just getting started.”

“I lost,” Mawson laughed following the final. “I missed a few doubles early, got behind and had to claw my way back. I got into the position that I did last night [a deciding leg] and fell short.

“Kiley did what he had to do and kudos to him – he’s a great player, and I can’t wait to get back on the board to actually beat him in person!”

Earlier in the league phase, Edmunds was subject to a nine-darter at the hands of his compatriot Shawn Brenneman – who achieved the feat for the third time in competitive action.

Brenneman, who departed at the first hurdle after a winless campaign, pinned back-to-back maximums followed by the renowned route of treble 20, treble 19 and double 12, whilst providing his own commentary throughout.

Following the completion of the innovative Championship League, broadcasted live from players’ homes, the CDC Tour is set to resume from July 11-12 in Denver.

Further weekends will take place in Edmunds’ residence of Halifax, Nova Scotia as well as Philadelphia and Edmonton.

The CDC’s major tournaments – the Matchplay and Continental Cup – are both scheduled to take place in New York from July 24 and November 21 respectively.