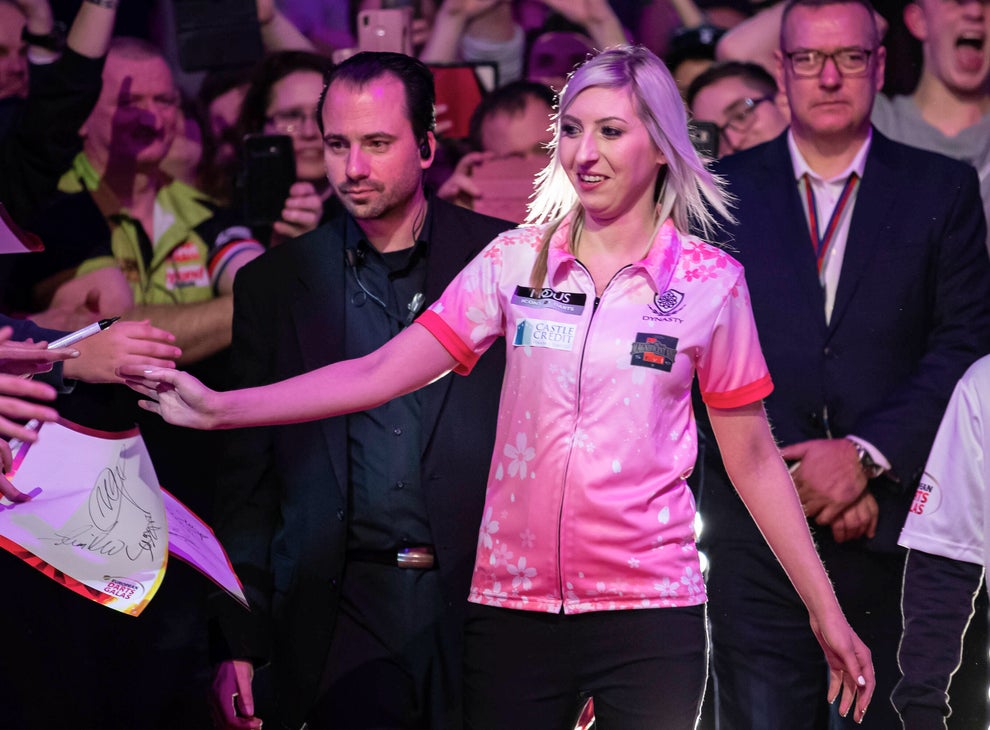 Fallon Sherrock came through a field of over 200 participants at Rileys Sports Bar in Wolverhampton on Saturday to seal her Ladbrokes UK Open debut.

Sherrock continued her ground-breaking few months, having recently made history in becoming the first woman to win a match at the World Darts Championship.

The Queen of the Palace defeated both Ted Evetts and Mensur Suljovic at Alexandra Palace, receiving various invitations for the World Series of Darts and as a ‘challenger’ in the Premier League, before unfortunately falling short of a tour card at Qualifying School.

Her disappointments were quickly put behind her as she became the first ever woman to come through the Rileys Amateur Qualifiers for the UK Open, beating Stuart White in the final.

Wooooooo, so happy to qualify for the @OfficialPDC UK Open @ClubRileys, I’m so happy..thank you to everyone today who was so supportive and nice, so pleased ?????. Big thanks to @FinanceCastle @ColossusBets @ModusDarts180 @LstyleEurope @DYNASTY_JAPAN for their belief in me

Sherrock had already beaten former PDC tour card holders Paul Rowley and James Richardson to the loss of just one leg in Wolverhampton during an emphatic route to victory.

Elsewhere, Jamie Clark clinched his UK Open debut after winning through the Aberdeen qualifier beating Craig Quinn in the final, while Kelvin Self ousted Martin Heneghan to reign victorious in Norwich.

The aforementioned quartet join the first qualifier, Jason Heaver – who won through a field of 140 at Rileys Victoria last weekend in London.

A further 11 amateur spaces are up for grabs in the coming weeks, with the qualifiers resuming next weekend as Chorlton and Coventry host events.

Sherrock and the amateur qualifiers will enter the fray at the first hurdle, being joined by eight Challenge Tour qualifiers, eight from the Development Tour and the bottom quarter of the 128 tour card holders.

Those ranked between 65-96 will subsequently begin their exploits in the second round, before those winners join players ranked 33-64 in the third round and 1-32 at the fourth hurdle.

The Ladbrokes UK Open takes place from March 6-8 at the Butlins Minehead Resort.