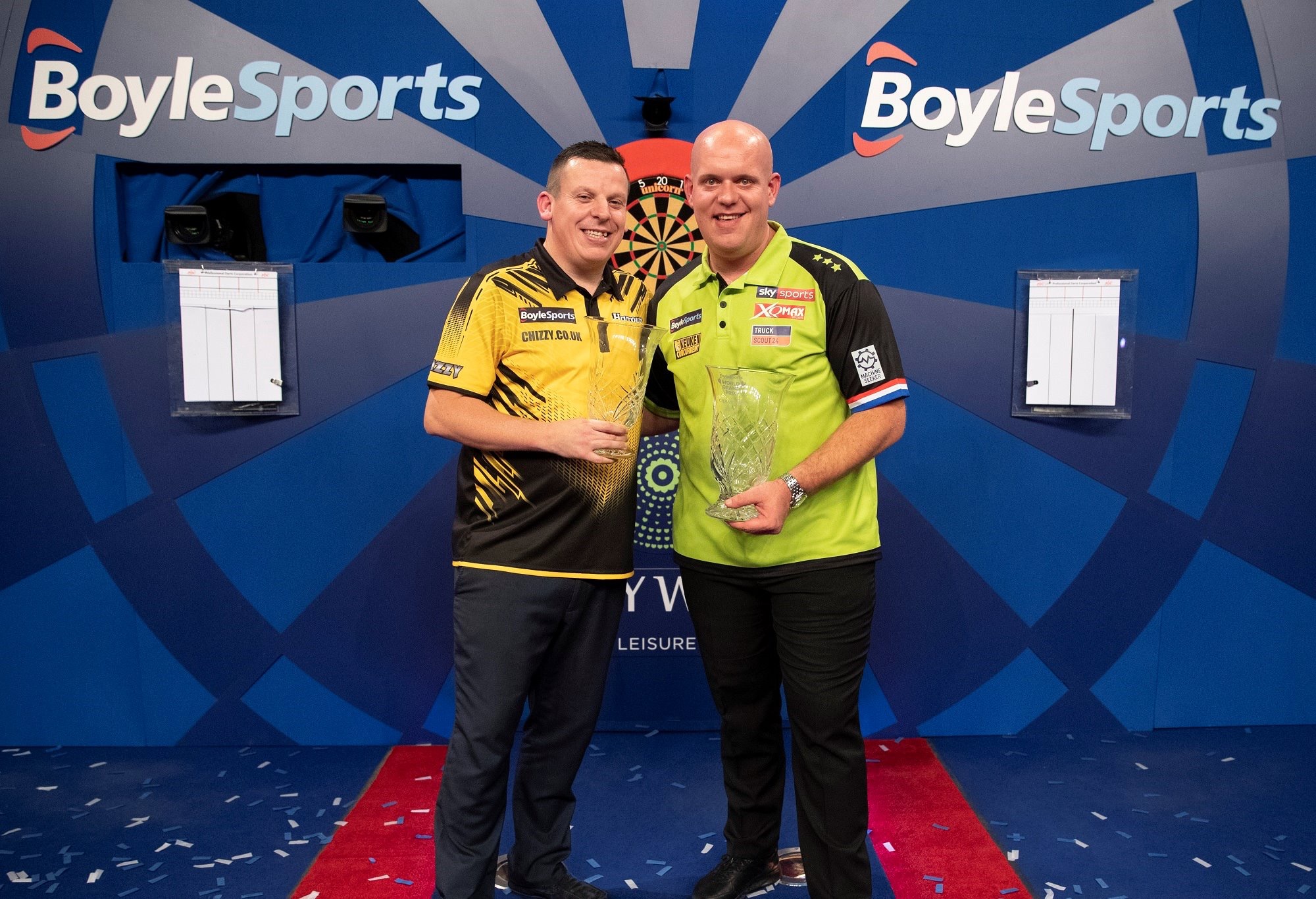 Michael van Gerwen dominated in Dublin for the fifth time as he beat a defiant Dave Chisnall 5-2 in the World Grand Prix final at the CityWest Hotel.

The world number one followed up his win over Peter Wright in last year’s final with a stunning showing once again, as he ended Chisnall’s impressive run at the concluding hurdle.

Van Gerwen raced out of the gates, whitewashing Chisnall in the opening set and from there, the St Helens man would have feared the worst.

Although, with scores tied at two-a-piece in the second set, Chisnall pinned a maximum and a blistering 101 checkout under intense pressure to level up proceedings.

Danish Darts Open champion, Chisnall, led not once but twice in set three, only to falter in the fifth leg, with van Gerwen finding a 111 outshot to regain his slender advantage.

Another ton-plus checkout handed the Dutchman a 2-0 lead in the fourth set, and despite a valiant comeback from Chisnall, he moved 3-1 ahead. A 3-1 scoreline became 4-1 and van Gerwen moved on the cusp of victory once again.

Chisnall had different ideas, however, he pinned a 13-dart leg to move back within two sets, only for van Gerwen to find two maximums in what would be the final set of the match, and close out a 5-2 triumph.

“It means a lot to me and I’m really pleased with this victory,” Van Gerwen admitted to pdc.tv following his victory.

“It’s been a phenomenal week for me and I played really well, and it was a really good performance in the final because Dave put me under pressure. This was some of the best darts I’ve seen from Dave and he never gave in.

“He had a great tournament and he played really well and pushed me, but every time in the important moments I did the right thing – and I think going 3-1 up was a big moment.

“I feel good and I want to keep this form going now into the big tournaments we have coming up.”

Van Gerwen survived a scare earlier on in the tournament as Jamie Hughes took the Dutchman to the distance, but wins over Jeffrey de Zwaan, Mervyn King, Chris Dobey and Chisnall in the final sealed his fifth World Grand Prix crown and 50th televised title.

As for Chisnall, despite enduring a disappointing defeat in the final, he enjoyed a valiant run, getting the better of Gerwyn Price, Stephen Bunting, Nathan Aspinall and Glen Durrant on his way to Saturday’s conclusion.