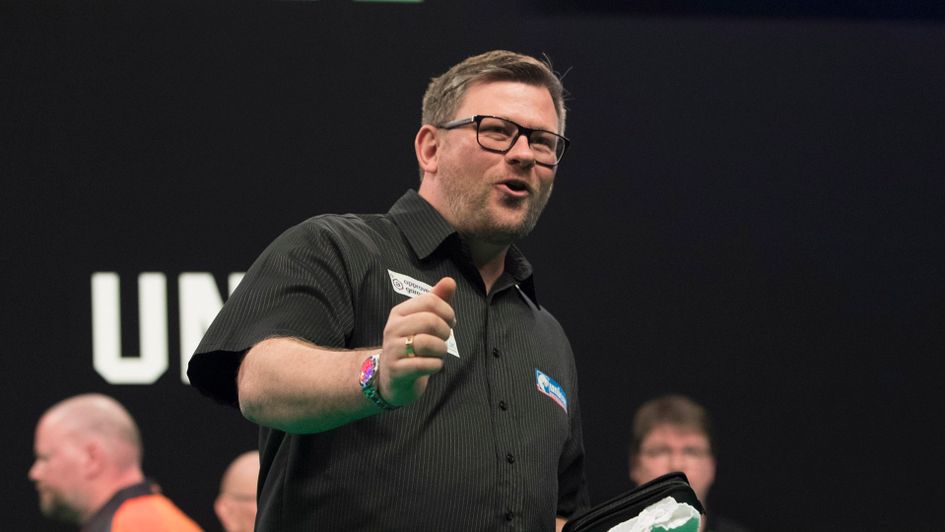 James Wade claimed his fifth PDC title of the year following a narrow 8-6 victory over Dave Chisnall in Players Championship 24 as John Henderson nailed the nine-darter.

Wade had already lifted four events, which included a weekend double, prior to Wednesday’s glory, and sealed further success in Barnsley.

‘The Machine’ began his campaign with a 6-3 win over Finland’s Marko Kantele, before successive 6-1 triumphs over Jonathan Worsley and James Richardson set a fourth round clash with five-time world champion, Raymond van Barneveld.

‘Barney’ produced a valiant performance, averaging just under the 100 mark, but it wasn’t enough to deny a prolific Wade – who pinned six of his 11 attempts at double and recorded a scintillating 105 average.

A close affair with Jermaine Wattimena followed for the Aldershot-based ace. Wade raced into a 4-1 lead, only for his Dutch opponent to win four in succession and gain a slender advantage.

The 36-year-old clinched the remaining two legs, including a breathtaking 12 darter in the decider to seal the victory and a spot in the semi-finals.

Scott Taylor would await ‘The Machine’. The Bolton thrower who stepped in following the late withdraw of Michael van Gerwen and reached his second PDC semi-final. Wade would prevail, winning 7-4.

He would then breeze into a 4-0 lead against Dave Chisnall in the final, eventually coming out a 8-6 victor. Wade pinned 47% on the outer ring and averaged 92.2 – which was enough to beat world number 12, Chisnall.

Elsewhere, Jamie Hughes averaged a blistering 108 average in the semi-finals against Chisnall, but fell short, losing out in a 7-6 defeat.

Peter Wright, Glen Durrant and Gerwyn Price were among the fourth round casualties as was South Africa’s Devon Petersen – who enjoyed a hard-fought run.

Benito van de Pas recouped some form as he fired in three 100-plus averages en route to the fourth round. The Dutchman lost out to eventual finalist, Dave Chisnall, despite averaging 104.8.

Players Championship 23 winner Jose de Sousa exited in the second round at the hands of Alan Norris as ‘Chuck’ progressed past the last 64 for the first time in over a year.

Number one seed, Ian White, departed at the second hurdle, as did Adrian Lewis, Dimitri van den Bergh and Daryl Gurney, while Michael Smith, and world champions Rob Cross and Gary Anderson exited in round one.

Seven players to look out for at the Japan National Championships