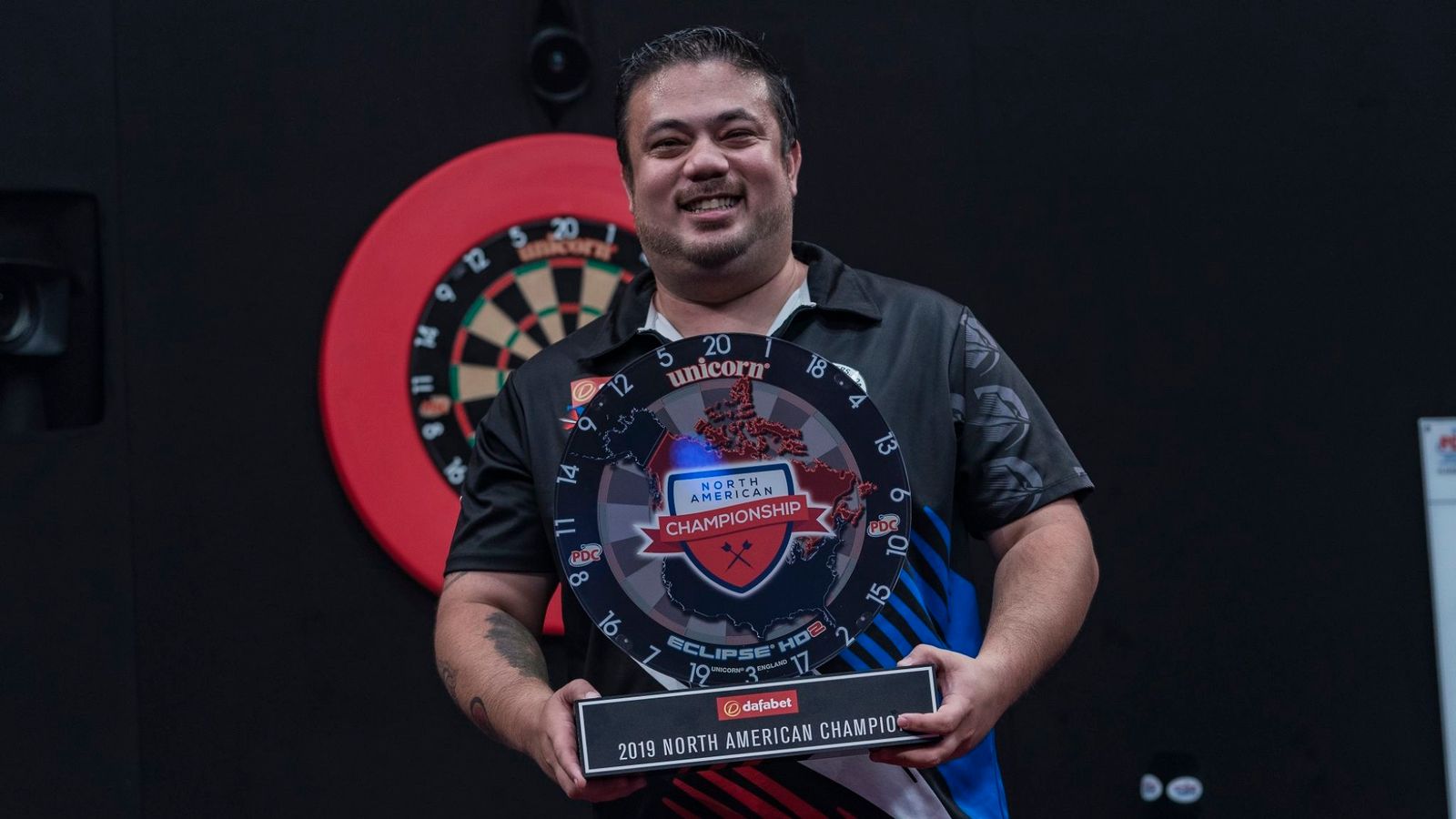 Just a week after he swept away the field at the Cherry Bomb International in Florida, Danny Baggish claimed the biggest title in North America as he lifted the North American Darts Championship at the Mandalay Bay Resort & Casino in Las Vegas.

Baggish sealed the deal after surviving a match dart on the bullseye in an enthralling final against defending champion, Jeff Smith. The Guam-born thrower pinned tops to pocket $10,000 and a World Darts Championship debut in December.

The 35-year-old made his US Darts Masters debut earlier in the day, losing out to Daryl Gurney, but battled back from behind against two more debutants in Elliot Milk and Leonard Gates to book his place in the final.

Baggish came from 2-1 down against Milk, reeling off five legs in succession to win 6-2, before battling back from 5-3 down to edge out Gates in a deciding leg, pinning a 48 checkout after Gates had squandered double 14 for a 121 outshot and the match.

The next three legs went with throw, as Baggish retained possession of his three legs advantage, only for Smith to reel off three in succession, including a 88 outshot on the bull, to send the match to the decider.

Baggish started slowly in the deciding leg, but scores of 137, 98 and 100 ensured he was on a finish after 12 darts. Smith was sat on 90, but missed the bull to retain his North American crown, and the Canadian was punished.

Baggish had made the 2,000-mile journey across the United States of America to partake in the North American Darts Championship, and it was more than worth it as he pinned tops, before falling to his knees in happiness.

11 years after featuring in a PDC ProTour double-header in Atlanta, he will now make his World Championship debut at Alexandra Palace, and has earned not only a CDC Tour Card for 2020 but also a sponsorship with Target Darts.

Elsewhere, it was an agonising defeat for Jeff Smith, after he reigned victorious 12 months ago, while CDC number one, Darin Young, lost out in the semi-finals after seeing off Ontario’s Jim Long.

It was also a Las Vegas experience to remember for Leonard Gates. ‘Soldier Gates’ saw off Shawn Brenneman, before excruciatingly missing a match dart to move into the final and defeat eventual champion, Baggish.

Florida’s Baggish will be back on our screens in December as he travels to north London for the World Darts Championship, before making his mark on the CDC stage next year.

US Darts Master Day One: Seeds All Safely Through

Aspinall hits the Jackpot in Vegas