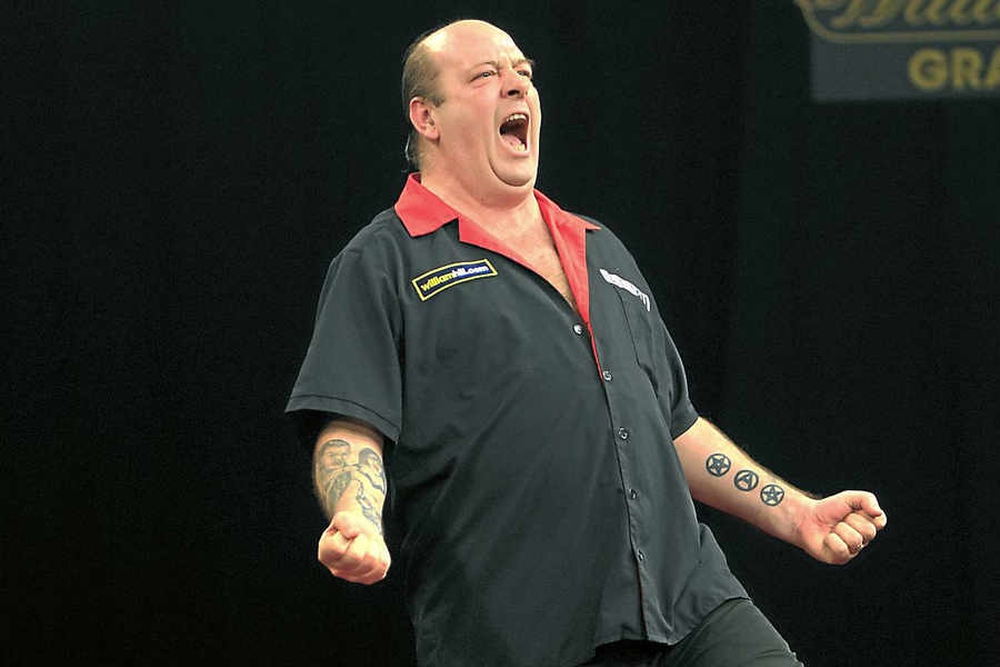 Mercurial darts star Ted Hankey should be back on our screens and plying his trade in the darting world very soon according to Winmau. Darts Manufacturer Winmau released a statement yesterday on their website stating that the former two time BDO World Champion will be making a comeback.

Ted Hankey from Stoke in England has had a bad patch of form and personal setbacks in his life which have hampered his rightful place at the higher echelons of the game. Ted Hankey won the BDO World Championship in 2000 and in 2009 among other high ranking BDO tournaments over the years.

He was a player that no-one wanted to face in the draw due to his on stage charisma, 180 power scoring and his deadly finishing. But over the last few years Ted has suffered with diabetes and eye-pressure issues, and then last year lost his biggest fan and the rock in his darting life, when his father sadly passed away.

“However, Ted has fought on and since got a handle on his condition, also turning his biggest loss to date into a new found motivation in making up for lost time, in honour of his father,” said Winmau.

“I’ve been back on the BDO circuit for around 6 years and whilst I’ve tried my best, I’ve not been in the best mind-set to show everyone how good I can be.”

“Whilst my health and family issues have played a part, the buck stops with me in getting back on top of the World as I still know I’m one of the very best there is.”

Ted Hankey is still a name to be feared in the game, he can turn a game on its head when he is in the mood. Having seen him first hand in his pomp, he undoubtedly has one of the smoothest and best throws in the game.

Hankey burst onto the world stage in 2000 winning the BDO World Championship with a 170 winning checkout beating Ronnie Baxter in a landslide 6-0 in sets. Ronnie Baxter wasn’t really at the races that day and was rushing his shots but Hankey played awesome all the way through the tournament, a highlight being the semi final against Chris Mason who himself hit 11 180’s in the process but couldn’t keep up with Hankey.

In 2009 he overcame his good friend Tony O’Shea in the BDO World final 7-6, again O’Shea could have hit more doubles when needed, but Hankey held his nerve and won out. Hankey apparently sorted himself out and got back to proper practice and proper arrows and it showed winning through to the final. For me there was only one winner when Hankey took to the stage in that 2009 final.

In 2012 he took the leap to move onto the PDC, but it never really worked out for him. He showed glimpses but after a year or so he came back to the BDO and has been labouring on the circuit for the last 6 years.

In recent years he has been lambasted by many for his on stage antics and outbursts, but I really think that is frustration in his game – we all know what is like when you know you can do something at practice but not do it on the stage, it is extremely frustrating. For a thrower like Hankey, it must have been hard this last few years trying to get his health back never mind his game.

But now that he has sorted his health problems, Winmau and more importantly Hankey himself are determined to get behind the Count and go again. Who would rule out the record breaking 180 man Ted Hankey from coming back from the brink and showing his class again – I certainly wouldn’t. Class and talent is permanent.

No Barney In Blackpool