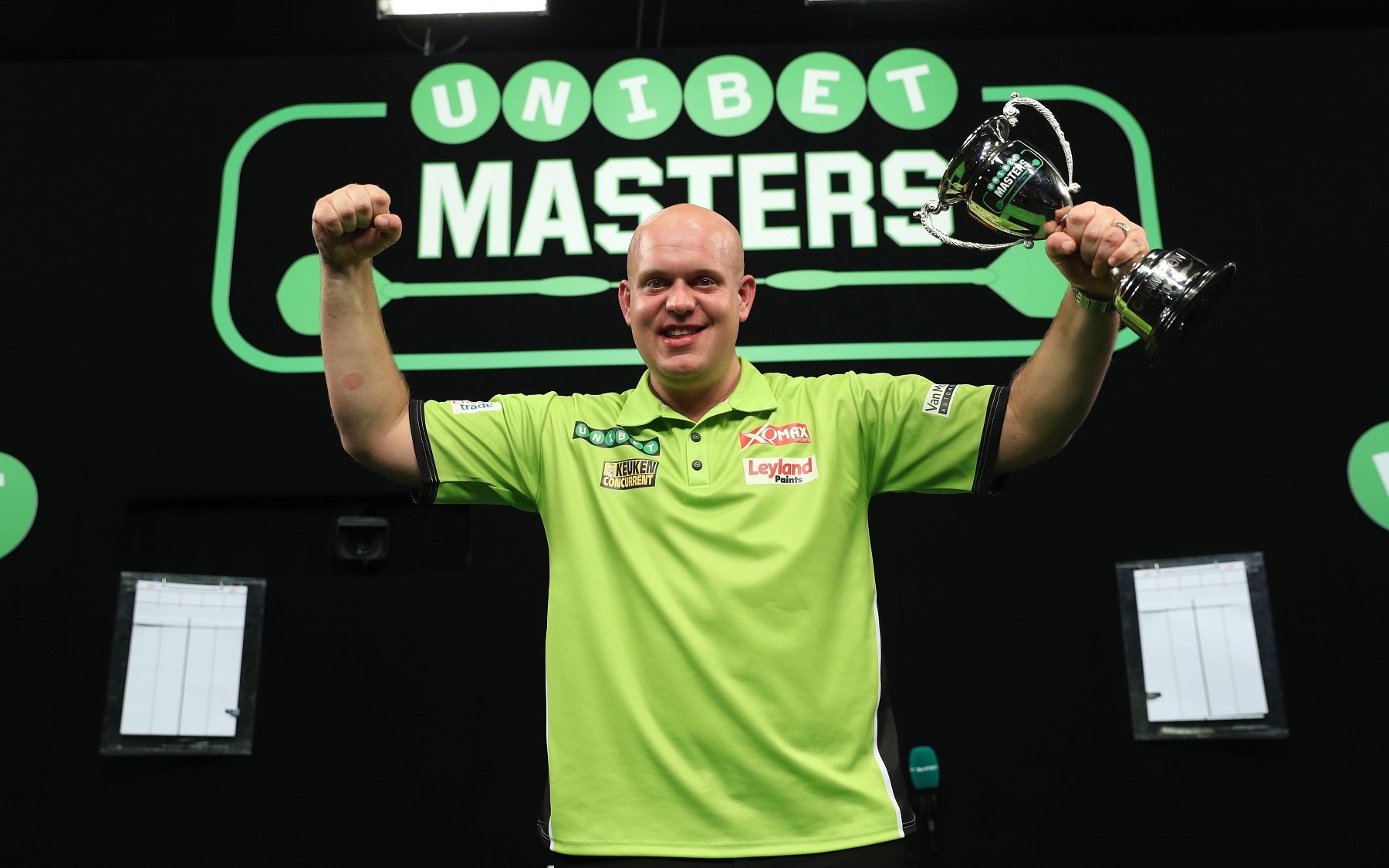 Michael Van Gerwen has been crowned the Unibet Masters champion for a fourth successive year after beating Raymond Van Barneveld on Sunday evening in Milton Keynes.

Van Gerwen saw off the likes of Kim Huybrechts and James Wade before facing former World Champion Gary Anderson in a repeat of last year’s final at Arena MK. Despite suffering with a back problem, ‘The Flying Scotsman’ put in a decent display only for the reigning champion to come out on top and setup an all Dutch final against Raymond Van Barneveld.

Barney topped a stunning display at the World Championship with an outstanding display in Milton Keynes, seeing off Dave Chisnall, who averaged 106, in round one before thrashing UK Open champion Peter Wright 10-2 to setup a semi-final clash with Mensur Suljovic. The Champions League of Darts winner produced some good darts throughout the tournament but the Dutchman was too much for him as Barney came out a 11-7 winner.

Raymond Van Barneveld led 4-1, 5-2 and 8-5 in the final hitting checkouts of 72 and 76, along the way. But Van Gerwen came from 8-5 behind. The Dutchman and World No.1 won six out of seven to snatch victory once again in Milton Keynes.

Raymond Van Barneveld has also secured his Grand Slam of Darts place after reaching the final at Arena MK.

Both will be back in action on Thursday night in Dublin as the Premier League return. Michael Van Gerwen takes on newly crowned World Champion Rob Cross while Raymond Van Barneveld takes on World Grand Prix winner Daryl Gurney.