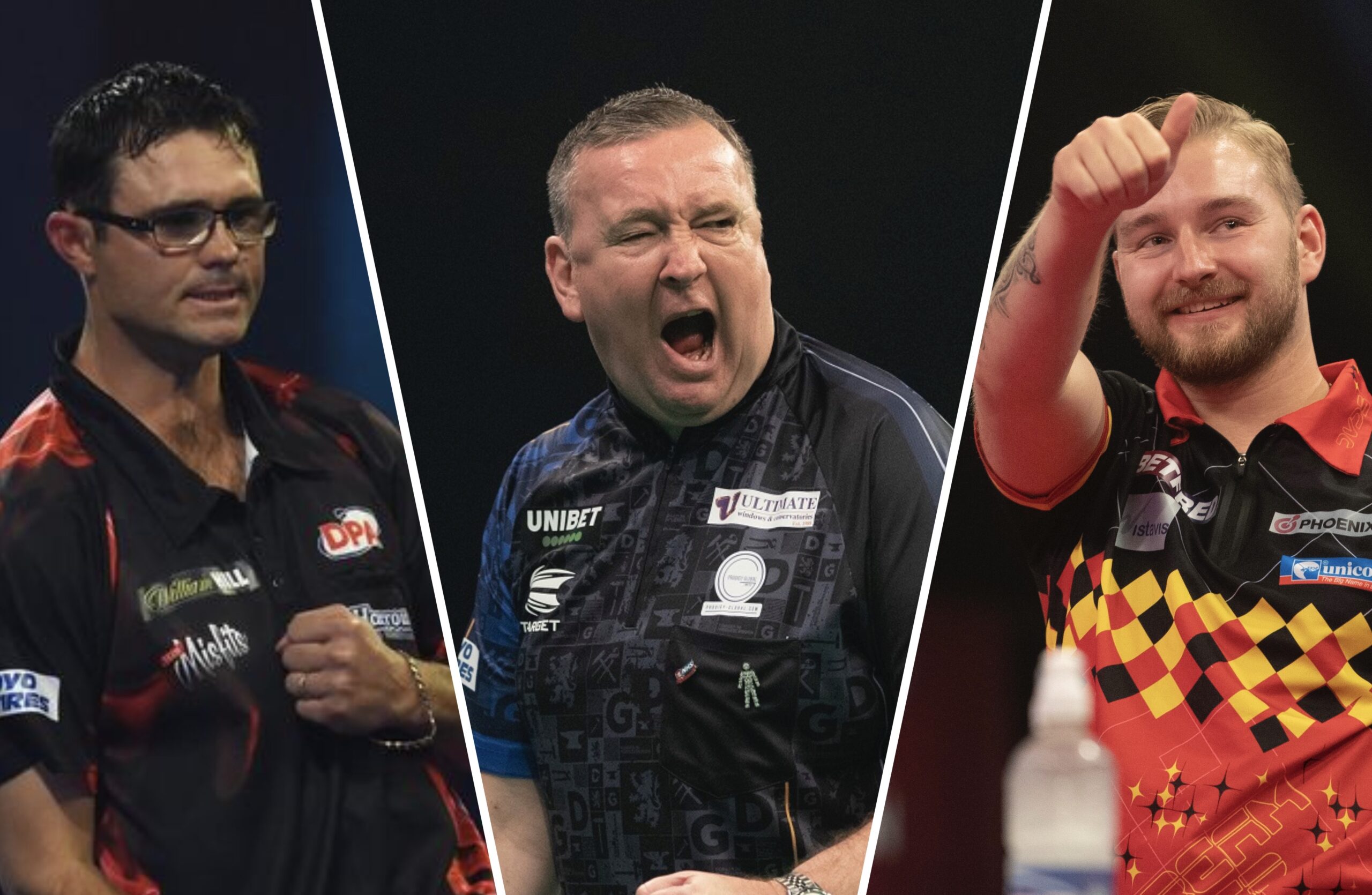 From Glen Durrant to Damon Heta: Ten players to look out for at the PDC Autumn Series

After a number of weeks without ranked professional darts, the PDC ProTour resumes this weekend as the Autumn Series takes place in Niedernhausen.

Gerwyn Price and reigning world champion Peter Wright enter the fray as the picks of the pack in terms of the rankings, and we’ve selected ten players to keep an eye on across the five days.

The world number one has been the subject of much discussion recently after his shocking elimination from the Premier League, failing to even make the Play-Offs after winning the league phase in all of his previous appearances in the tournament.

Despite winning two titles at the Summer Series, ‘Mighty Mike’ suffered early exits on the other three days and was beaten in the second round of the World Matchplay by Simon Whitlock.

The Autumn Series is a big chance for Van Gerwen to change his form (Photography: Lawrence Lustig/PDC)

It will be fascinating to see whether he can regain the form that saw him win the UK Open in March as the Dutchman continues to languish in sixth on the ProTour Order of Merit.

Wright enjoyed a successful return to Premier League action, qualifying for the Play-Offs for the first time since agonisingly missing out on the title in 2017. He also hit his first televised nine-darter as well as missing double 12 for two more.

The World Champion was arguably the best player during the two weeks in Milton Keynes, so if he can bring that form to Niedernhausen, he has every chance of adding to his tally of two ProTour titles so far this season.

Not only that, but Wright has also held an incredibly consistent record on the floor this year, winning his board final in all 13 Players Championship events so far and amazingly, also holds an overall average of over 100 after 69 matches.

The three-time BDO World Champion became the first player other than Phil Taylor and Michael van Gerwen to top the league phase of the Premier League, so should be full of confidence ahead of the week in Germany.

However, ‘Duzza’ has suffered something of a quarter-final curse in Players Championship events thus far in 2020, reaching that stage four times and failing to win any of them, including twice at the Summer Series.

He will be desperate to add to his pair of titles that he won last year as the Middlesbrough man looks to shoot further up the rankings after his fantastic start to life in the professional ranks.

Gurney was the first to admit that the four-month hiatus was all about family time for him, so he was slightly surprised with his excellent form at the Summer Series in Milton Keynes, reaching one semi-final and another quarter-final with some huge averages along the way.

A disappointing World Matchplay was followed by what has been labelled ‘The Great Escape’ in the Premier League, surviving elimination after being three points adrift of Rob Cross.

However, the Northern Irishman struggled to get going in the second phase despite putting out Van Gerwen, so will be looking to regain some form over the coming days and stay in the top 10 of the ProTour Order of Merit.

The World Matchplay champion returns to the oche for the first time since that magical success in July, where he defeated three former World Champions on his way to becoming the first Belgian winner of a PDC major.

The £150,000 in prize money rocketed Van den Bergh into the top 16 for the first time, and he looks set to stay there for a while, and could even go higher.

Despite a slight increase in floor performance last year, ‘The Dream Maker’ is yet to reach a ProTour quarter-final so far in 2020, so will be aiming for plenty of wins in Niedernhausen to prove his Matchplay success wasn’t a fluke.

Whitlock produced a stunning performance at the Matchplay to beat Michael van Gerwen 11-4 and reach a first major quarter-final for nearly two years.

That run has been the exception rather than the rule of late, though, for ‘The Wizard’ and he finds himself out of the top 16 after Van den Bergh’s climb up to 12th.

He also sits well outside the ProTour qualification places for October’s World Grand Prix, so needs a very strong Autumn Series to avoid missing out on the tournament that he reached the final of three years ago.

‘The Titan’ has been a regular on the tour for the last six years or so, and had so far failed to make a significant mark on the PDC. However, last year Van Duijvenbode showed signs of form, producing several high averages on the floor but consistently proved unlucky with draws or opponents playing well.

Consequently, he lost his Tour Card at the end of last year, but managed to regain it fairly easily in January’s European Qualifying School. The averages of 2019 have now been translated into results with two semi-finals before the suspension of darts, including one on the European Tour.

That ranking money added to a couple of last 16 runs sees the Dutchman in a qualifying position for the Grand Prix in Coventry, thanks in part to the smaller number of tournaments than usual. However, he will be seeded for the events in Niedernhausen, so should have enough for a debut in the double-start event.

Petersen is another player who has pulled up trees this season, and as a result will be seeded next week at the Autumn Series. Part of his problem prior to this year was bad luck with draws, but he will now be guaranteed to avoid other seeds until the third round.

Compared to Van Duijvenbode, the South African sits in a slightly more precarious position in terms of World Grand Prix qualification, but if he can show the form that got him to a semi-final at the Summer Series, he should be able to join the Dutchman in Coventry.

Reaching one of the PDC’s traditional majors would be a sign of huge progress for ‘The African Warrior’ and show onlookers how far he has come in the last eighteen months or so.

Canadian Smith won a Tour Card for the second time at the start of this year, and started off brilliantly, reaching a final in the very first Players Championship staging.

That was complimented by a semi-final in Milton Keynes in July to put him inside the top 50 of the PDC ProTour Order of Merit.

He currently sits £500 outside the World Grand Prix qualification places, so it would be something of a fairytale if ‘The Silencer’ was to reach one of the showpiece majors in his first year back on the professional scene after everything he has been through.

‘The Heat’ burst onto the scene in some style in August of last year, going all the way and winning the Brisbane Darts Masters. He followed that up by winning a Tour Card in January and looked pretty good at times, notably reaching the second round of the Belgian Darts Championship.

Due to restrictions related to the coronavirus pandemic, he was unable to travel to Europe for the Summer Series, but has now been able to base himself back in England ready for a serious tilt at qualifying for the World Championship.

If he can find the form we’ve seen glimpses of on a more consistent basis, Heta is certainly one to keep an eye out for in Niedernhausen and beyond.