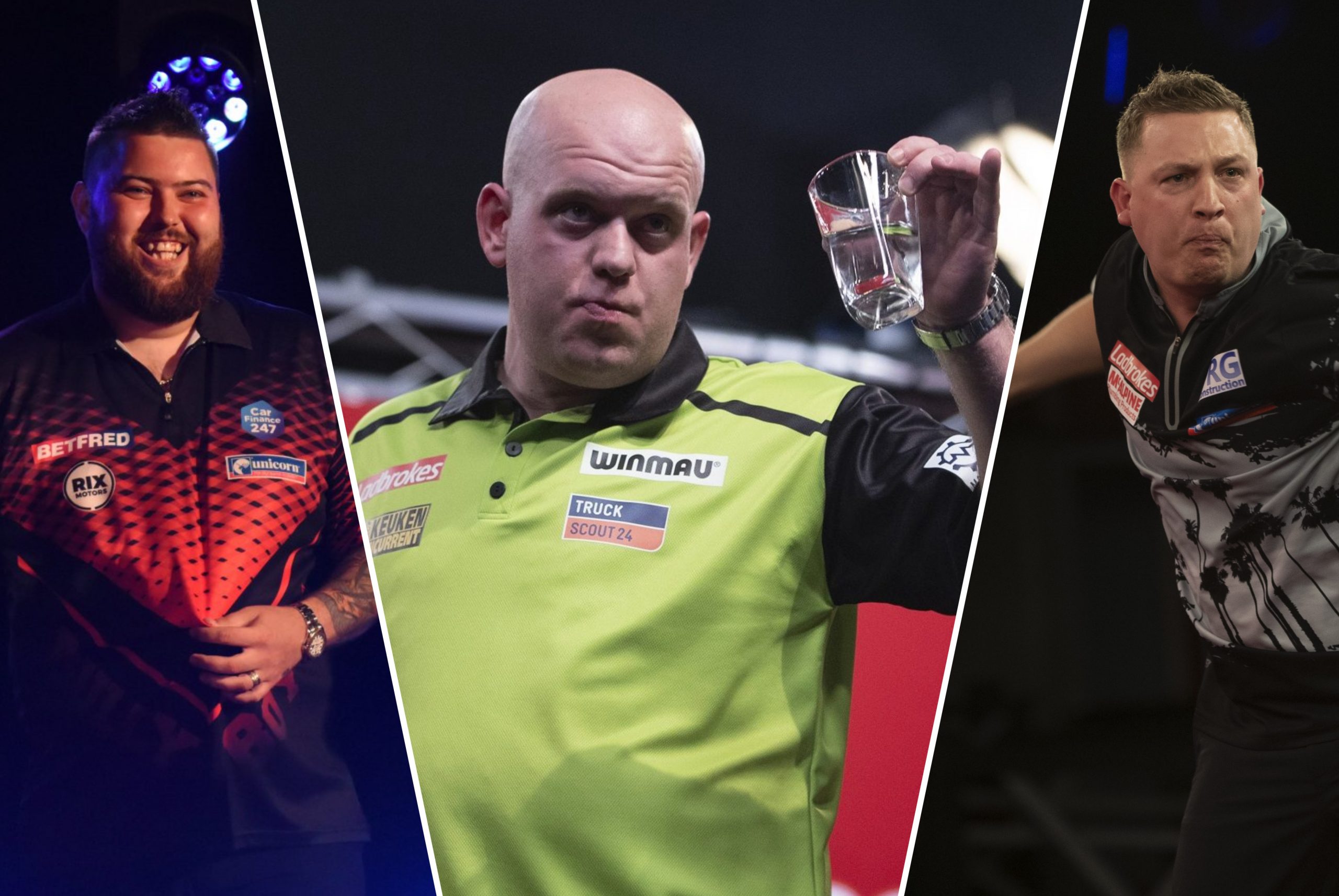 From Michael Smith to Chris Dobey: Eleven players to look out for during the PDC Summer Series

After a four-month hiatus at the hands of the coronavirus pandemic, professional darts returns on Wednesday as the PDC Summer Series takes place in Milton Keynes.

The Marshall Arena will host 128 of the sport’s greatest talents in a ‘bubble’ environment with each and every player and member of staff being tested and then kept under strict regulations inside the venue.

Gerwyn Price and reigning world champion Peter Wright enter the fray as the pick of the pack in terms of the rankings, but we’ve selected eleven players to keep a look on during the anticipated restart of the sport.

Although it seems like an obvious choice bearing in mind the fact that he remains top of the tree and the world number one, we haven’t heard or witnessed much of Michael van Gerwen during the enforced suspension.

While others have taken to the online darts initiative and competed in the PDC Home Tour, van Gerwen has opted to spend time with his young family and pursue regular practice sessions with good friend and fellow professional Vincent van der Voort.

Only time will tell whether or not his decision to disregard remotely contested darts has payed off, but the sheer natural talent of the three-time world champion will surely pull through in Milton Keynes.

The new world number six Nathan Aspinall was the penultimate winner of a ranking title prior to the four-month hiatus, and since then has become the inaugural Home Tour champion from his home in Stockport.

Aspinall has been one of those players who have adapted well to darts from home. That persistent practice, and more importantly the continuation of playing against opponents albeit in different locations, should play into his hands upon the restart.

Michael Smith made the darting headlines during the early stages of the lockdown period thanks to his admirable work off the oche in raising a sizeable £5,000 for NHS workers.

The former World Championship finalist has also shedded almost three stones in weight during the prolonged break – which could benefit him significantly as we enter an action-packed backend of a so far decimated season.

Similar to the aforementioned Smith, two-time world champion Adrian Lewis is another of those to have utilised the lockdown period to improve their fitness levels and slim down.

It’s an extremely important five days in Milton Keynes for the Stoke-on-Trent man with the prestigious World Matchplay around the corner and his position as a seeded player on the line.

There are very few that have played more darts during the break than Chris Dobey. The coronavirus pandemic might have scuppered his opportunity of walking out in front of the Newcastle faithful during the Premier League, but he’s claimed titles left, right and centre since.

Dobey has heaps of work to do if he is to secure his second successive World Matchplay appearance, and after a successful spell in the remotely contested events, he will be brimming with confidence heading into the Summer Series.

Having recently reached the final of the Behind Closed Doors tournament, hosted by Scott Hunt’s North East Darts, Boulton can be compared to Dobey in a number of ways.

Both the World Grand Prix semi-finalist and Scotland-based Boulton have taken to online darts with great aplomb, and locked horns in the previously mentioned Behind Closed Doors staging, with Boulton progressing with a ton-plus average before losing to Glen Durrant in the final.

Boulton won on only one occasion during the eight Players Championship events before the suspension, but many sense the tables turning after a prosperous break.

Royden Lam. Seigo Asada. Lourence Ilagan. Just some of the names many expected to emerge as the first Asian player to make the step and place the continent firmly on the darting map.

Since winning through Qualifying School in January, Hong Kong’s Kai Fan Leung has fully committed himself to the professional circuit, relocating to Liverpool to reside alongside his exiled cousin.

He travelled almost 6,000 miles to attend the Summer Series, just months after setting his alarm for 3am in order to compete in the Home Tour before allowing his dog Bauble to make a special guest appearance.

Leung’s ability on the dartboard is unquestionable and the numbers he produces are often astronomical; the regulations in place for the upcoming tournaments will also benefit him as a more methodical thrower.

After regaining his professional tour card in January, van Duijvenbode was one of the form players before the season was brought to the ground, reaching two ranking semi-finals.

If the often boisterous Dutchman is able to pick up from where he left off, he could prove a massive threat throughout the Summer Series, and could even sneak into World Matchplay contention.

Unlike everyone else heading to Milton Keynes, bar his fellow countryman Christian Bunse, Gabriel Clemens has already experienced darts with social distancing regulations in place.

‘The German Giant’ was a semi-finalist in last month’s German Super League, and managed to adapt considerably well to the adjusted directives.

Clemens still awaits that elusive maiden crown within the professional echelons of the sport, however, he’s reached three ranking finals on the floor and that one step further could well be achieved in Milton Keynes.

‘The Polish Eagle’ swooped on his seventh PDC title before the four-month hiatus (Photography: PDC)

Krzysztof Ratajski is up to 15th in world rankings for a reason, but he’ll want to better that ahead of the upcoming World Matchplay in the hope of avoiding the likes of world number one van Gerwen and world champion Wright.

‘The Polish Eagle’ enters the Summer Series as the third seed and that shouldn’t be a surprise to anyone. Ratajski has emerged as a contender for any title on the planet. He’s already got seven ranking titles to his name, and he’s going to add to that sooner rather than later.

Despite not currently owning a coveted professional tour card, Dorset farmer Scott Mitchell received an invitation for the Summer Series as the Challenge Tour leader.

Mitchell is one of twelve world champions to be competing throughout the five days at the Marshall Arena, and none of those have played more competitive darts during the elongated break than ‘Scotty Dog’.

He has participated regularly in the remotely contested Modus Icons of Darts Live League, claiming the spoils on multiple occasions and gaining much-needed match practice in the process.