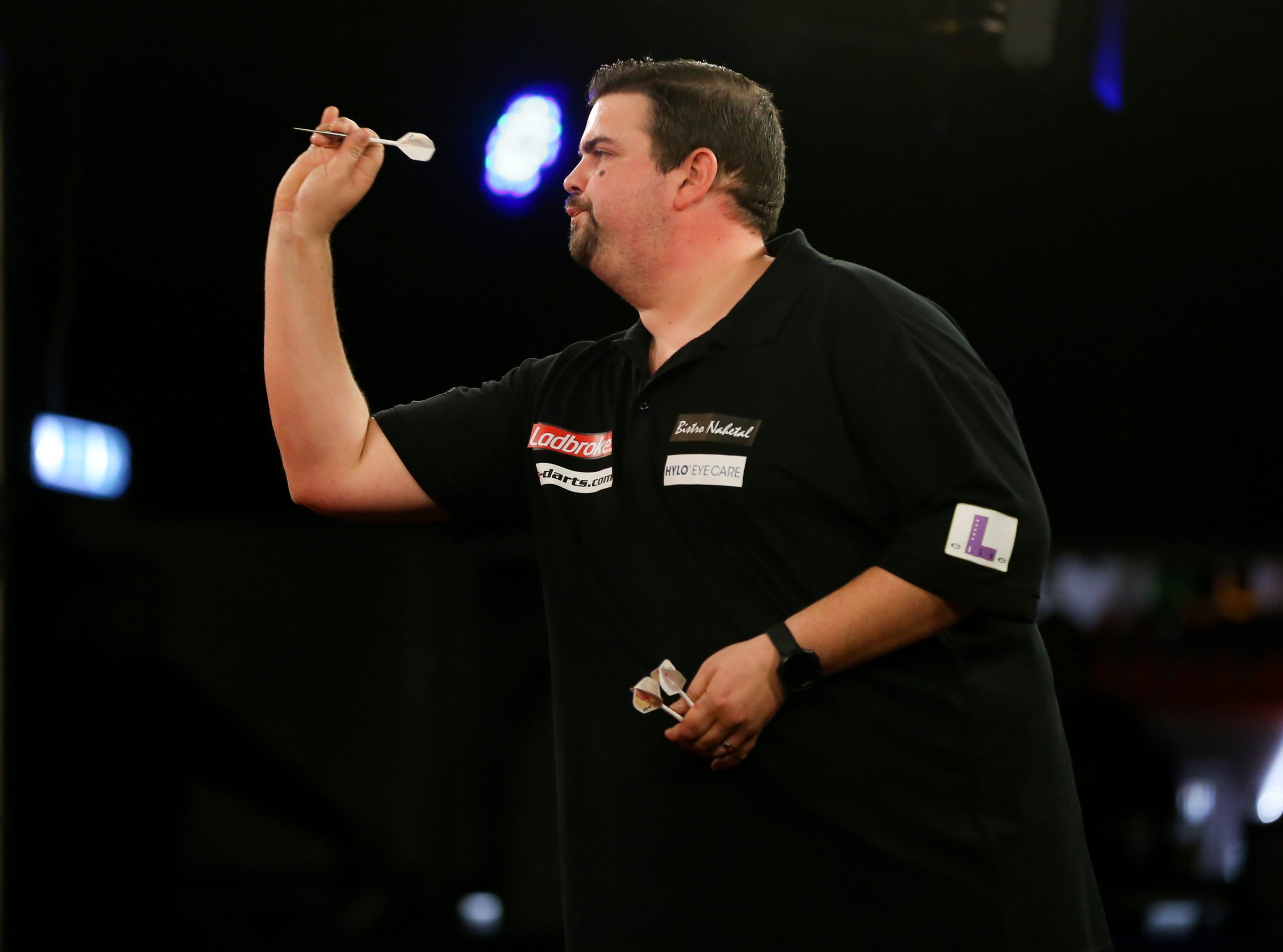 “I think it’s like every tournament, you want to win it,” said a confident Gabriel Clemens ahead of Finals Day in the rejigged PDC Europe German Super League.

Prior to a proposed return to the professional circuit in early July, Germany’s number two Clemens will compete amongst eight high-profile fellow countrymen on Sunday afternoon, with a World Championship ticket up for grabs.

As a PDC tour card holder, ranked within touching distance of the world’s top 32, Clemens is a substantial favourite to claim the spoils at the studios of Sport1, located in Ismaning near Munich.

The German Super League has emerged as the leading light in terms of the sport’s return from the shutdown. Social distancing has been detectable throughout the duration of the revamped league phase, with a one-way throwing system being adapted and an additional official indicating when players can walk towards the oche.

Masks have been implemented as a necessity for those not throwing on stage, and German Darts Masters finalist Clemens has stated that there were no threats to the health of players during the initial stages of the tournament.

“There wasn’t any health concerns,” he expressed. “I know that they have to check everything with the German government – who were really strict with all the things they have to organise to be able to do an event like the Super League.

“We had enough space between our tables, every player had his own. If there was more than one person on the training boards we have to wear a protection for mouth and nose, and there was a lot of opportunity to disinfect the hands.”

Obviously socially distanced darts is played at a much lower tempo that what is normally witnessed, however, Clemens was simply happy to be competing once again despite some difficulties.

“It’s been both different and difficult because the rhythm to play is completely different,” he said. “It’s not as fast as normal. But I was happy that I was given the opportunity to play darts again in a competition.”

Beforehand, Clemens competed in the PDC Home Tour without a great deal of success as he departed at the first hurdle at the hands of Jelle Klaasen – who reached the finals of the innovative remotely contested staging.

Aside from his one-night only appearance in the Home Tour from his residence in Saarwellingen, Clemens spent the majority of Germany’s shorter period in lockdown with his partner, Lisa, and reopening his dedicated darts store.

“I reduced my training time at the beginning of the pandemic. But I never stopped it to be prepared if the tour was to continue,” Clemens added.

“I’ve spent a lot of time with my girlfriend. As it was possible to reopen my darts shop, I worked there and I was in my training room almost every day. There wasn’t too much opportunity elsewhere to do other things.”

Following his exploits in Sunday’s German Super League finals, Clemens hopes to return to the professional scene next month, with the PDC ProTour recommencing from July 8-12 in Milton Keynes.

However, current regulations sanctioned by the UK Government could hinder his opportunity of doing so as a two-week quarantine period has been implemented for overseas visitors.

“I’m really happy if that will work and I hope that all players are able to travel [to England],” said Clemens – who reached the World Masters semi-finals three years ago before winning his professional tour card months later.

“At the moment, it’s not so easy to plan something because the UK Government says that every non-UK citizen has to go into quarantine. We can only wait to see what will happen in the next days or weeks.”

Clemens currently sits comfortably within the qualification places via for the ProTour for the World Matchplay, scheduled to take place from mid-July at either Blackpool’s prestigious Winter Gardens or the Marshall Arena in Milton Keynes.

‘The German Giant’ will provisionally make his World Matchplay debut next month, but the tournament wouldn’t be same away from Blackpool, says Clemens.

“It would be great for me and I’ll be very happy if I’m qualified at the end of the cut off. It’s a great tournament,” said the four-time PDC ranking event finalist.

“I hope so much that it will be played in Blackpool. It’s a difficult time, but I don’t think it would be the same to play it at another venue. We’ll see what happens and of course we have to wait until July.”

If UK Government directives are amended before the turn of the month, Clemens will have the experience of playing under socially distanced rules and within a strict environment, whereas his fellow professionals may not.