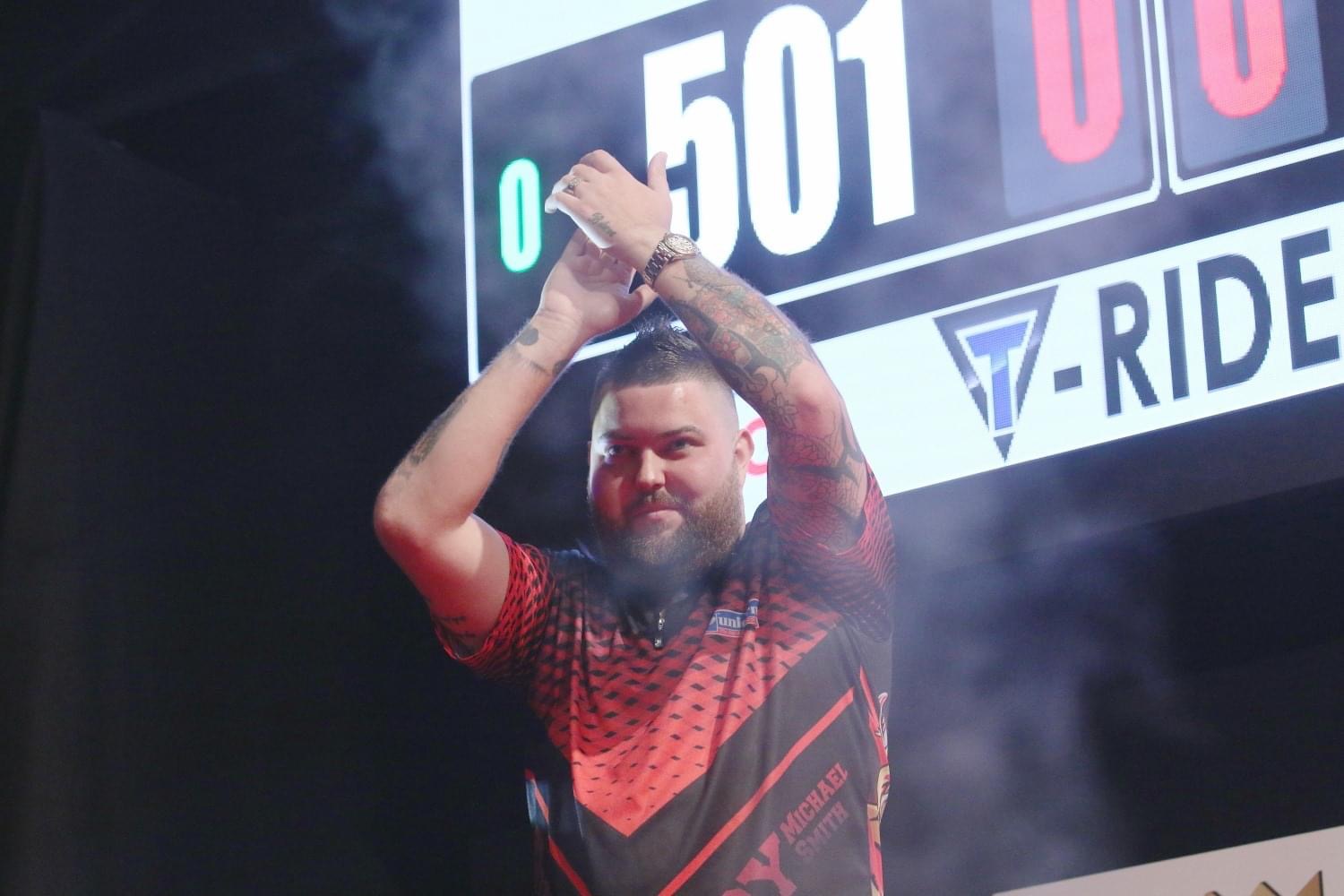 ‘Bully Boy’ beat Alan Tabern 6-2 in the final game of the night to set up a mouthwatering tie with world champion Peter Wright.

Fans were present in Hildesheim in the second event in successive weeks with supporters admitted.

And the home crowd got to see five German players progress to the second round of the year’s second European Tour event.

There were victories for Lucas Wenig, Dragutin Horvat, Gabriel Clemens, Nico Kurz and Max Hopp to keep the crowd dreaming of a local hero.

Devon Petersen continued his good run of late averaging 95 and hitting 6/18 on the doubles as he beat Jeffrey de Zwann 6-3, as he looks to continue his bid for an outside place at the World Grand Prix in Coventry.

Elsewhere in the race for a spot in Coventry, Chris Dobey progressed to the second round with a 6-3 win over Ryan Murray and Mervyn King beat Stefan Siepmann 6-1.

Meanwhile, Jeff Smith, who needs a deep run to get into the qualifications spots, won in a last leg thriller whilst victories for the Irishmen William O’Connor and Steve Lennon see them also in with outside chances of making the Grand Prix.

The day started with a 164 checkout being the highlight as Scott Waites got his campaign underway with a 6-3 victory over Darren Penhall, whilst Richard North, Danny Noppert and Adam Hunt were the other winners from the first day of European Tour action since March.

The German Darts Championship resumes on Saturday afternoon as the second round commences in Hildesheim.