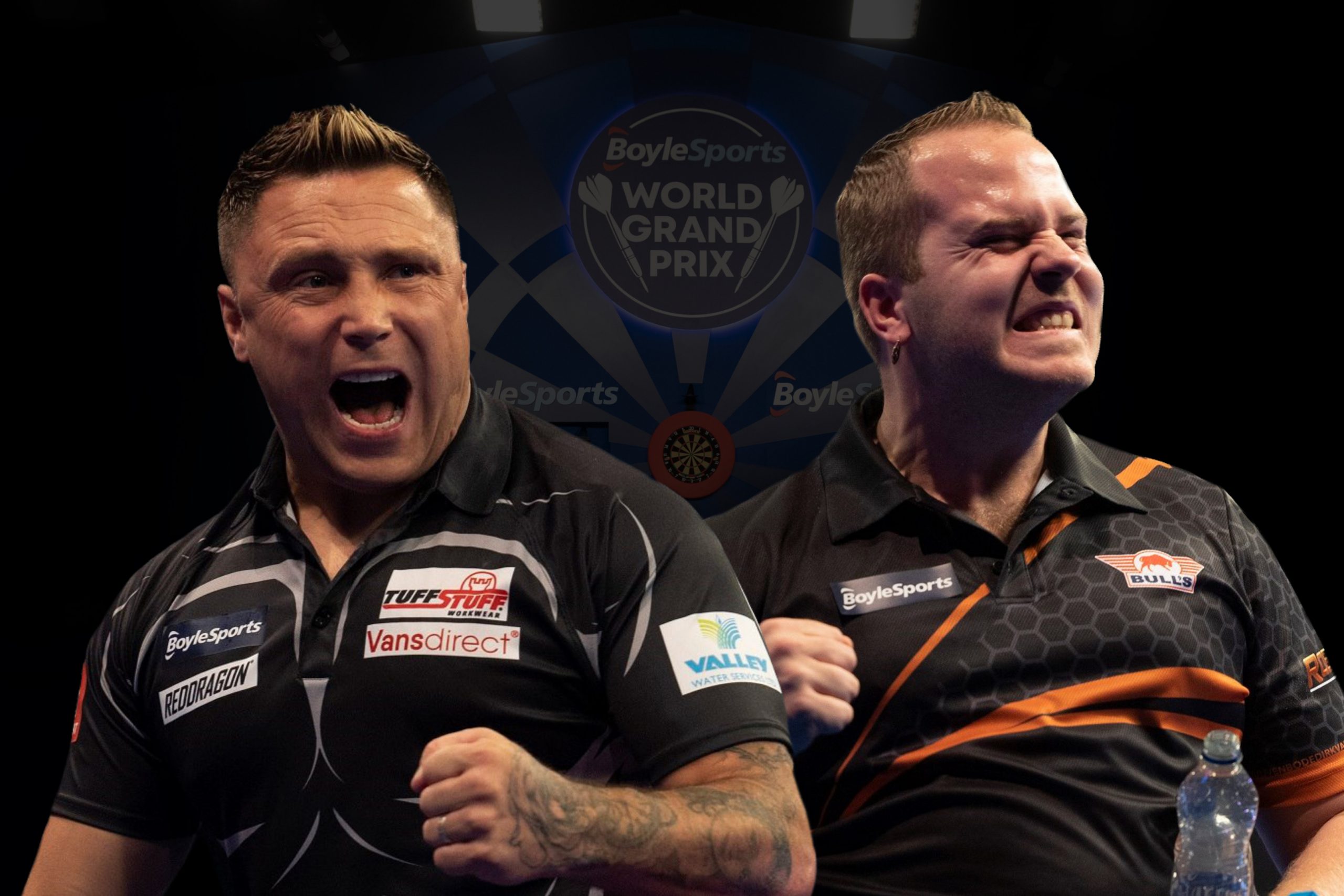 It’s far from a surprise that two-time ranking major winner Price has reached yet another final, but aubergine farmer Van Duijvenbode has utilised his underdog tag to perfection.

It’s a somewhat similar occasion to that World Championship final between John Part and Kirk Shepherd many moons ago.

Unlike Part, Price hasn’t quite lifted the sport’s showpiece staging quite yet, but 200/1 shot Van Duijvenbode has upset the odds and reached his maiden major final out of nowhere.

Van Duijvenbode richly deserves to be at this stage, having overcome four major winners and beaten them with relative ease, and dropped no more than one set in each of his victories.

Dimitri Van den Bergh, Gary Anderson and Simon Whitlock have since been brushed aside by the flamboyant thrower, with Price hoping to avoid being added to that list come Monday evening in Coventry.

‘The Iceman’ cruised into the last four with wins over Jermaine Wattimena, Kim Huybrechts and Jeffrey de Zwaan, before surviving multiple match darts in the semi-finals against Dave Chisnall.

In terms of their head-to-head, Price has the favour, winning all ten of the pair’s previous meetings which have spanned across four years, including two ProTour semi-finals before the enforced shutdown.

Van Duijvenbode was throwing the darts of his career prior to the lockdown period, and without that spell of excellence, he wouldn’t have qualified for his double-start debut let alone reached the final.

Price also holds the advantage when considering both their tournament averages and maximums statistics, whereas Van Duijvenbode has been significantly more prolific on the doubles.

The 28-year-old has less starting doubles squandered as well as considerably better efficiencies in both the starting and finishing departments than the Welshman.

It’s an intriguing affair, and whether Van Duijvenbode wins or loses, he’ll be back on the aubergine farm on Tuesday morning, whereas Price will be seeing his two daughters after a week in the ‘bubble’.