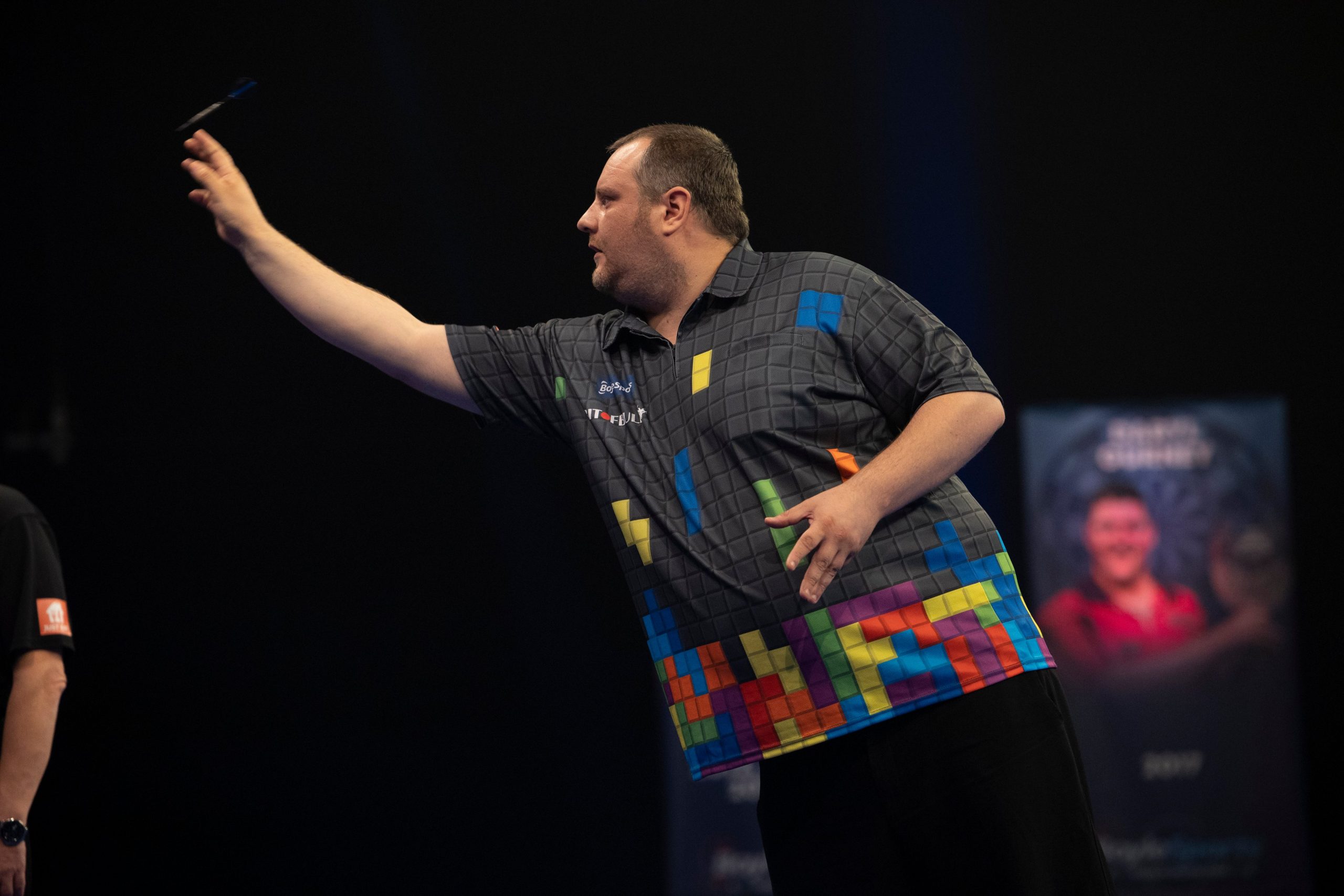 The second night of the tournament opened up with an edgy affair between Brendan Dolan and Kim Huybrechts.

Dolan justified his slight favourite tag to win the opening set and breaking Huybrechts throw in the third leg on his way to winning the first set.

The Belgian roared back to claim the second set which was the tightest of the lot, Dolan nearly won the second leg after sitting on 325 as his opponent was left on 34.

Huybrechts pulled level and the third set was devoid of any real quality; however Kim won it to claim a 2-1 victory, with an average of only 86.91.

Up next was Jonny Clayton against Ian White, Clayton won the first set fairly comfortably and looked in fine form.

White found something in the second set, despite losing the first leg, to keep himself in the match.

The Welshman won the first two legs of the third set, taking out a much needed 90 in leg two and he closed out the match with a majestic 106 to win his first ever Grand Prix match.

The most eagerly awaited match of the night was between Dave Chisnall and Glen Durrant. ‘Chizzy’ was excellent in the opening leg, averaging 104.95 to lead 1-0.

Durrant’s last chance slipped by as he missed double tops to level the scores in the second set but it was to no avail as Chisnall wrapped up the match in style to win in straight sets. 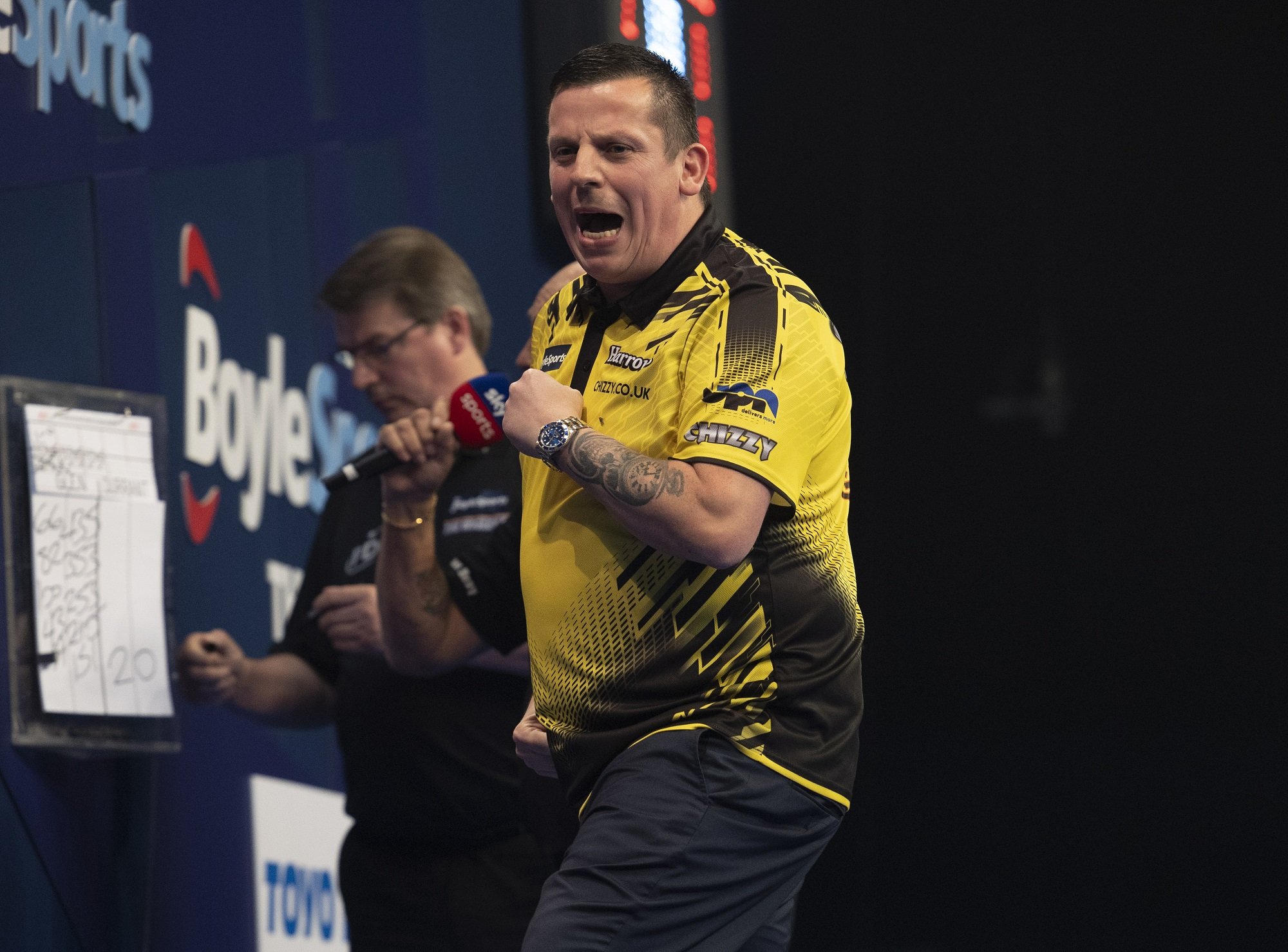 Elsewhere on the night, Joe Cullen produced a shock by dispatching Daryl Gurney in a tense match. The former Grand Prix winner had no answers to Cullens confident performance.

The reigning world champion Peter Wright was knocked out rather tamely by Ryan Joyce. Wright even failed to score in the second leg in set two and Joyce took advantage by utilising double 16 throughout the match to secure a famous win.

Gerwyn Price broke the run of seeds dropping out by prevailing against Jermaine Wattimena in straight sets.

Price had a poor start and was down by two legs in the first set before embarking on a remarkable turnaround to win the set. The second set also went to the wire before Price won it 3-2. He goes on to face Kim Huybrechts.

One of the most notable performances on the night was by Gabriel Clemens, who knocked out Nathan Aspinall. It would be a case of missed opportunities for Aspinall, as the draw was looking favourable for the winner of the tie.

The standard throughout wasn’t the best, both sets being fairly tight, but Clemens showed his grit to go on to the next round and face either Hughes or De Zwaan.

Simon Whitlock was up against Chris Dobey in the penultimate match of the night. The onus was on Whitlock, who was drafted in last minute due to Adrian Lewis having to withdraw, to take the bull by the horns.

The Australian was flawless in the first set, whitewashing his opponent with an average of just over 100, taking advantage of Dobey’s lacklustre start.

An 11-dart leg gave Whitlock the chance to win the match on his throw and he delivered. Finishing with an average of 101.12, it was a dream return to the Grand Prix stage for Whitlock and he faces Mervyn King in the second round.

The last of the first round match ups was between Jamie Hughes and Jeffrey de Zwaan, in what was a great opportunity for both players to progress to the next round.

De Zwaan won a scrappy first set, which was lacking in any real quality with both players understandably edgy due to what was at stake. The Dutchman’s checkout of 80 was the highest of the first set.

Hughes produced much better darts in the second set, rattling in a couple of 160’s to settle into a 2-1 lead. He took advantage of De Zwaan’s drop in performance to execute a fantastic last leg and win the set.

De Zwaan took charge in the third set, landing a magnificent 136 checkout in the second leg to put him on the brink of victory. The match was over after a fine 72 checkout helped De Zwaan to a 2-1 win.

It was a night of shocks and for the two replacements to show that they really should be at the event in the first place.

The action continues on Thursday night with the first four second round matches taking place. With all but two seeds knocked out, it might be a chance for a new winner of the event.